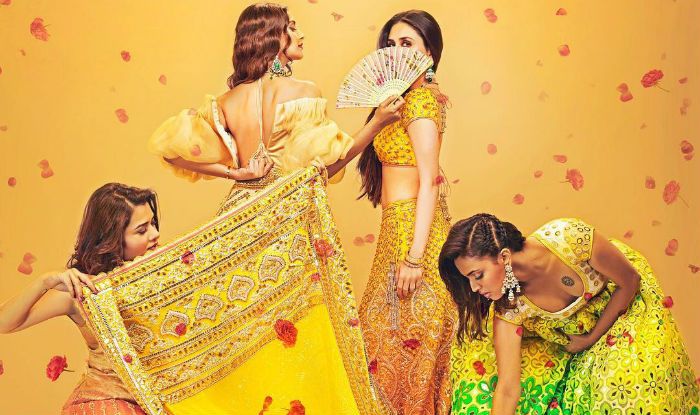 Bollywood’s power producers Ekta Kapoor and Rhea Kapoor recently collaborated for Veere Di Wedding, India’s first film headlined by the country’s contemporary female stars.
The film that celebrates friendship and the spirit of the modern day Indian woman , went on to receive rave reviews and made history at the box office
Inching towards the 50Cr mark at the box office in less than 5 days since it’s release, Veere Di Wedding has truly gone on to become a game changer, with the love of the audience and box office numbers standing testimony to that .
Interestingly, Ekta and Rhea have much reason to celebrate as the film was a subject of heated discussion and is being celebrated like never before . It’s no surprise then that rumor mills have it that the ladies are already in talks for a sequel of the film.
Reveals a close source, “Ekta and Rhea were spotted at a hush hush dinner last night and were seen having a great time. They were also in an intense discussion which has led to speculation on whether a sequel of VDW is on the cards. The two producers may come from different schools of cinema but have always aimed to make films that are distinctive and have been path breakers. With the success of Veere Di Wedding, several from the industry have been encouraging the two women producers to work on a sequel since the concept and the characters of the film were so loved”.

7 Secrets To Change Your Life Overnight.

Details About the Bonuses Available at Stake.com and How to Get Them

There is so much controversy going on this movie, “Veere di Wedding”