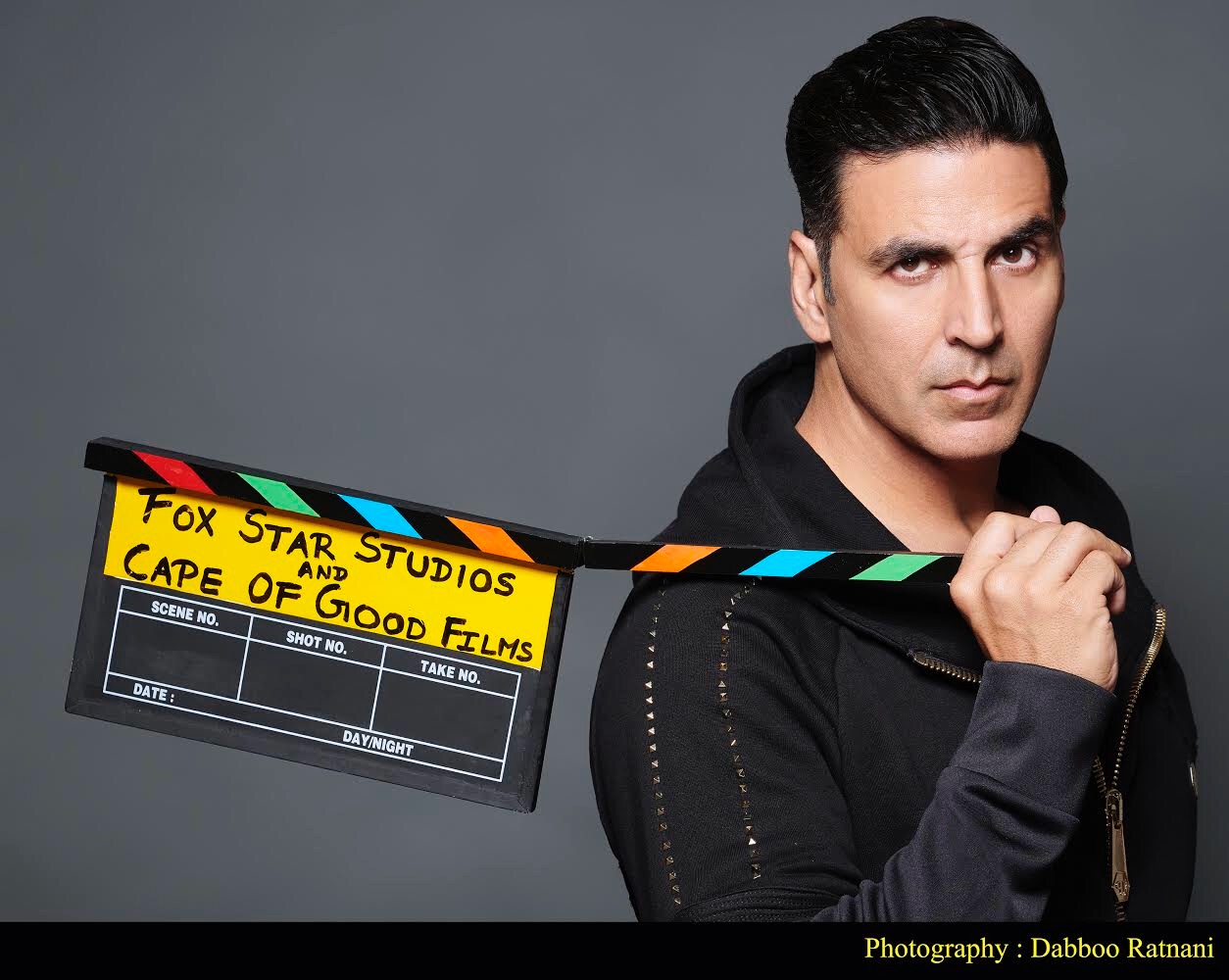 The synergy will see an array of distinct entertainers over 3 titles with Akshay Kumar in the lead, to be jointly produced by Fox Star Studios and Cape Of Good Films. The first film to come off this partnership will be India’s first space film, Mission Mangal, which is in collaboration with R Balki & the film will be directed by Jagan Shakti. The shoot for Mission Mangal commences in mid November.
Commenting on the association, Akshay Kumar said “I am delighted to find a new creative partner in Fox Star Studios and am looking forward to creating a collaboration that will deliver a meaningful and entertaining cinematic experience. With our combined energies we hope to create content that not only excites but also empowers.”

Vijay Singh, CEO, Fox Star Studios, said, “With Jolly LLB 2, Fox Star Studios and Akshay Kumar delivered one of the biggest hits of 2017 – it gives me great pleasure to take our association with Akshay further with this three film partnership with Cape Of Good Films. Akshay is one of the most successful actors who has a fantastic understanding of scripts and changing audience preferences. We are looking forward to an unprecedented collaboration with the National Award winning actor. “
Amar Butala, Chief Acquisition Officer, Fox Star Studios, said, “We are extremely excited about collaborating with Akshay. It’s a partnership we have envisaged for a long time and are happy to see it fructify today. Akshay has played an immensely valuable role in creating and fronting stories that have not only enthralled the audience but have also inspired change and we hope to bolster that with this partnership. We look forward to creating powerful and compelling stories together.”