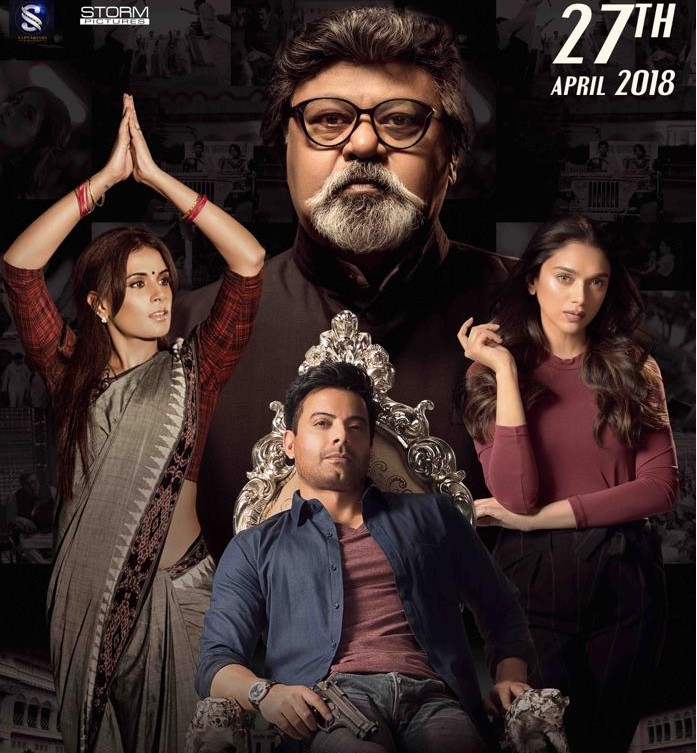 Sudhir Mishra’s upcoming film ‘Daas Dev‘ is going strong with word of mouth for its ensemble star-cast and powerful story.

Set against the backdrop of Uttar Pradesh, the film is a reverse take on Sarat Chandra Chattopadhyay’s cult ‘DevDas’ with an extra dose of power, politics, love and addiction. The makers have now dropped the last poster of the film featuring Richa Chadha, Rahul Bhat, Aditi Rao Hydari and Saurabh Shukla and it will leave you perplexed and how!

The poster looks intense with all four characters in their fierce on-screen avatars. The story holds of a profound star-cast and their takes on combating deceptive situations. Daas Dev is put together in a way, that it will take you on a reverse journey followed by some action-packed performances.

This Desi political drama film with a lot of bewildering twists is all set to hit theater screens next week.

Daas Dev boasts of a stellar star cast with Rahul Bhat as Dev, Richa Chadha as Paro and Aditi Rao Hyderi as Chandni. In sync with the lead cast, is Saurabh Shukhla will be seen in one of the most complex roles of his career alongside Vipin Sharma, Dalip Tahil, Deep Raj Rana, Anil Sharma and Sohaila Kapoor. Anurag Kashyap and Vineet Singh will also be seen in special appearances in the film.

Lets see what impact it throws on public