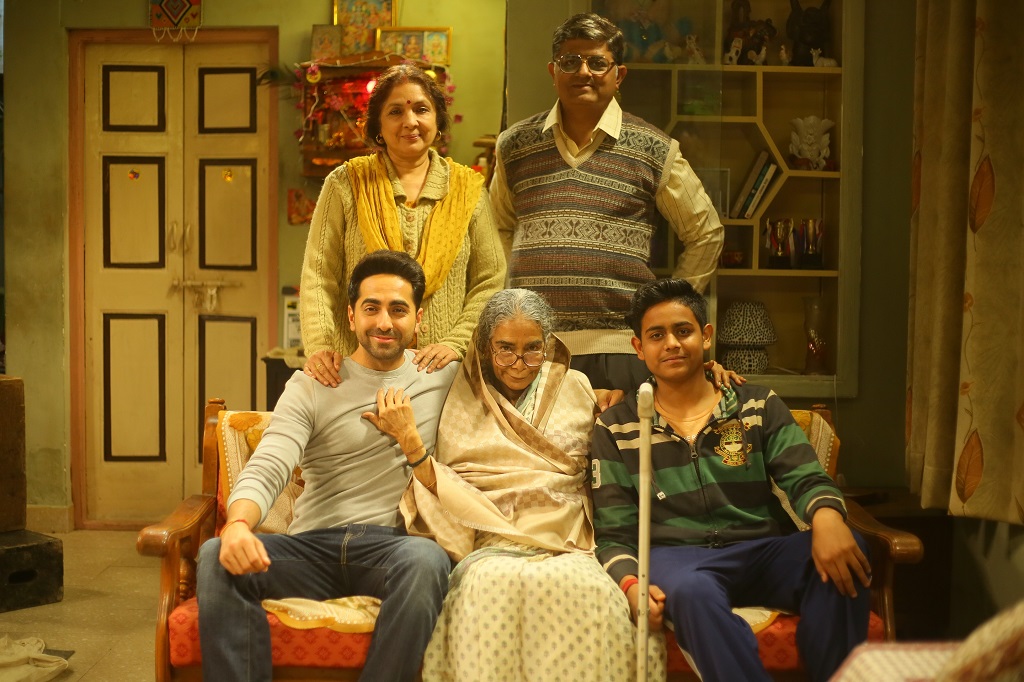 Sustaining the festive cheer from Dussehra to Diwali, Badhaai Ho made a crackling entry in 100 crore club on its 17th day of the release itself.
Touted as family entertainer of the year, Badhaai Ho was appreciated for its novel subject, great performances and as promised, had audiences laughing off their seats. Industry experts lauded the film for re-defining family comedy as a genre. After years, theatres saw families thronging to see the film in packs as Badhaai Ho appealed to audience across age groups.
The family entertainer was unanimously appreciated by critics, B-town and audiences across the country and after taking off to a great start, the film continued to garner spectacular numbers in the following weeks.
You Might Be Interested In
If that wasn’t all, the film starring Ayushmann Khurrana, Sanya Malhotra, Neena Gupta and Gajraj Rao created a never-heard-before splash at the overseas box office as well.
The film crossed $5 million overseas in just 2 weeks. Further to popular demand, screen count of Badhaai Ho was increased in respective countries-a rare feat for an Indian film in recent times.
Says Ayushmann Khurrana, “It was an immediate yes for me. I fell in love with the script of Badhaai Ho as soon as it was narrated. To me the trick to win over the audience is to be one of them and that’s how I went with my gut for this one”.
Director Amit Ravindernath Sharma says, “Badhaai Ho was made with utmost honesty and conviction that came from each person involved on the project. I think the same translated on-screen and we are grateful for all the love the film has received.”
Adds Priti Shahani, co-producer, Badhaai Ho and President of Junglee Pictures, “The response Badhaai Ho has received is overwhelming. Our aim at Junglee Pictures has always been to tell engaging stories in the most entertaining manner. After Raazi, Badhaai Ho made 2018 extra special for us.”
previous post