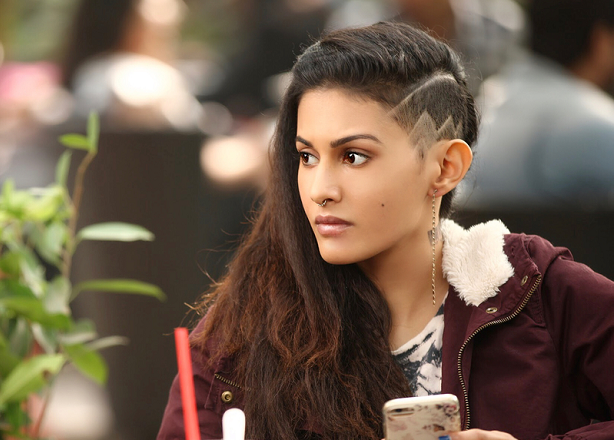 Bollywood girl Amyra Dastur has always been someone who loves to experiment with her looks. The actress who sported a sexy side shave for the upcoming Rishi Kapoor starrer, Rajma Chawal, directed by Leena Yadav, will now be seen in a new avatar for the much awaited multi-starrer Hindi remake of Deva Katta’s Telugu blockbuster, Prasthaanam.

Amyra, who is playing an NRI in the film, sat with Deva Katta, who is directing the Hindi remake and Maanyata Dutt, the producer of the film, to discuss her character’s look for the film. Deva wanted to build a more likable and modern edge to the character, but it was Maanyata who thought of deep purple streaks to intensify the quirkiness and fun element for Amyra’s role.

“I love experimenting with my look. I truly believe that it’s our job as actors to bring a character to life and if that means changing your look, then so be it.” Her co stars in the film, Sanjay Dutt, Jackie Shroff, Ali Fazal and Manisha Koirala also loved the look and said it was ‘different and cool’.

Rajma Chawal is all set to hit the screens on August 31, while Prasthaanam is still being filmed in Lucknow and is most likely set to release in the first quarter of 2019.