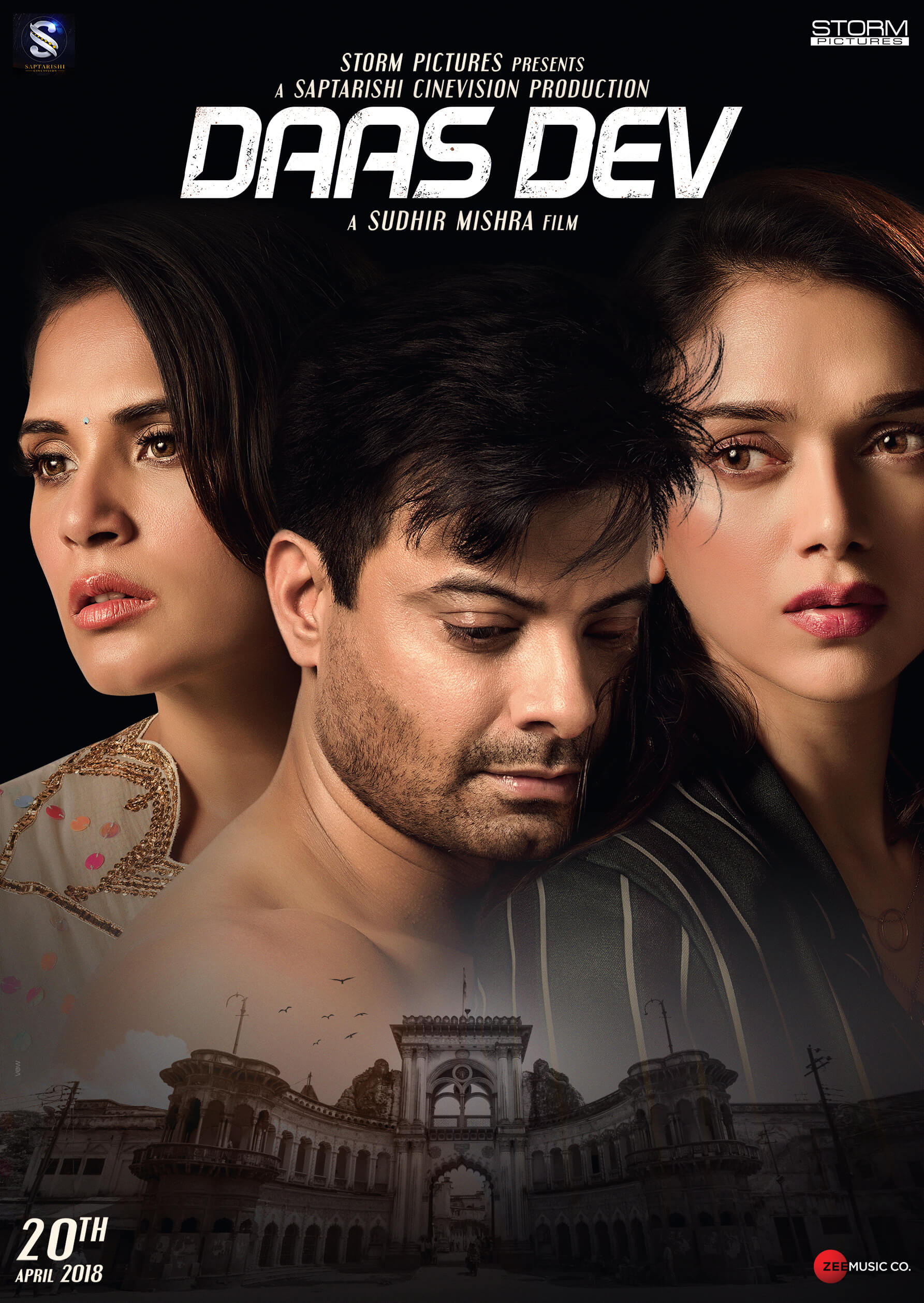 Touted to be his magnum opus, popular director Sudhir Mishra’s ‘Daas Dev‘ embarks on the last lapse of its race to release. In an inventive move, the makers of the flick have launched an extended look of their trailer, giving the audiences a closer look into the world of ‘Daas Dev‘.

‘Daas Dev’ which is Sudhir Mishra’s ode to ‘Devdas’ is a reverse narrative from its original, laced with a confluence of Shakespear and Sarat Chandra Chattopahyay’s iconic novel. The new trailer raises the bar in its showcasing of the politically riddled world of Uttar Pradesh and the games of power, played within while making a powerful statement about how all else can be fixed but love.

A wheel within a wheel with consistent cogs in the system is the world in which Sudhir Mishra’s Dev, Paro and Chandni live. The new trailer takes us on a gritty journey giving us glimpses of the turbulence and the power play even within the ever present love story. With the new trailer, the makers seem to have peeled away another layer of the complex story set against the backdrop of the politically turbulent Uttar Pradesh. In a film said to be layered multi fold, it will be interesting to see what lies at the heart of Daas Dev when it releases.

Daas Dev features Rahul Bhat as Dev, Richa Chadha as Paro, Aditi Rao Hyderi as Chandni. In step with the lead cast are Saurabh Shukhla in one of the most complex roles of his career, Vipin Sharma, Dalip Tahil, Deep Raj Rana, Anil Sharma and Sohaila Kapoor. Anurag Kashyap and Vineet Singh will be seen in special appearances in the film.

Daas Dev, produced by Sanjeev Kumar of Saptarishi Cinevision and presented by Gaurav Sharma of Storm pictures is slated to release worldwide on the 20th Of April.

Waiting till its release

Hope you watched it now..

Sudhir Mishra has always had a unique take on all his films. The trailer looks captivating!

The film is a good one.. Do watch it Santwona

Can’t wait to see it!

Hope you watched it and liked it…

It seems a well crafted movie.

You must watch this movie.. it’s a good one 🙂