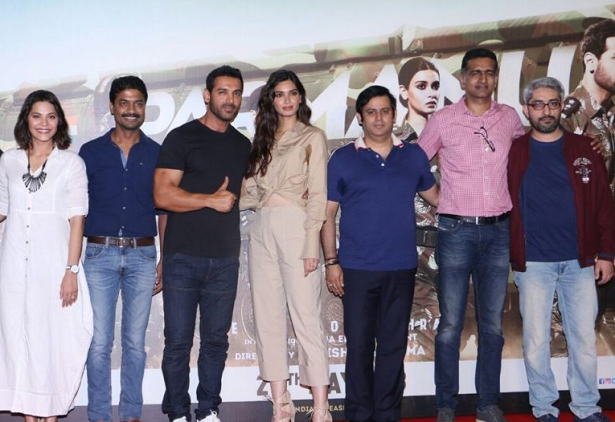 ‘Parmanu– The Story of Pokhran’ has been the talk of the town since its trailer launch and has just increased over the weekend after the release of the film.  It is clear from the name what the movie is about. Based around the events and people behind making India a nuclear nation, flick tells the story of how India decided to become a nuclear state. It salutes the efforts of the Indian Army and scientists who worked so tirelessly against all odds to ensure that India finds its due place in the World Nuclear Map.
Directed by Abhishek Sharma, the film is about a team of officers who were given the responsibility of carrying out a covert operation. The movie takes you riveting journey and promises to be an edge of the seat entertainer. What attracted the audience is to John Abraham back in action and the intriguing plot along with the amazing ensemble cast. 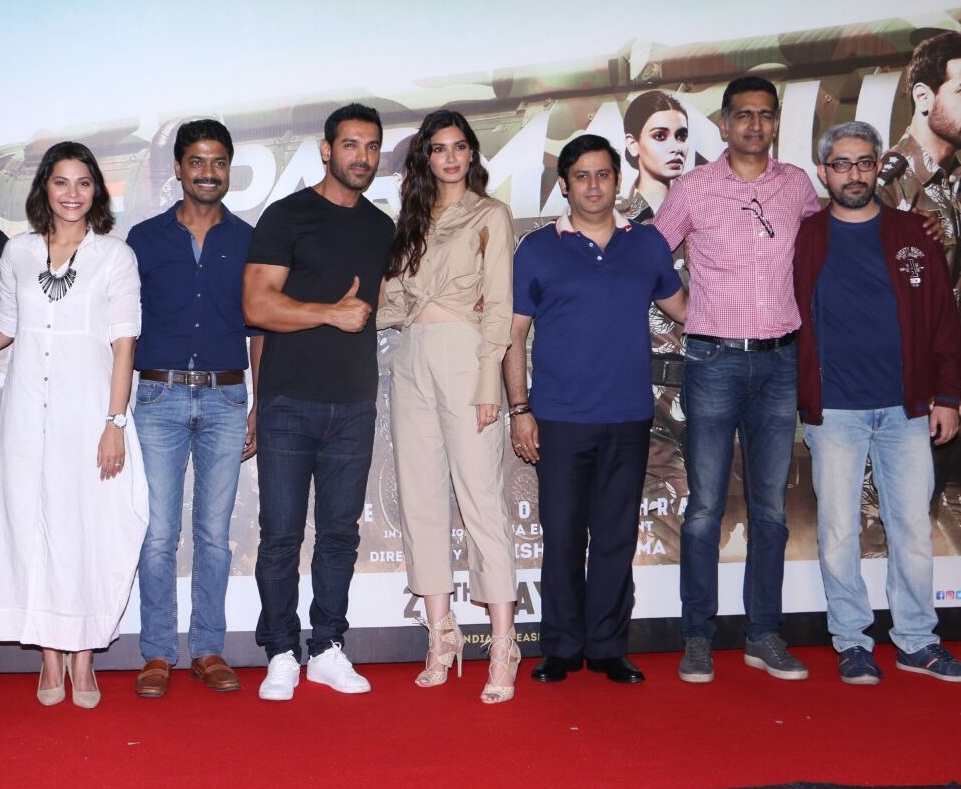 Even after so many legal obligations, producer Ajay Kapoor is ecstatic about the response that the movie has received. Commenting on the same, he says, “It’s really a surreal feeling to see so much love that the movie has received. Parmanu: The Story of Pokhran is a film that should be watched by the people all over the country as it gives us a sense of pride. This film is very important for us and in the same way we will continue to produce such films.”
The movie opens to its hero, Ashwat Rana played by John Abraham, an IAS officer, trumpeting his patriotism. Ashwat, a smart, moral, conscientious officer, is dedicated to the cause of the nation. How Ashwat puts up a team of diligent workers and executes the mission in total secrecy, is something that will intrigue the audience. The film that also stars Diana Penty and Boman Irani in pivotal roles.
At the trailer launch, John thanked the entire cast and crew for standing with him through this journey and gave a special shout out to Ajay Kapoor. John said, ‘Mr. Rockman, Ajay Kapoor has really stood by me in the entire process right from the start.”

When asked about his contribution towards helping John throughout the process, Ajay said, “I was with John before, I am still and will always be with him. This film is very important for us, we wanted the audience to be able to see the film in theaters.” The two of them have been standing with each other through thick and thin throughout the legal process.”
Thrills, suspense, drama, a little bit of humour, as well as a solid comment on India’s soldiers – this movie, largely has all the tricks to please even a discerning audience. It is definitely an untold story which is well-mounted with excellent production values that is sincerely presented.
The film released on May 25.
previous post