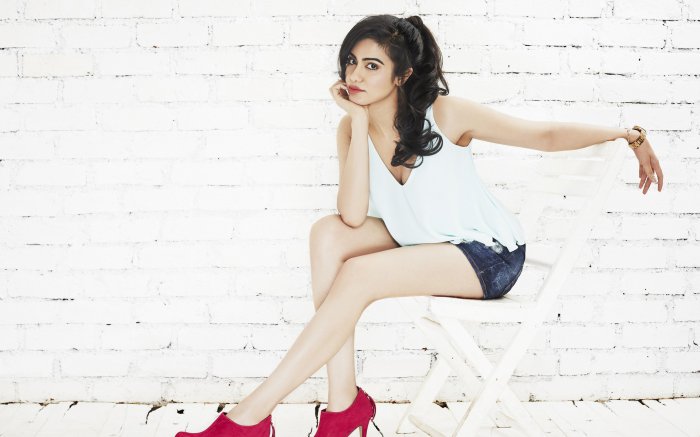 Adah who goes by @adah_ki_adah is quite the sensation on Instagram and whatever she posts goes viral immediately…
Her dance videos , behind the scenes videos , animal pictures or photoshoots. The big brands collaborate with her because she always puts out interesting content .
Adah known for her sense of humour…in interviews or on social media .
Her makeup parody video that went viral. People weren’t sure if she’s mimicking Sonam Kapoor or the Kardashians and couldn’t stop watching .

Tag your friend , who you think needs my NATURAL makeup tutorial … . . This is just a sneak peak… FULL VIDEO LINK IN BIO 😂😈😈😈 . This was sooooo much fun to shoot . Thank you @snebaliga @snehal_style_hair @namitarajhansofficial @lathiwalatasneem @nidhig14 😘😘😘😘 #naturalmakeup #naturalmakeuplook #parody #makeupparody #mascara #eyebrows

Two days ago Adah posted some pictures on Instagram and along with the heaps of praises she got some snarky comments ..
And she retorted with some hilarious responses . Check these out and you are sure to ROFL
When called saali, Adah even replies back calling the man Jijaji!

What followed was Adah’s massive and very loyal fan following trolling the trolls.
A round of applause for the commando girl’s badass replies !
Adah will begin shooting for Commando 3 opposite Vidyut jammwal, almost completed Charlie Chaplin 2 with Prabhu Deva her debut in Tamil and soulmate in English and Hindi where she plays a double role.
Here are the screenshots of some of her witty responses..
Pls carry this on website

5 Popular Underwater Haunts That Will Take Your Breath Away

Why Crypto Casinos Are Getting More Popular