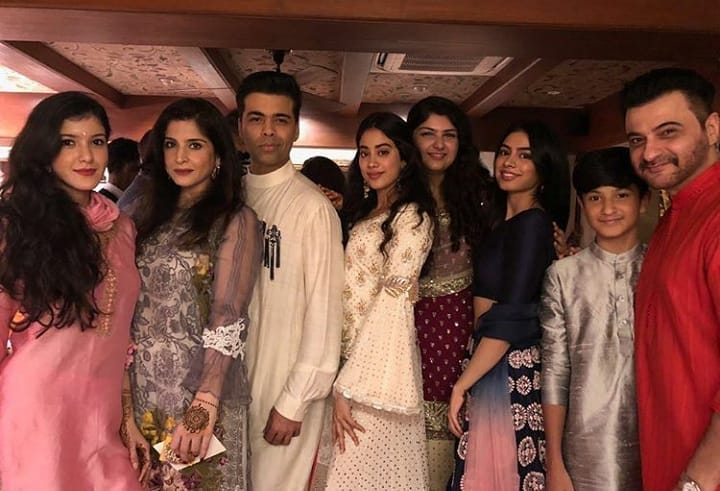 The celebration of this year’s most stylish and grand wedding has started, and the Celebes has also begun reaching to be part of the celebration. The functions of the marriage of Sonam Kapoor and Anand Ahuja, which took place on May 8, have started today, ie, Sunday through Mehdi Function.
The first to arrive Celebs in Mehndi was Sonam’s childhood friend Kunal Rawal and Samyukta Nayar. After this, Anil Kapoor’s house, which came to many celebs including Shanaya Kapoor, Janhvi Kapoor, Khushi Kapoor and Karan Johar, at home, at the traditional Indian avatar.
Kunal and Samyukta first shared photos with Sonam on her Instagram, a Mehndi.

Sonam Kapoor shared his million dollar smiles with awesomely decorated hands which expressing the tale of her love for Anand Ahuja.
And here is a couple of the evening.

Here, you can clearly see the joy of this Masakkali girl. Sonam Kapoor enjoying her wedding ceremonies like anything.

A post shared by TheWeddingBrigade.com (@theweddingbrigade) on May 6, 2018 at 9:59pm PDT

Sonam is looking too beautiful!