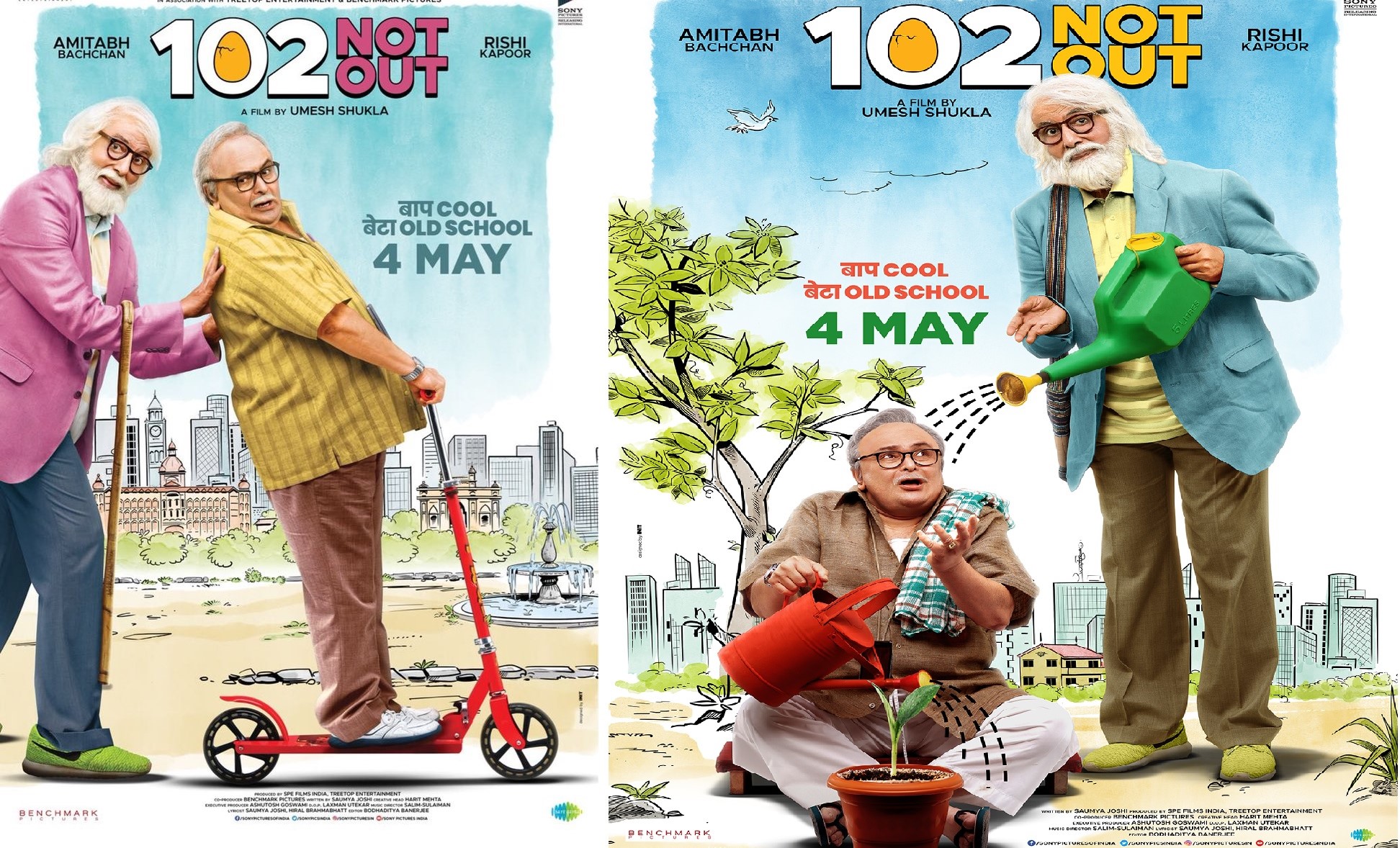 After having an impressive first week at the box office, Amitabh Bachchan and Rishi Kapoor’s 102 Not Out has received a special honour. The unique film will be screened for President Ram Nath Kovind at Rashtrapati Bhavan. The special screening will also be attended by Rashtrapati Bhavan officials, ministers and their families.
An elated Umesh Shukla, said, “I think some officials from Rashtrapati Bhavan got to know about the film and we got a request for a screening. It is a film which three generations of a family can sit and watch together. It is our privilege that the film is being screened for the President.”


The director further added, “It is a matter of great pride for any filmmaker for his film to be screened at the Rashtrapati Bhavan. I am curious to know the President’s views on the movie.”
Talking about the same Rishi Kapoor said, “I would be more than happy to be a part of such great honour.”
A Sony Pictures Releasing International Presentation and worldwide distribution- 102 Not Out is Produced by SPE Films India, Treetop Entertainment and Umesh Shukla’s Benchmark Pictures. The film released to positive reviews and word of mouth worldwide on 4th May 2018.

Ranbir Kapoor's last look of 'Sanju' from 90's Out Now

Mother's Day : A Day to Cherish Upon!

10 Times Celebs Lost their Calm in Public, Number 9 is Shocking!

That’s a very good movie. I guess should take the decision after considering sentiments of country’s people.