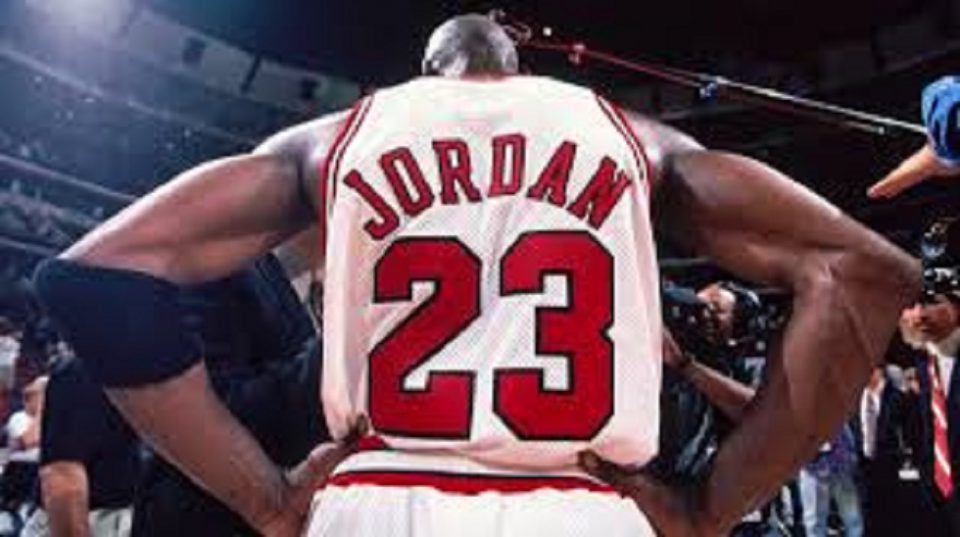 Basketball is one of the most popular and beloved sports in the world. People play it in great numbers on all the continents. As a result of the sport’s immense popularity, some of the best basketball players in the world, chiefly the players from the National Basketball Association (NBA) earn a lot of money. They earn money through their contracts with their teams along with massive endorsement deals. The National Basketball Association (NBA), apart from being a platform for competitive Basketball, has also been a huge source of income for players. On average, NBA players are the most well paid athletes in the world. No other sports league pays higher average salaries to its players than the NBA. the exclusivity of the NBA is also a major reason behind the incredible salaries. After all, there are only about 450 players in the world who are good enough to play in the NBA. The shoes worn by NBA players are always in high demand. Basketball shoes are worn off the court for their stylish looks as well. As a result of such an incredible demand for basketball and basketball related products, the players have become extremely rich. The richest NBA players are among the richest athletes on the planet.

The brand value for the names like Michael Jordan needs no new mention. The top players of the league are usually the most popular and the most marketable. While a lot of NBA players earn a lot of money, who are the players who earn the most. In this list, we will take a look at the richest NBA players of all time. The list is in ascending order. Let’s get started.

The Richest NBA Players of All Time

16 years into his NBA career, Carmelo Anthony has been a 10-time All Star. He was drafted third overall in the 2003 NBA Draft by the Denver Nuggets. He put up great personal stats but his team never reached beyond the Western Conference Finals. He was traded to the New York Knicks in a multi-team trade and he wasn’t able to achieve much success over there as well.   After the 2018-19 season, he became a free agent. He struggled to find a team, eventually signing with the Portland Trailblazers. He went on to perform very well for the team until the season was suspended because of COVID-19. Over his 16 year career so far, he has accumulated a net worth of around $ 120 million.

Kevin Garnett played 21 full seasons with the NBA. He was the first player since Moses Malone to be drafted straight out of high school. Kevin “The Kid” Garnett led the Minnesota Timberwolves to the Western Conference Finals in 2004. He was named to 15 All-Star Games during his career. Garnett holds several records for the Timberwolves franchise. He also won an NBA Championship with the Boston Celtics in 2008. He retired from the sport in 2016. He was inducted into the Naismith Memorial Basketball Hall of Fame in 2020. Kevin Garnett’s net worth is $120 million.

A five-time NBA Champion, a three-time Finals MVP, and a 15-time NBA All-Star, Tim Duncan is the best power forward in NBA history and one of the greatest players in NBA history. Drafted first overall by the San Antoni Spurs in 1997, Tim Duncan made an immediate impact and the San Antonio Spurs won their first NBA championship in the 1998-1999 season. He had a long lasting and successful relationship with his coach Gregg Popovich. Tim Duncan made 15 All NBA Teams and 15 All Defensive Teams through the course of his 19 year career, all of which were in the Spurs uniform. A consummate teammate, “Old Man Riverwalk” walked away from the sport after the 2016 season. He was inducted into the Naismith Memorial Basketball Hall of Fame in 2020. Tim Duncan has a net worth of $ 130 million.

Hakeem “The Dream” Olajuwon is one of the greatest centers of all time and definitely the greatest Houston Rockets player ever. He was selected first overall by the Houston Rockets in the legendary 1984 NBA Draft. He made an immediate impact and became one of the best players in the league on both the offensive and defensive ends of the floor. He won back to back NBA Championships with the Houston Rockets in 1994 and 1995. He played in the NBA for 16 seasons, retiring with the all time blocks leader. He was inducted in the Naismith Memorial Basketball Hall of Fame in 2008. The Nigerian-American legend has a net worth of over $200 million.

After graduating from Duke University as a two-time NCAA All-American and a two-time NCAA champion, Grant Hill started his NBA career with the Detroit Pistons in 1994 and ended with Los Angeles Clippers in 2013 after stints at Orlando Magic and Phoenix Suns. When he came into the league, he was hailed as the next Michael Jordan and in the beginning, he held up his end. However, crippling injuries derailed his career and he became one of the biggest “What ifs” in NBA history. He did manage to play for 19 seasons though. Grant Hill’s net worth is $250 million.

Shaquille O’Neal is probably the second most physically dominating force in NBA history after Wilt Chamberlain. When he was at his peak, the NBA had no answer for the sheer combination of size, strength and skill. After being drafted first overall by the Orlando Magic in the 1992 NBA Draft, Shaquille O’Neal went on to have a highly successful NBA career, winning four NBA Championships, three Finals MVPs and one league MVP award in the process. He played for the Los Angeles Lakers, Boston Celtics, Phoenix Suns, Cleveland Cavaliers, Orlando Magic, and Miami Heat over his 19 year career. He was inducted into the Naismith Memorial Basketball Hall of Fame in 2016. He has also had a successful broadcasting career post-retirement. He also released four rap albums, with the first one going platinum. His net worth is $400 million.

LeBron James isn’t just the best and the most popular NBA players today, he is also one of the most famous and marketable athletes in the world. With major brands like Nike, Beats, Coca Cola endorsed by him, his net worth is around $ 480 million and could cross Kobe Bryant in the near future. He currently has three NBA championships and four MVPs to his name, with still a few years of career to go. He still has a small but significant portion of his career to come, so there is more greatness in store.

The late great Kobe Bryant, who passed away in a tragic helicopter crash in January 2020, was one of the most popular and beloved athletes on the planet. The 18 time All Star set the record of playing the most number of seasons with a single team, 20 with the Los Angeles Lakers. He won 5 NBA Championships, two Finals MVPs and one League MVP Award. He famously scored 60 points in his final NBA game against the Utah Jazz. He also won an Oscar for his short film Dear Basketball. He was posthumously inducted into the Naismith Memorial Basketball Hall of Fame in 2020. Kobe Bryant’s basketball skills combined with his market value earned him an overall net worth of $ 500 million.

Magic Johnson has three NBA MVP awards and five championships to his name. Starting in 1979, he played his entire career for the Lakers and he also returned to the franchise as a coach after retirement. In 1996, he was honored as one of the 50 Greatest Players in NBA History. He is widely regarded as the best point guard in NBA history and one of the greatest players ever. His rivalry with Larry Bird in the 1980s has been credited for reviving people’s interest in the NBA. Apart from being a Basketball star, Johnson is also a businessman and has had many business ventures (including ownership of the baseball team, the Los Angeles Dodgers. Magic Johnson’s net worth is $ 600 million.

The biography of Michael Jordan on the official NBA website states: “By acclamation, Michael Jordan is the greatest basketball player of all time.” There isn’t much to say that hasn’t been said about Michael Jordan. He isn’t just the greatest basketball player of all time, he is also one of the greatest athletes of all time. His fame and influence transcend basketball. He won six NBA titles with the Chicago Bulls during the 1990s and absolutely dominated the league. His incredible skills and personality have widely been credited for globalizing the NBA. The numbers speak volumes for how marketable Jordan was. His $ 1.9 billion net worth is comfortably above the rest. He also has a brand named after himself. Having retired in 2003, the Jordan Brand continues to add to his net worth. He is also the owner of the NBA team, the Charlotte Hornets, the only former NBA player to become a majority team owner.