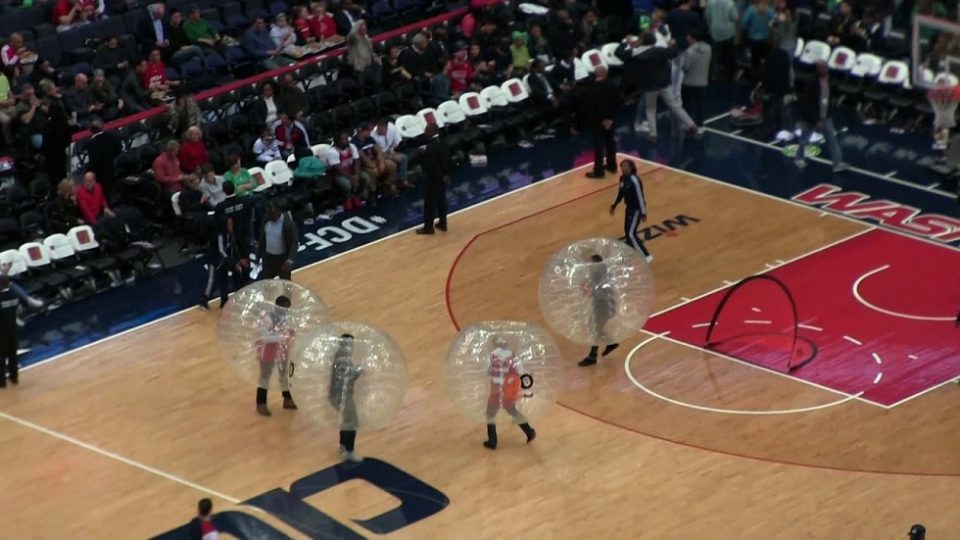 As far as global sports leagues are concerned, the NBA is by far the most progressive and forward thinking. It organizes camps all over the globe, conducts numerous charitable events and airs glorious “This is Why We Play” commercials. No team names or logos are usually targeted by the PC police because all NBA team names, mascots and logos are PC police proof. The NBA is very stern in its policies against racism as well. The NBA forced former Los Angeles Clippers owner Donald Sterling to sell the team once racist personal phone calls of his were leaked in the media. The NBA also has 11 female assistant coachees who are employed full time. Gregg Popovich’s and Steve Kerr’s condemnations of police brutality and the current administration birthed the “Popovich/Kerr 2020” slogan. When NBA players wore “I Can’t Breathe” shirts in 2014 in response to the death of Eric Garner, it was viewed as self-expression and players weren’t extremely criticized for voicing their frustrations over certain social issues. Sometimes, the NBA overdoes with certain things, such as changing the term “team owner” to “governor”. While it made the PC police very happy, it made no sense as just because a person owns a team, he/she doesn’t own all of the employees. There is a difference between owning a company and “owning” people. When you own a company, you have employees, when you own people, you have slaves. However, the PC police are not known for being rational so let’s get back to the NBA Bubble. To start things off, the NBA released a 113-page health and safety protocol for its plan to restart the 2019-20 season in Orlando. The proposal is exhaustive, but it’s not without inconsistencies that raise concerns. Ever since the NBA announced its plans to resume the season in a “bubble” inside Disney World, Florida, fan and players both have expressed their reservations. With COVID-19 infections crossing 100,000 in Florida, fans and players have wondered if the campus will be safe and will the NBA players be able to avoid infection.

College football teams across the country that began workouts have already started to re-quarantine after mass infections. The NBA doubled down on its plan and despite protests from players like Kyrie Irving, Avery Bradley and Dwight Howard, players have started arriving in Florida, and training sessions have started. ESPN reported:

“In at least one recent call with high-level team executives, NBA commissioner Adam Silver has acknowledged the spiking numbers in Florida. Team sources described the general tone of that call, including the questions asked of Silver on it, as tense. Another called Silver’s tone ‘resolute but somber.’ He expressed a resolve to go on, while recognizing the seriousness of the coronavirus spike.”

The bubble’s success completely depends on its security. (The NBA says “a small or otherwise expected number of COVID-19 cases will not require a decision to suspend or cancel the resumption,” although it did not note what the “expected” number is.) However, if something serious happens, the blowback will be brutal. Couple this with the fact that the coaches union is adamant that its older coaches are included in the restart, and the situation is further complicated. There’s no shortage of risk when it comes to resuming an operation this large during a pandemic. It’s not going to be easy, but if any league can execute it well, it’s the NBA. Here’s a breakdown of the NBA’s social and safety guidelines for the Orlando campus.

NBA Bubble: All You Need to Know

Arriving at the Bubble

Players will be quarantined alone in their hotel rooms for 36-48 hours until they produce two negative COVID-19 tests. The players have flown in on private planes and testings have been going on since June 23rd.

Isolated Accommodation for Everyone

It could be a lonely experience. Players and staffers are not allowed to visit each other’s hotel rooms. They can use the pools, trails, and golf courses on campus, and can socialize in their hotels’ “players’ lounges”—but not without restrictions. No doubles in ping-pong (I would like to see who enforces this and how). No using the same pack of cards twice. It’s oddly specific given the league is also allowing its players to play in enclosed gyms without masks, breathe on each other, touch the same ball, yell to their teammates, and speak in huddles. It’s very clear the NBA wants this to be fun—or to distract its players from the fact that it’s not fun at all. The league is planning on providing movie screenings, DJ sets, three freshly prepared meals a day (four on game days, expert chefs in different cuisines will also be flown into the bubble as well), boating, bowling, fishing, golf, and the availability of barbers, manicurists, pedicurists, and hair braiders. A “limited number” of players can also attend other teams’ games along with media, executives, league and union personnel, and “even some sponsors.” From a safety perspective, inviting sponsors raises issues (the protocol says they’ll have no direct contact with players or teams); from a monetary standpoint, it’s another way to mitigate the losses already suffered from a postponed season. (That could be repeated for much of this entire endeavor.)

The protocol also says that while the players are at Disney World, they will not be tested for recreational drugs. However, marijuana is still illegal in Florida so players have been advised against using it.

The NBA bubble is more of a metaphorical bubble than an actual bubble encasing the whole event. Players can leave at any time (Silver prefers the “campus” terminology). If a player leaves without approval, he must quarantine for at least 10 days upon return and will have to do the deep nasal test (as opposed to the shallow nasal or shallow oral testing). Now if there’s an excused absence—for example, a family emergency or the birth of a child—then the player would have to quarantine for just four days on campus, so long as he tested negative each day he was gone.

If the absence is approved, the NBA is able to track the player’s health while he’s gone. While it makes sense, but what qualifies as “permissible” absence, is purely the league’s decision. Giving a player who left without permission a deep nasal test, which sounds painful and not unlike getting your brain brushed would make sense only if there was conclusive evidence the tests were more accurate than the less intrusive alternatives.

The other issue with prohibiting players from leaving campus is that other people. namely, Disney employees will be allowed to come and go each day. As of now, they will not be tested daily beyond temperature checks, either, although some players have voiced concerns and NBPA president Michele Roberts said she will pursue more restrictions if she deems necessary.

Once the NBA bubble idea was proposed, a lot of players questioned if they will be allowed to meet family members. Either a player (or referee, coach, or broadcaster) must endure long-term separation, or the league must allow even more people behind its partition. In the end, both sides compromised. No guests will be allowed until the second round of the playoffs, when eight teams remain. (That’s more than 50 days apart for families, so all the players will be riding solo for the initial part of the NBA season restart.) Each team will have as many guest hotel rooms as it does players on campus (between 15-17).

Compared to NFL teams, NBA rosters are much smaller. In the bubble, each team will have up to 17 players. (Initially, teams can send a maximum 37 people, including players, coaches, trainers, strength coaches, equipment managers, front-office personnel, and mental health professionals.) There won’t be any pre-game or post-game locker room, and players will get ready in their hotel rooms and go straight to the arena. After the game is done, players will shower in their hotel rooms.

Everybody is required to wear masks indoors at all times unless they’re eating, alone in their room, playing, or working out. No one on the floor during a game has to wear a mask (officials, players, the bench, or first-row coaches). Players will have the option to wear an optional “proximity alarm” off the court, which notifies them when they’re within 6 feet of another person wearing the device for more than five seconds.

Wearing a MagicBand is required. Disney guests have been given “MagicBands” in the past. MagicBands are plastic and rubber bracelets that have an electronic chip. The bands can be used to check into rooms, enter parks, pay for food, etc.

Before the restart was finalized, an NBA spokesman said: “ We are closely monitoring the data in Florida and Orange County and will continue to work collaboratively with the National Basketball Players Association, public health officials, and medical experts regarding our plans.” With infections spiking and the start date creeping up, the NBA is under more pressure than ever to prove its campus is safer than the outside world. Hopefully, all will be well and we will be able to enjoy some fantastic basketball from July 31st onwards.