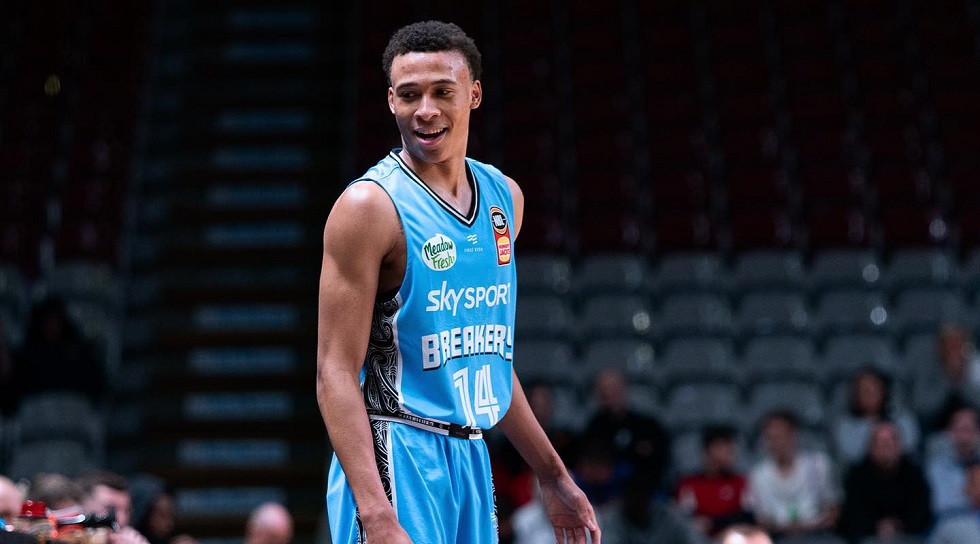 It seems that we’re scrutinizing young NBA players more than ever these days – perhaps because, as we near the end of LeBron James’s career, there’s a natural inclination to seek out the next generational superstar.

Now, that player might simply be someone like Anthony Davis or Giannis Antetokounmpo – someone who’s already established as a major NBA presence. However, fans also keep a close eye on the newer and younger faces: players like Jayson Tatum and Donovan Mitchell, or even Zion Williamson and Ja Morant in the incoming rookie class.

In this piece though, we’ll look at younger players still, and give you a few names to keep an eye on among the amateurs and international standouts who figure to make the NBA leap in the next few years. One of these guys could just become the NBA’s next big thing.

Names To Watch For The NBA’s Next Star

RJ Hampton famously skipped what would undoubtedly have been a single season of NCAA basketball to pursue a professional contract in New Zealand. Having now technically started his pro career though, the athletic combo guard has been wowing NBA scouts . He’s a virtual lock to be in next summer’s NBA Draft, and could well look the part of one of the most talented guards to enter the league in years. It remains to be seen if Hampton is more shooting or point guard at the next level, but on pure talent he’s one to watch for.

James Wiseman is the top incoming NCAA freshman for the 2019-20 season, and will play for former NBA great Anfernee “Penny” Hardaway, who is now coaching at Memphis. That’s a bit unusual, as players of this caliber typically gravitate toward the “blue-blood” programs. But it explains why the betting odds for the NCAA season are by and large counting Memphis as a contender. Wiseman is just one of a few major recruits keeping Memphis high up in the odds, but he’s the best of them: an ultra-athletic forward with a guard’s skillset. He’s a do-it-all player who’s expected to overwhelm the bulk of the NCAA with his talent and tenacity, and as of now he’s a popular pick for the likely top selection in the 2020 draft.

While Wiseman is the consensus top player in this NCAA freshman class, Anthony Edwards may have been if he’d been in said class for longer. He actually reclassified to head to college a year early, and will be a commanding shooting guard for the Georgia Bulldogs. Edwards is exceptionally athletic and physically gifted. He scores with ease and is widely regarded as a very intelligent player. It’s actually difficult to find a weakness in his game, and when you combine that with his physical maturity he has a chance to become a can’t-miss prospect.

Theo Maledon is a little bit more of a wild card, and probably the most obscure name on this list to most basketball fans. He’s expected to be in the 2020 draft though, and could well be a top-five pick. Maledon is a 6’4’’ guard with great instincts, slashing athleticism, and enough shooting ability to suggest he could become an asset in that category as well. He’ll undoubtedly be compared to Frank Ntilikina as the latest high-profile guard to come out of France, but frankly he’s a more advanced prospect with a better shot at stardom.

Jonathan Kuminga is a versatile forward and the top player in the 2021 class (with some potential to reclassify for 2020 if he chooses to do so). We don’t know where he’ll play his college ball yet, but he’s being pursued by all the top programs and seems to be engaged with the process (meaning we’d say it’s unlikely he follows Hampton’s path overseas). He’s beginning to separate himself fairly significantly from his class, and has the look of a special player. In fact, he might be the best player in all of high school in the U.S. were it not for the final person on our list.

Emoni Bates is just 15 years old and already being called a better prospect than LeBron James (at least by some). That’s an incredibly lofty description, but Bates has continued to impress in one event after another, and against the best competition he faces. Bates is billed as a small forward for now, but he’s also 6’8’’ already with time to grow – which is why some are putting forth Kevin Durant comparisons as well. It will be four years or so before we see Bates in the NBA, but it’s very rare for a player this young to be called the best in the amateur ranks. And recruiting experts have decided almost universally that Bates, in fact, is just that.