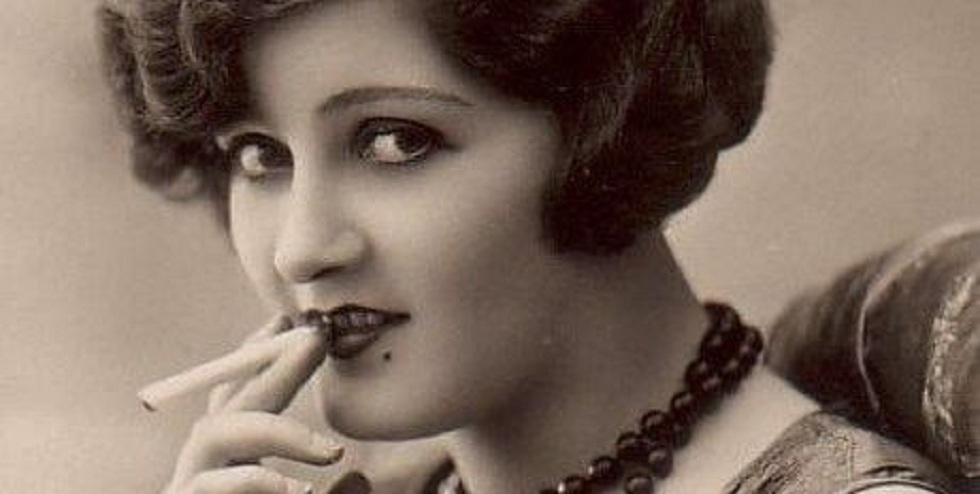 Zelda Fitzgerald was a famous writer, dancer, and Jazz age celebrity who struggled on and off with mental illness. Her husband, famed writer F. Scott Fitzgerald (who wrote The Great Gatsby) called her the first American flapper and she became a 1920s icon due to her vivacious nature and bon vivant lifestyle.

Zelda was the youngest daughter of Alabama Supreme Court Justice Anthony Dickinson Sayre and Minnie Buckner Machen Sayre. She was a high-spirited and wayward child, and as a teen, her lack of propriety—notably flirting, drinking, and smoking—raised the eyebrows of the genteel set in her hometown.

Following her high school graduation in 1918, Zelda met F. Scott Fitzgerald at a weekend country club dance. She was a regular at such social activities, and he was an officer stationed at nearby Camp Sheridan. Scott began a courtship, but Zelda was hesitant about his financial prospects and continued to court other suitors. When he published his first novel, This Side of Paradise, in March 1920, she finally agreed to marry him, and the two wed in New York on April 3. Zelda gave birth to their only child, Frances (“Scottie”) Fitzgerald, the following year.

This Side of Paradise was an immediate success, and the couple became overnight celebrities. In rendering the youthful rebellion of the 1920s, Scott became known as the chronicler of the Jazz Age, and Zelda became an emblem of the 1920s liberated woman. They both indulged in an extravagant lifestyle, spending beyond their means on travel, parties, and liquor. In 1924 the Fitzgeralds moved to France, where they joined a group of American expatriates, led by Gerald and Sara Murphy, on the Riviera. There Scott finished his third novel, The Great Gatsby, in 1925. Although the book would later become a classic, its middling initial reception disappointed Scott. By the end of the decade, the Fitzgeralds’ already quarrelsome marriage had grown more agitated. Scott struggled to write his fourth novel, and Zelda sought creative outlets of her own, writing short stories for magazines, painting, swimming, and intensely practicing ballet, a hobby from her youth.

What is Zelda Fitzgerald famous for?

She is best known for personifying the carefree ideals of the 1920s flapper and for her tumultuous marriage to F. Scott Fitzgerald.

During the 1940s, Zelda worked on writing a novel and lived intermittently in Highland Hospital in Asheville, North Carolina. On March 10, 1948, a fire started in the hospital’s kitchen. Reportedly, Zelda was scheduled for an electroshock therapy session and was sedated and locked in a waiting room. The fire spread through the floors of the building via the dumbwaiter shaft, and Zelda was killed along with eight other women. She was just 47.

Zelda’s marriage to F. Scott Fitzgerald was reportedly a toxic one, complete with mutual infidelity, alcoholism, and jealousy. Zelda accused her husband of having a gay relationship with his friend and fellow writer Ernest Hemingway, and she had several nervous breakdowns throughout their marriage. Although they never divorced, the couple was estranged when F. Scott died in 1940

F. Scott based some of his characters on Zelda, and he adapted his real-life interactions and experiences with her into his novels. He even copied, word for word entries from Zelda’s personal diaries and journals to put into his books, often blurring the line between fiction and reality. In a piece she wrote for The New York Tribune, Zelda poked fun at her husband, saying that he “seems to believe that plagiarism begins at home.” On the other side, Scott came to defend himself. He dismissed and undermined his wife’s literary ambitions. He criticized her only novel that was published Save Me The Waltz, Zelda’s, accusing her of using autobiographical details of their lives that he was going to use in his novel Tender Is The Night and borrowing a character’s name from one of his early protagonists.

Did Zelda Fitzgerald have a baby?

It was Valentine’s Day in 1921 when Zelda discovered she was pregnant and Scott was working to finish his second novel, The Beautiful and Damned. So, they decided to go to Scott’s home in St. Paul, Minnesota to prepare for the baby. On October 26, 1921, she gave birth to Frances “Scottie” Fitzgerald.

Legend of Zelda Video Game: In the mid-1980s, Japanese video game designer Shigeru Miyamoto needed a name for his new Nintendo heroine, and Zelda had just the right ring to it. Miyamoto said “She was a famous, beautiful and I liked the sound of her name,” and thus he called the princess in his fantasy game Zelda. The game was an immediate hit.

Eagles: After reading a biography about Zelda, Don Henley of the Eagles wrote the 1972 song “Witchy Woman” about her. It was “an important song for me,” Henley said, “because it marked the beginning of my professional songwriting career.” Describing her as a restless spirit in the song, Henley also referred to her use of absinthe (“she drove herself to madness with a silver spoon”).

Wife of F. Scott Fitzgerald, the writer who brought us The Great Gatsby, Zelda was a novelist and artist in her own right. In fact, Scott’s Tender is the Night is thought to have been largely ripped from letters between him and his wife. Today, many believe that Zelda Fitzgerald was a lost literary genius, there’s certainly no disputing that she influenced her husband’s writing: who’s been ignored largely because of her husband’s fame, as well as her own declining mental health and the subsequent stays in various institutions as doctors attempted to cure her schizophrenia.

Save Me the Waltz

Save Me the Waltz is the only novel by Zelda Sayre Fitzgerald. Published in 1932, it is a semi-autobiographical account of her life and marriage to F. Scott Fitzgerald.

For those who are fascinated by Zelda Fitzgerald, the tempestuous and troubled wife of one of America’s most beloved writers, F. Scott Fitzgerald these biographies and their writers are sure to impress. As an epitome of a 1920’s flapper, her legacy of rebellion and glamour are practically synonymous with the era. Now it seems that she’s getting the credit she deserves with a miniseries to bring her story to life. These binge-worthy books about Zelda Fitzgerald will keep you going long after the finale.

Z: A Novel of Zelda Fitzgerald

When a gorgeous reckless Southern belle named Zelda Sayre meets a writer called F. Scott Fitzgerald in 1918, the “unattainable” Zelda falls for him despite his unsuitability: Scott isn’t wealthy or even a Southerner, and he keeps insisting that his writing will bring him both fortune and fame. What comes next, here at the dawn of the Jazz Age, is unimagined success and celebrity that will make Scott and Zelda legends in their own time.

Therese Anne Fowler’s Z, inspired Amazon’s new series from 2017, which the story of how the reckless Southern belle Zelda Sayre became the iconic Zelda Fitzgerald. The novel opens with her introduction to tall, handsome Scott, whom she quickly marries, and chronicles her life of parties, novels, scandal, and, ultimately, tragedy that takes the reader from Alabama to Paris, New York to Hollywood, the French Riviera and back again.

When Evalina Toussaint, orphaned and only 13 years old, is committed to Highland Hospital in Asheville, North Carolina, she is taken under the wing of its most famous patient, Zelda Fitzgerald. As she undergoes “innovative” treatments and moves between the worlds of art and madness, Evalina learns more about her famous friend and witnesses a cascade of events that culminates in the tragic fire that will take Zelda’s life.

In Zelda Fitzgerald’s case, sometimes truth is more exciting than fiction. Nancy Milford’s bestselling biography covers Zelda’s entire life, focusing on the clash between her personal ambition and private struggles, and is one of the most comprehensive works on literature’s most misunderstood heroine.