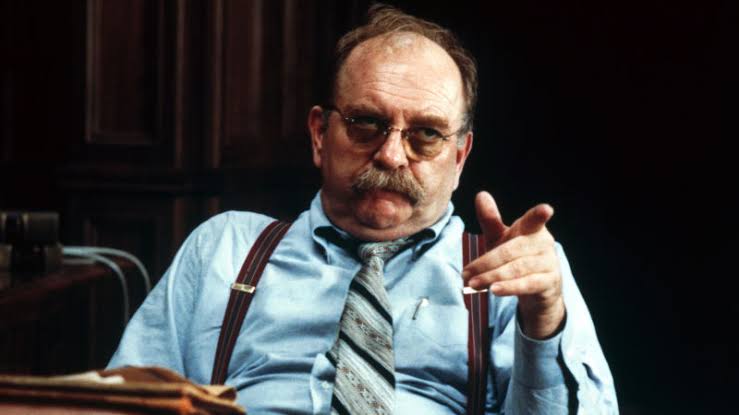 Anthony Wilford Brimley or Wilford Brimley is a legendary American actor who has graced both the small and big screens for decades. Wilford Brimley started his career in the United States Marine Corps and also worked as a wrangler and a ranch hand during his early years. After luckily landing up an extra’s role for Westerns, Wilford Brimley rose quickly through the ranks and established himself as a fabulous character actor in a brief time period of a little more than a decade. Wilford Brimley’s landmark roles came in 1979’s The China Syndrome, 1982’s The Thing and 1984’s The Natural. Wilford Brimley possessed a very unique appearance and personality. His brusque delivery, rugged southern accent and the trademark moustache made him universally recognizable. Wilford Brimley was also infamous for being very blunt on set and unable to handle criticism when his interpretation of a role was brought into question.

Who is Wilford Brimley?

For all those readers who are still not able to wrap their heads around who Wilford Brimley is, he was the face of the Quaker Oats Company’s tv ads for a really long time. Still can’t remember, well Wilford Brimley also appeared in many ads for Liberty Medical where he spoke about diabetes (or ‘diabeetus’ in his southern twang). Here’s the famous and hilarious ‘Wilford Brimley diabeetus’ video:

Wilford Brimley’s ads for Liberty Medical didn’t escape the gaze of Saturday Night Live and the show promptly parodied the ‘Wilford Brimley diabeetus’ ad via a sketch of their own.

How old is Wilford Brimley?

Wilford Brimley was born on September 27th, 1934 in Salt Lake City, Utah. That makes him 84 years old on the publication date of this article. Wilford Brimley’s father worked is the field of real estate. Growing up, Wilford Brimley dropped out of high school and joined the United States Marine Corps. Wilford Brimley was stationed at the Aleutian Islands near Alaska for three years. After getting discharged from the Marines, Wilford Brimley also went on to serve as the bodyguard for the legendary pilot, investor, engineer, business mogul, philanthropist and film director Howard Hughes (Leonardo DiCaprio famously portrayed Hughes in his 2004 biopic, Martin Scorsese’s The Aviator). Aside from providing private security to Hughes, Wilford Brimley also worked as a blacksmith, a wrangler and a ranch hand. Wilford Brimley then upgraded to the world of films and television, shoeing the horses which appeared on film. Wilford Brimley was friends with legendary actor Robert Duvall (Godfather, Apocalypse Now). Duvall urged Wilford Brimley to start acting as a riding extra and as a stunt man for the Westerns which were being produced during the 60s.

Wilford Brimley made his breakthrough appearance in front of the American audience after being cast in The Waltons, a popular television series from the 70s. He appeared on the show seven times between 1974 and 1977, playing the role of Horace Brimley, a resident of the Waltons Mountain. The first feature for which Wilford Brimley received starring credits came at the end of the decade with 1979’s The China Syndrome. Wilford Brimley played the role of Ted Spindler, who worked alongside and was friends with plant shift supervisor Jack Godell. Soon after that movie, Wilford Brimley made a brief yet memorable appearance as James A. Wells, the outspoken US Attorney in the 1981 movie Absence of Malice. Wilford Brimley’s grumpy and grouchy personality was further expanded in the 1984 movie, The Natural. Wilford Brimley played the role of Pop Fisher, an irritable and weary manager of a badly struggling baseball team. One year later, Wilford Brimley was cast in his first leading and perhaps the most iconic role of his career in Ron Howard’s Cocoon, a role which has made the world ask the following question a million times over:

How old was Wilford Brimley in Cocoon?

Cocoon is a famous drama-comedy-science fiction-fantasy film whose plot revolved around a group of elderly people whose lives are rejuvenated by aliens (by a magical reinvigorating pool near their retirement home). Since the movie was released in 1985, Wilford Brimley was 51 years old at that time. However, his grizzled and worn out features helped him portray a character who was much older.

What issues were created by Wilford Brimley during the shooting of Tender Mercies?

Wilford Brimley’s friendship with Robert Duvall didn’t just help him get a start in showbiz, it also helped him land a co-starring role with Duvall in the 1983 movie,  Tender Mercies. As shooting began, Duvall had a falling out with director Bruce Beresford. Duvall said that he wanted “somebody down here that’s on my side, somebody that I can relate to”. As a result of that sentiment, Duvall brought Wilford Brimley on board. The director Beresford didn’t initially agree with casting Wilford Brimley because he believed that Brimley was too old for the part. However, he eventually relented and cast Brimley. Much to Beresford’s chagrin, Wilford Brimley also ended up clashing with him. A notable instance of their clash was when Beresford tried to advise Brimley about the behaviour of his character, Harry. As per Robert Duvall, Wilford Brimley said “Now look, let me tell you something, I’m Harry. Harry’s not over there, Harry’s not over there, Harry’s not over here. Until you fire me or get another actor, I’m Harry, and whatever I do is fine because I’m Harry.”

What are the other famous roles of Wilford Brimley?

Wilford Brimley established his grumpy and grouchy old man persona and continued to play more roles along the same lines. He played another grizzled man in Our House a famous drama series from the 80s. He also played a villainous role in 1993’s The Firm, a movie which also featured Hollywood superstar Tom Cruise. He played the role of William Devasher, the head of security for the private law firm, Bendini, Lambert & Locke. The movie was based on a novel by John Grisham.

Wilford Brimley’s last famous Hollywood role was his portrayal of Kevin Kline’s father in 1997’s In & Out. The same year, Wilford Brimley also appeared in an episode of the popular 90s sitcom Seinfeld as a menacing postmaster general who scared Kramer into ending his mail service boycott. After that, Wilford Brimley mainly worked in the independent film scene, making some mainstream comebacks here and there.

Wilford Brimley’s voice also led to him singing with the Cal State Northridge Jazz Band. Wilford Brimley has been described as “a fine singer with a warm, rich voice”. On top of being a good singer, Wilford Brimley is also a solid harmonica player. He performed a live rendition of ‘Oh! Susanna’ during his appearance on The Late Late Show with Craig Ferguson.

Wilford Brimley was honoured with the Golden Boot Award in 2005, an acknowledgement of hid contributions and achievements in the field of Western tv and film.

Who is Wilford Brimley married to?

Wilford Brimley married his first wife, Lynne Bagley on July 6th, 1956. They had four sons together and stayed married till Bagley’s death in June 2000.

Seven years after his first wife’s death, Wilford Brimley married Beverly Berry on October 31st, 2007. The couple, which has lived in Santa Clara, Utah and Greybull, Wyoming, founded Hands Across the Saddle (HATS), a non profit organisation that operates in the Big Horn Basin.