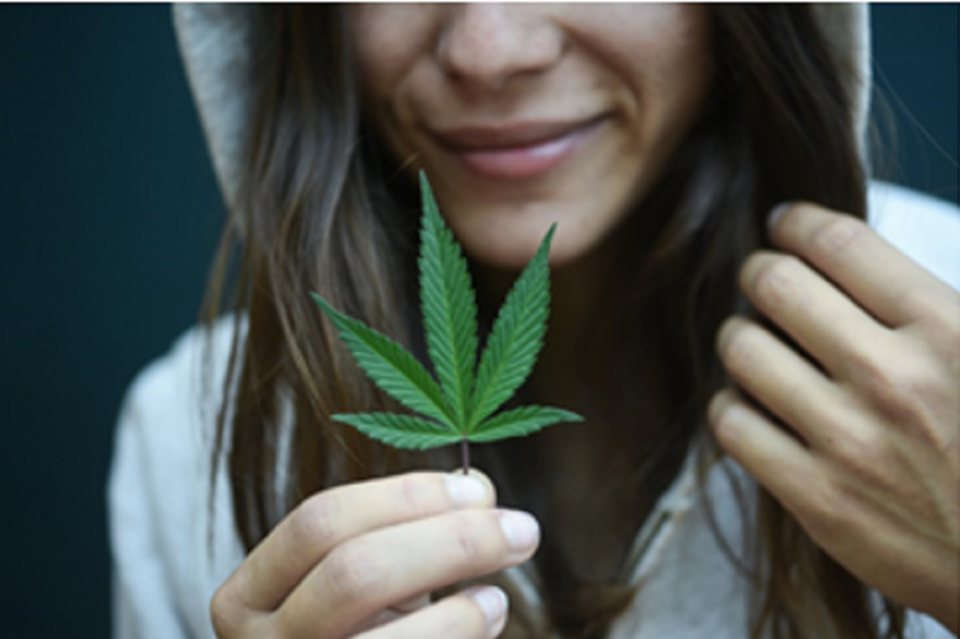 According to a survey of adult Americans from 2019, 13 percent of men smoke marijuana regularly, at least once per week — but only 9 percent of women bother with the drug on a similar schedule. There are plenty of unfair social stigmas surrounding marijuana use, which scare a large number of women away from the good green herb.

However, recent research into how marijuana affects the female body has the power to change people’s perspectives and close the gender gap in cannabis use.

Humans have studied the scientific structure of cannabis since the 1940s, when marijuana legislation first become popular on a broad scale. In the 1960s, scientists finally isolated the compound responsible for the drug’s psychoactive effects: delta-9-tetrahydrocannabinoid, or THC. However, it wasn’t until the 1990s that researchers could discern how THC was interacting with the human body — through the endocannabinoid, which is responsible for maintaining homeostasis, pain regulation and more — and even today, researchers still aren’t quite sure what conditions affect the absorption of THC or why so many people experience the marijuana high so uniquely.

Specifically, there has long been a big question mark surrounding the issue of biologically female bodies and THC: Why don’t women seem to get as high as men do on the same quantities of cannabis? Why is it easier for women to “overdose” on the drug? Why do women have markedly different symptoms of use?

The answer, it seems, is estrogen.

Estrogen is one of the primary “female” hormones, essential for the development and maintenance of female bodily systems and characteristics. Estrogen impacts almost every nook and cranny of the female body, from bone density to skin hydration — and it seems to have a profound impact on the endocannabinoid system, which is the system affected by THC.

Though the science is complex, and admittedly not yet entirely understood, research seems to indicate that estrogen effectively turns off some endocannabinoid receptors around the female body. These receptors are what THC binds to in great quantities, causing the sensation of being high. If there are fewer locations for THC to bind, the user doesn’t experience intense effects and thus feels less high. This is both bad and good for female users.

On one hand, the perception that they aren’t nearly as high as their male counterparts often leads women to use more cannabis to reach the same state. Unfortunately, this can cause a “THC overdose,” which are the effects of THC turned up to 11. Instead of euphoria, overdosing users experience confusion and paranoia; instead of hunger, they experience nausea; instead of pleasant visuals, they hallucinate. Though not directly life-threatening, overdosing can be an exceedingly negative experience that can lead to a hospital visit. Thus, women need to be much more careful with dosing than men do, and often, they should use despite their extra tolerance to account for their typically smaller body size.

On the other hand, a higher natural tolerance to THC gives women’s bodies greater access to other cannabinoids, like CBD, CBC and CBG, which have noteworthy health benefits. CBD in particular has promising applications in reducing inflammation, pain, muscle tension and other symptoms that often afflict female bodies during their monthly menstrual cycle and beyond. In fact, some cannabinoids can even work with the female reproductive system to stimulate libido and make sexual interactions more enjoyable.

Estrogen is both a blessing and a curse for women interested in getting into weed. As is true of most marijuana users, it is wise to consult a doctor before partaking, especially for women who suffer from a serious health condition. Using cannabis as a treatment can be effective, but it is a good idea to pursue a medical marijuana card to gain access to better-quality weed products at more affordable prices. Once a woman has the go-ahead, she should take a tour around a Portland dispensary to better understand what products are available and which are most valuable to her physiology and interests.

Currently, the gender gap in the cannabis community remains, but it is getting smaller. As gender expectations diminish, and as women learn how their bodies use the compounds within cannabis, the world of weed should become a more accepting space.

14 Skills to Help You Survive University