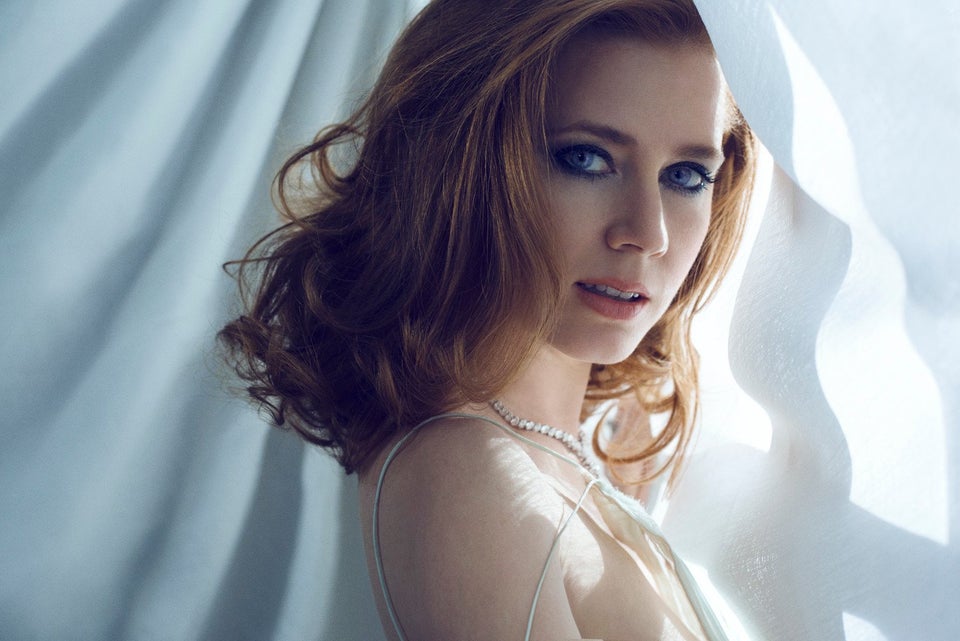 Do blondes have more fun? Amy Adams would disagree! At the New York Times hosted Times Talk event, the 5 time Academy Award nominee took some people by surprise when she revealed that her hair had been through some changes. She also spoke about why that was ultimately a good thing for her.

Amy Adams was born in Veneto, Italy on August 20, 1974. She’s the winner of two Golden Globe Awards and was named one of the 100 most influential people in 2014, by Time Magazine.  It’s no surprise that an actors/ actresses looks play a huge role in how successful they become, especially when it comes to casting directors.  Sophia Vergara, a Columbian who plays Gloria Pritchett is recognized for her fun-loving, spunky role in Modern Family as a Latin American. Because of the culture of her role, she had to dye her hair dark brown despite being a natural blonde. So, it is no secret that almost all television personalities will do everything they can to look beautiful and unique, and a dramatic shift from their original look isn’t unheard of.  With Amy Adams, this strategy changed her acting career.

Well, she went from a strawberry blonde to a deep dark red in 2004, when she was cast in a TV show. Because she was cast with another blonde actress, producers feared it might confuse viewers and wanted one of the two blondes to change their hair color. Amy Adams kissed her natural hair goodbye when she was picked for the hair transformation. She said the minute she went red, directors saw her as quirky and fun instead of dumb and flirtatious (a blonde hair stereotype in the movie industry), and casting directors agreed as well.

After going red, Adams got her breakout role in “Junebug” in 2005. Some wonder if this would have happened if she had stuck to her guns and kept her natural strawberry blonde hair. Can a shift of hair color make such a big difference in one’s career? To find out, check out these photos that show you how her natural hair looked and how it has changed over the years.

Here you see a clip of Amy Adams with her naturally blonde hair from the movie Drop Dead Gorgeous.

She got a small role in the movie Catch Me If You Can which starred Leonardo Di Caprio. She played an innocent nurse in training. She also starred in West Wing in the same year. Her hair is still very light.

Hair transformation alert: Amy Adams now supports a deep red tone in her hair and get her breakthrough role with the movie Junebug, an independent comedy-drama of a pregnant woman. She also received her first Academy Award nomination for best-supporting actress for Junebug.

10 years later, many colours have come and gone but she still retains the redhead look. Here is a photo from the press shot of her movie “Lullaby”. However, in 2016 the hair colour of the actress does get deeper and darker with dark brown undertones but still maintains its former red colour.

Amy Adams has been the icon for a redheaded goddess thanks to her famous hair. Over the years, her fiery hair on porcelain skin with her big blue eyes will always win the hearts of millions. It just goes to show how a small change can be so versatile and life changing and you can rock that look till the day you die.

One thing for sure is the influence she has had on redheaded actresses since then. Emma Stone (who starred in La La Land, The Amazing Spider Man)  and Bella Thorne (in Blended, The Duff) who have certainly followed Amy Adams by dying their naturally blonde hair, red have also banked on the eye-catching and quirky “redhead” appeal.

By being so fearless with her hair transformation since 2004, Amy Adams natural hair wasn’t the only thing that changed. Adams said she worked hard and then gained a certain level of feistiness with her new look which made her look so ethereal yet modern, and over the years the screen siren’s looks (especially the red carpet with her divine red lips) have never fail to impress!

Does Technology Make Us More Alone?