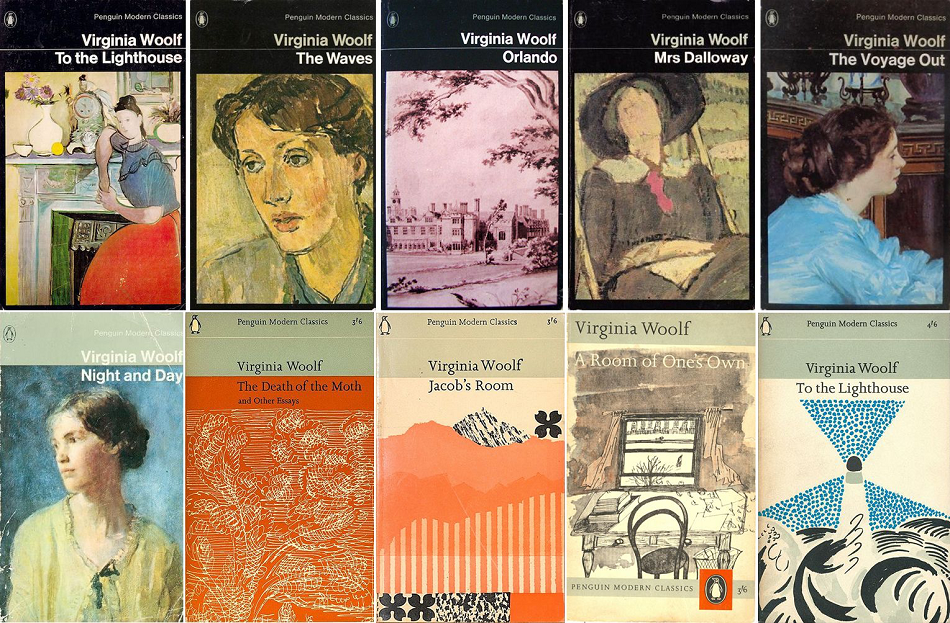 Known for her stream-of-consciousness literary style, Virginia Woolf’s books explore a 19th century take on writing, politics, war, mental disease and much more that shed’s insight on how she inspired future writers.

There have been many attempts to translate Virginia Woolf’s books and stream-of-consciousness literary style into film and plays. Virginia Woolf is regarded as one of the more important 20th-century novelists. Virginia Woolf was one of the foremost writers who used stream of consciousness as a narrative device, following her contemporaries such as Marcel Proust, Dorothy Richardson, and James Joyce. Woolf’s reputation was at its greatest during the 1930s but declined considerably following World War II. The growth of feminist criticism in the 1970s helped re-establish her reputation.

A young Virginia submitted her first article in 1890, to a competition in Tit-Bits. Although it was rejected, this shipboard romance by the 8-year-old would foreshadow her first novel 25 years later, as would contributions to the Hyde Park News, such as the model letter “to show young people a correct for of expressing what is in their hearts”, a subtle commentary on her mother’s legendary matchmaking.

She transitioned from juvenilia to professional journalism in 1904 at the age of 22.

The next year, Woolf began writing for The Times Literary Supplement.

Woolf was known to write novels and essays as a public intellectual to both critical and popular acclaim. Much of her work was self-published through the Hogarth Press.

“Virginia Woolf’s peculiarities as a fiction writer have tended to obscure her central strength: she is arguably the major lyrical novelist in the English language. Her novels are highly experimental: a narrative, frequently uneventful and commonplace, is refracted—and sometimes almost dissolved—in the characters’ receptive consciousness. Intense lyricism and stylistic virtuosity fuse to create a world overabundant with auditory and visual impressions”.

“The intensity of Virginia Woolf’s poetic vision elevates the ordinary, sometimes banal settings”—often wartime environments—”of most of her novels”.

Her first novel, The Voyage Out, was a fiction, published in 1915 at the age of 33, by her half-brother’s imprint, Gerald Duckworth and Company Ltd. This novel was originally titled Melymbrosia, but Woolf repeatedly changed the draft. An earlier version of The Voyage Out has been reconstructed by Woolf scholar Louise DeSalvo and is now available to the public under the intended title. DeSalvo argues that many of the changes Woolf made in the text were in response to changes in her own life. The novel is set on a ship bound for South America, and a group of young Edwardians onboard and their various mismatched yearnings and misunderstandings. In the novel are hints of themes that would emerge in later work, including the gap between preceding thought and the spoken word that follows, and the lack of concordance between expression and underlying intention, together with how these reveal to us aspects of the nature of love.

“Mrs Dalloway  centres on the efforts of Clarissa Dalloway, a middle-aged society woman, to organise a party, even as her life is paralleled with that of Septimus Warren Smith, a working-class veteran who has returned from the First World War bearing deep psychological scars”.

Woolf’s fiction has been studied for its insight into many themes including war, shell shock, witchcraft, and the role of social class in contemporary modern British society. In the postwar Mrs Dalloway (1925), Woolf addresses the moral dilemma of war and its effects and provides an authentic voice for soldiers returning from World War I, suffering from shell shock, in the person of Septimus Smith.

The book was made into a movie through Mrs Dalloway (1997).

Plot: In 1923 London, socialite Clarissa Dalloway’s (Vanessa Redgrave’s) well-planned party is overshadowed by the return of an old suitor she had known thirty-three years earlier.

“To the Lighthouse is set on two days, ten years apart. The plot centres on the Ramsay family’s anticipation of and reflection upon a visit to a lighthouse and the connected familial tensions. One of the primary themes of the novel is the struggle in the creative process that beset painter Lily Briscoe while she struggles to paint in the midst of the family drama. The novel is also a meditation upon the lives of a nation’s inhabitants in the midst of war, and of the people left behind.”[311] It also explores the passage of time, and how women are forced by society to allow men to take emotional strength from them.

Plot: A family spends their last summer at the seashore, before personal tragedy and the outbreak of World War I destroy their world.

Orlando: A Biography  is one of Virginia Woolf’s lightest novels. A parodic biography of a young nobleman who lives for three centuries without ageing much past thirty (but who does abruptly turn into a woman), the book is in part a portrait of Woolf’s lover Vita Sackville-West.It was meant to console Vita for the loss of her ancestral home, Knole House, though it is also a satirical treatment of Vita and her work. In Orlando, the techniques of historical biographers are being ridiculed; the character of a pompous biographer is being assumed for it to be mocked.

The book was made into a movie through Orlando (1992).

Plot: After Queen Elizabeth I commands him not to grow old, a young nobleman struggles with love and his place in the world.

“The Waves (1931) presents a group of six friends whose reflections, which are closer to recitatives than to interior monologues proper, create a wave-like atmosphere that is more akin to a prose poem than to a plot-centred novel”.

Flush: A Biography (1933) is a part-fiction, part-biography of the cocker spaniel owned by Victorian poet Elizabeth Barrett Browning. The book is written from the dog’s point of view. Woolf was inspired to write this book from the success of the Rudolf Besier play The Barretts of Wimpole Street. In the play, Flush is on stage for much of the action. The play was produced for the first time in 1932 by the actress Katharine Cornell.

The Years (1941),  traces the history of the genteel Pargiter family from the 1880s to the “present day” of the mid-1930s. The novel had its origin in a lecture Woolf gave to the National Society for Women’s Service in 1931, an edited version of which would later be published as “Professions for Women”. Woolf first thought of making this lecture the basis of a new book-length essay on women, this time taking a broader view of their economic and social life, rather than focusing on women as artists, as the first book had. She soon jettisoned the theoretical framework of her “novel-essay” and began to rework the book solely as a fictional narrative, but some of the non-fiction material she first intended for this book was later used in Three Guineas (1938).

“Her last work, Between the Acts (1941), sums up and magnifies Woolf’s chief preoccupations: the transformation of life through art, sexual ambivalence, and meditation on the themes of flux of time and life, presented simultaneously as corrosion and rejuvenation—all set in a highly imaginative and symbolic narrative encompassing almost all of English history.”

This book is the most lyrical of all her works, not only in feeling but in style, being chiefly written in verse.  While Woolf’s work can be understood as consistently in dialogue with the Bloomsbury Group, particularly its tendency (informed by G.E. Moore, among others) towards doctrinaire rationalism, it is not a simple recapitulation of the coterie’s ideals.

A Room of One’s Own

Among Woolf’s non-fiction works, one of the best known is A Room of One’s Own (1929),a book-length essay. Considered a key work of feminist literary criticism, it was written following two lectures she delivered on “Women and Fiction” at Cambridge University the previous year. In it, she examines the historical disempowerment women have faced in many spheres, including social, educational and financial. One of her more famous dicta is contained within the book “A woman must have money and a room of her own if she is to write fiction”. Much of her argument (“to show you how I arrived at this opinion about the room and the money”) is developed through the “unsolved problems” of women and fiction writing to arrive at her conclusion, although she claimed that was only “an opinion upon one minor point”.[341] In doing so, she states a good deal about the nature of women and fiction, employing a quasi-fictional style as she examines where women writers failed because of lack of resources and opportunities, examining along the way the experiences of the Brontës, George Eliot and George Sand, as well as the fictional character of Shakespeare’s sister, equipped with the same genius but not position. She contrasted these women who accepted a deferential status with Jane Austen, who wrote entirely as a woman.

In A Room of One’s Own (1929) Woolf equates historical accusations of witchcraft with creativity and genius among women “When, however, one reads of a witch being ducked, of a woman possessed by devils…then I think we are on the track of a lost novelist, a suppressed poet, of some mute and inglorious Jane Austen”.

“The Mysterious Case of Miss V.”

“The Journal of Mistress Joan Martyn”

“A Dialogue upon Mount Pentelicus”

“Memoirs of a Novelist”

“The Man who Loved his Kind”

“The Fascination of the Pool”

“Scenes from the Life of a British Naval Officer”

‘The Pastons and Chaucer’

‘On not knowing Greek’

‘Notes on an Elizabethan Play’

‘The Duchess of Newcastle’

‘Lives of the Obscure – Taylors and Edgeworths’

‘Lives of the Obscure – Laetitia Pilkington’

‘The Russian Point of View’

‘The Patron and the Crocus’

‘How it strikes a Contemporary’

‘”The Countess of Pembroke’s Arcadia”‘

‘Lord Chesterfield’s Letters to his Son’

‘The Niece of an Earl’

‘The Novels of George Meredith’

‘”I am Christina Rossetti”‘

‘The Novels of Thomas Hardy’

‘How Should One Read a Book?’

‘The Death Of The Moth’

‘Evening Over Sussex: Reflections in a Motor Car’

‘”Twelfth Night” at the Old Vic’

‘The Rev. William Cole: A Letter’

‘The Historian and “The Gibbon”‘

‘The Man at the Gate’

‘3. The Letters of Henry James’

‘The Art of Biography’

‘A Letter to a Young Poet’

‘Thoughts on Peace in an Air Raid’

‘The Novels Of Turgenev’

‘Half Of Thomas Hardy’

‘The Sun And The Fish’

‘Memories Of A Working Women’s Guild’