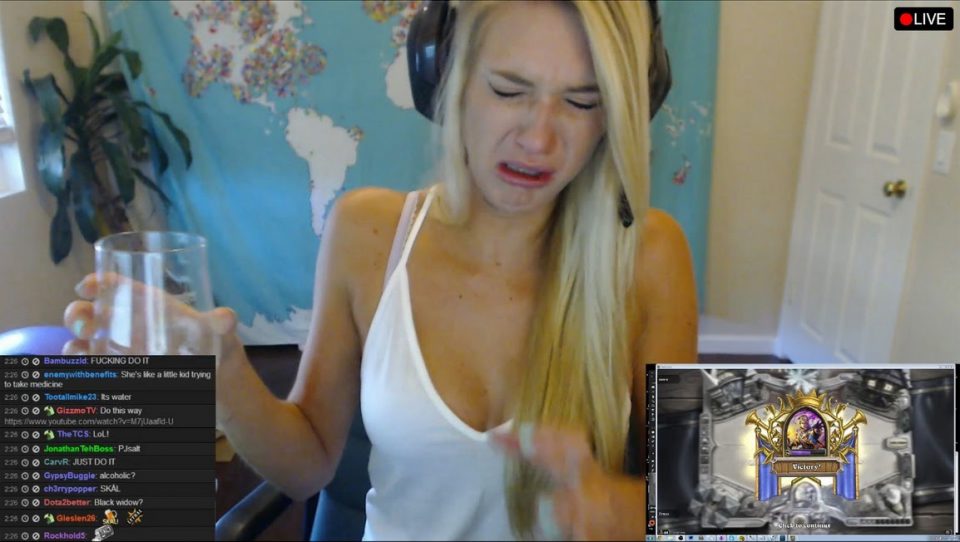 Twitch is one of the most popular streaming platforms today. It’s filled with lots of streamers. While it started as a medium for gamers to stream their videogame playthroughs, it has gone on to feature streams by musicians, artists and even exotic dancers. With so many people streaming a variety of content, a lot of which is scandalous, it is only natural that some of the streamers have shown a disregard towards the community guidelines of Twitch. A lot of these streamers and their wild escapades have been documented in the Twitch Gone Wild subreddit.

The subreddit is a place for “open minded Adult Twitch Livestream Redditors to exchange their nude bodies and/or half clothed bodies for karma, showing it off in a comfortable environment without pressure”. The Twitch Gone Wild subreddit is the place for just about every kind of adult, “not safe for work (NSFW)” livestream. The content doesn’t even necessarily have to be from Twitch livestream. It can be from just about anywhere. Be warned before visiting the subreddit, the content over there is completely NSFW and usually sexual in nature. If you get offended by nudity and sexualized content, you are better off staying away from it. It’s definitely not the place you want to stumble upon accidentally, especially when you are around friends, family, or co-workers. While we won’t be discussing those specific Twitch Gone Wild scenarios in this post, we will definitely talk about more Twitch streamers who have violated the Twitch community guidelines in a less (or non) sexual manner.

Over the years, many popular personalities in gaming rose to popularity on Twitch. A lot of people have become famous on Twitch, a lot of them have also become infamous on Twitch. We will take a look at some of the latter. Sometimes Twitch has banned content which shouldn’t be considered sexual or controversial in the first place. Last year, a woman named heather Kent had her video removed which featured her breastfeeding her son. It was done in an attempt to normalize breastfeeding but Twitch removed it nonetheless. Here is what Heather kent had to say about the issue: “Today I streamed while breastfeeding on Twitch. This clip (which had over 20k views and would’ve helped tremendously with the #normalizingbreastfeeding movement) was deleted by Twitch with no explanation”. While such incidents of non justified bans exist, most Twitch bans seem to be for justifiable reasons, let’s take a look at four such instances.

CinCinBear is no stranger to controversy on Twitch, and repeatedly gets into hot water over several issues. She has received a lot of flak over the years for her talking down on people with issues related to mental health.

In 2019, she got into trouble with Twitch and received a ban for telling her audience that she will pose nude if someone donated a million dollars. She later went to explain it was a joke, but Twitch banned her temporarily nonetheless. Jokes about posing nude are somewhat harmless but mental health is definitely not something people should be joking about. A lot of people have committed suicide because people don’t hear them out and take their condition seriously. If CinCinBear continues to be insensitive about it, she might get banned again in the future.

Joey Salads might be a familiar name to the fans of H3H3 productions, as he was the subject of a lot of their videos. He has been active on a lot of platforms, including Twitch.

He received a ban in 2019 for violating Community Guidelines relating to self-harm. He streamed himself getting pepper-sprayed by his friend, which raised red flags for Twitch.

The clip was later shown and discussed in the H3 Podcast. He even donated $10,000 to streamers who destroyed their television sets (it was a sponsored video by the Fireworks app). The streamers were supposed to download the Fireworks app and use it to record themselves breaking their television set. If Fireworks got 20,000 downloads, Joey Salads was provided with another $20,000 to spend on this absurd promotional program.

Recently, she was banned for flashing her breasts on the camera while on stream. Ironically, she said this just a few days before the incident:

“It should be okay, chat. Twitch said that if something pops up on your screen now, as long as you end the stream and delete the VOD, and delete the clips, then you’re fine. So it should be okay.” The ban worked out well for her though. Amouranth became the fastest growing Twitch streamer after the ban. Sex sells everywhere after all.

The Community Guidelines on Twitch, before the current wave of bans, acted as more of a deterrent only. Mango is one of the most popular Super Smash Bros Melee streamers and was even ranked in the Top 5 for six years in a row. He is one of the most famous figures in the Melee community.

In January 2019, he received a 7-day ban that was a result of a night out in the city. While a lot of streamers tend to drink before, or during a stream, Mango passed out drunk while streaming.

He was seen slumping in his chair and slurring his word, and shortly after, collapsed to the floor. This violated Twitch’s community guidelines, and he received a ban right after. Yes, drinking can be fun. But if you pass out drunk while streaming live on twitch, the ban hammer will come your way. So all Twitch streamers should remember to drink responsibly. In fact, that’s a general rule to live by in life. Enjoy life, enjoy Twitch, drink responsibly.

The Advantages of Keeping Cable TV