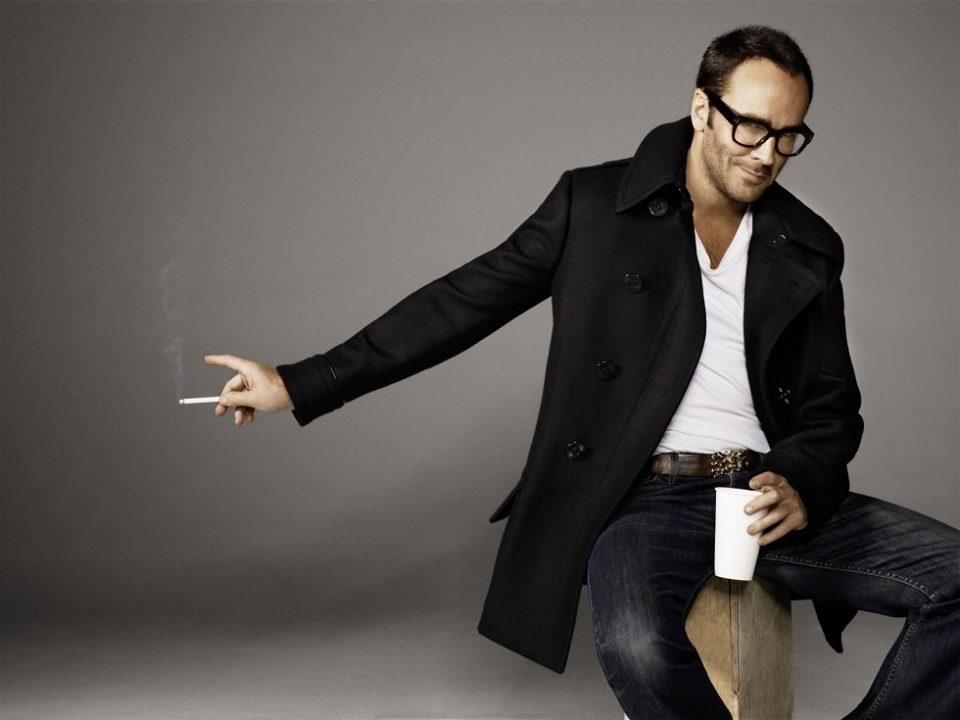 Unveiling the history of the yesteryears of Hollywood or the royal years of kings and queens, everything was centered and tailored to dress them in enviable style and penchant for luxury. Some people get famous off of this, and become revered, but they also grappled with troubled upbringings and tumultuous relationships throughout their lifetimes. Diving past the curtain of glamorous celebrities, we decided to humanize the icons of today. One such celebrity is Tom Ford who is rightfully called the jack of all trades and a perfectionist to top it off. A prolific designer, acclaimed film director, and fashion photographer, the creative juices oozes while pushing sensual boundaries and simultaneously making it all seem effortless. From making waves at Gucci, to forging his own path with his eponymous label, to being appointed chairman of the CFDA, to having a Jay-Z song dedicated to him, the seemingly ageless fashion staple shows no signs of slowing down.

Here are 12 facts about the designer who changed the fashion industry forever:

Tom Ford:12 Facts About The Designer That Are Interesting

The celebrated designer was born Thomas Carlyle Ford in Austin, Texas in 1961. His parents, Shirley Bunton and Tom Ford Sr., both worked in real estate. The designer attended New York University, majoring in art history in 1979.

2. Tom Ford once had aspirations of becoming an actor:

After one year of schooling, however, Ford dropped out to pursue his dreams of becoming an actor in California. Once arriving in Los Angeles, Ford modeled and acted in television commercials. While in the big city, Ford met Andy Warhol at the tail end of the Studio 54 craze and began to frequent the party landmark. This time would later influence his ever-glamorous approach to fashion design. Ford soon returned to the Big Apple, however, this time to pursue a degree at Parsons School of Design. He originally studied architecture, but quickly shifted gears in favor of fashion design.

3. From Gucci to Marc Jacobs, this is how he met them:

After graduation, Ford landed a spot as the design assistant with American sportswear designer Cathy Hardwick. Following his time with Hardwick’s team, Ford moved onto a design director position at Perry Ellis, where Marc Jacobs was vice president. A nearly bankrupt Gucci put Ford at the helm as creative director in 1994. By 1996, the brand saw an increase in sales up to 90 percent and by 1999, the designer had breathed new life into the dying label, turning it into a 4 billion dollar fashion empire.

4. After saving Gucci, things got weird for Tom Ford:

When the Gucci Group acquired Yves Saint Laurent under the advisement of Ford, the designer was appointed Creative and Communications Director of YSL’s ready-to-wear line. With the brand’s founder, Yves Saint Laurent, maintaining his direction of Haute Couture, the two became friendly colleagues.

When Ford began throwing his own vision into the mix, their relationship turned sour with Saint Laurent insulting Ford to the press.

5. The Tom Ford brand was born:

About a year after leaving Gucci Group, Ford established his own line by partnering with Estée Lauder for a cosmetics and fragrance line. From there, he began to produce eyewear, menswear, and quickly enough, the whole Tom Ford product array was in store, becoming the luxury clothing empire it is today.

The designer has an aversion to cell phones and constant talking on the phone–so much so, that he is unable to recall his own phone number. He relegates his device to emergencies and photography purposes.

Ford reportedly indulges in a whopping four baths each day. The designer finds bathing to be a relaxing and meditative practice, taking one when he wakes, one before he begins his day, another for when the work day ends, and an extra before bed.

7. Tom Ford was known to be scandalous:

At Gucci, Yves Saint Laurent, and his eponymous line, his scandalous advertisements (often styled by Carine) gained a reputation for being over-the-top sexy and highly controversial. While still at the helm of Gucci in 2003, Ford personally shaved the letter “G” in a model’s public hair for an advertisement, skillfully perfecting the lines with an eyebrow pencil. After airing, the campaign was almost instantaneously banned internationally.

Ford’s home in Holmby Hills, Los Angeles is a mansion in which American socialite Betsy Bloomingdale formerly lived for over 50 years. Ford has owned the large ranch estate in Santa Fe, New Mexico since 2001. Not only does it house the main residence, which Ford added, but also two guest houses, horse stables and riding rings, a tennis court, and a Western film set. Also known as Cook Ranch and Cook Movie Ranch, the historic movie set has been host to over 30 Hollywood productions. The ranch is currently on the market for $48 million which tells you something about Tom Ford’s net worth.

9. Tom Ford was an alcoholic:

Having been sober for over 10 years now, Ford cut drugs and alcohol from his life after acknowledging his struggle with alcoholism and opting for a cleaner, healthier, and calmer lifestyle for himself, his partner, and their son.  While Ford made the shift to a plant-based diet in recent years, he makes an exception for donuts and other sugary delights. After discovering the dire conditions of most animals that are raised for meat through a documentary, he felt he should make the change. However, with having a sweet tooth, baked goods are his cheat treats.

10. Tom Ford is a photographer:

After having established his namesake brand in 2004, the creative perfectionist has dipped his toes in fashion photography as well. While having shot a handful of his own campaigns, Ford has also photographed editorials for fashion publications, such as this image from CR Fashion Book Issue 3.

He and his husband, Richard Buckley, have been together since meeting at a fashion show in 1986. The fashion journalist and Ford share a seven year old son, Alexander John Buckley Ford. One of Ford’s closest friends, rock ‘n’ roll royalty and celebrated designer in her own right, Stella McCartney is his son’s godmother. When asking McCartney to take on the responsibility, Ford and Buckley reportedly “both got down on bended knee” to pop the question.

12. Tom Ford finally got into Hollywood:

In 2005, Ford founded his own production company Fade to Black. Since then, he’s produced and directed two critically acclaimed films, 2009’s A Single Man and 2016’s Nocturnal Animals.

10 Myths About Therapy That You Need to Stop Believing

What Is a No Deposit Bonus at a Casino and How Can You Put It to Best Use?