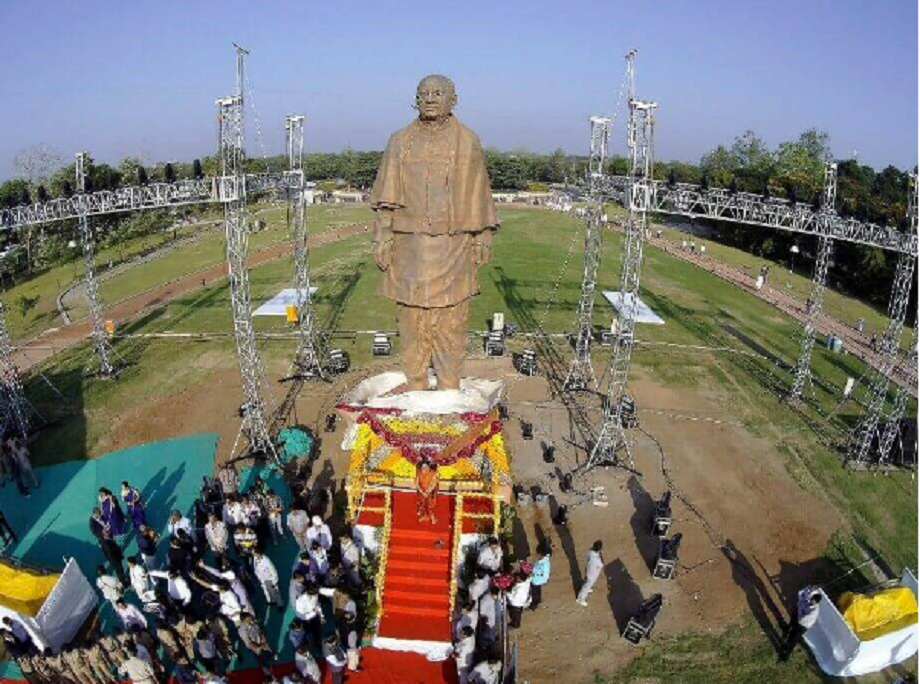 The Statue of Unity, inaugurated on 31st of October, 2018 is attracting nearly 10-15 thousand visitors each day that has also become one of the major tourism spots not only for Gujarat, but for the country as well.
This statue, dedicated to Sardar Patel has made around 4,04,082 people visit the state until 23rd December and have resulted in accumulation of approximately Rs10.11 crores by selling entry tickets to the Statue.
Gujarat government is even looking forward at the possibilities of starting a seaplane from Ahmedabad’s Sabarmati river till Narmada river where Statue of Unity is located. In one of the interviews, The Managing Director of Gujarat Tourism, Jenu Devan said that, “There are four places in our mind for the seaplane services — Sabarmati river (Ahmedabad), Shetrunji river (Bhavnagar), Dharoi dam (Mehsana), and areas around the Statue of Unity. At the moment, technical studies to start the services are underway. Once technical feasibilities are given a green light, we will go ahead with the project,”
With rising popularity seen among masses for the world’s tallest statue where people are getting more eager to know about it, Gujarat government is making plans for various events in 2019. A series of state-level and national level events will be held near the Statue of Unity at Kevadia Colony right after the month of Kite festival.
In one of the recent annual conference of DGPs held at this 182 metres tall Statue, our Honourable Prime Minister Narendra Modi remained present on site and called fliers from between Delhi and Mumbai to spot the Statue himself.
The Gujarat government also plans a three-day international kite festival to be organised near Statue of Unity that earlier took place at Satpura Hills. This event will be inaugurated by State’s Chief Minister Vijay Rupani on 8th of January where kite fliers from all over the world are expected to take part in the event. According to Gujarat Principal Secretary of Tourism, S.J. Haider “There is no either, or. Both the places are important in their own ways. Since the Statue of Unity is something truly iconic and new, it is a global landmark that we need to popularise,”

After a month of this event i.e. second week of February, the Statue of Unity complex is planning to host state election commissions for conference on readiness of upcoming General elections taking place in between April-May of 2019. Although the dates for this conference has not been finalised yet, it has been reported that three-day meet will be conducted for which Collector of Narmada district will be notified for the same.
S.J. Haider also reported that the statue has “immense tourism potential” which will require unlocking its probability and the manner it contributes to the exclusive growth of tourism and sustainable development of the region as well as India as a whole. He further added, “We are thinking of promoting wellness tourism and yoga, eateries with tribal delicacies. We can have eco-tourism circuits like Zarwani waterfall. The idea is to offer visitors a variety of things on their platter. The centre of attraction will be the Statue of Unity, but on the side-lines, there will be additional activities. Like we are thinking of promoting bicycle lanes as a healthy and refreshing activity. We are also planning a theme park near the complex,”.
The international and national level events held at the Statue of Unity will not only boost tourism within the state, but also help in contributing upliftment of the local communities as well as country economy along with gaining prosperity and fame for the nation.