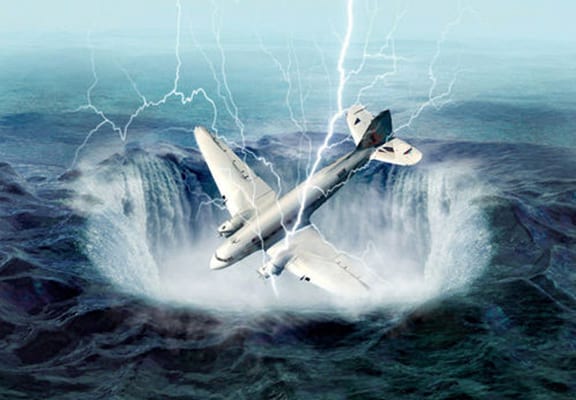 The Bermuda Triangle is one of the most mysterious place on earth situated in Atlantic Ocean roughly between Puerto Rico, Bermuda and Miami.

Many unexplained incidents and deaths have taken place in Bermuda Triangle which have made it one of the most researched topics by researchers. In fact, many people simply navigate the surrounding regions of The Triangle every day to find out clues behind past incidents.

Let us jump straight into the topic and find out what the researchers have found till date regarding this notorious place. 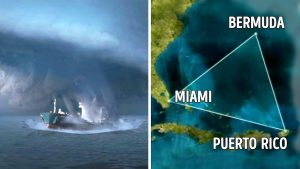 The Bermuda Triangle holds the highest record where the planes and ships get disappeared without giving us any idea behind their disappearance. Scientifically, there are many reasons to get ships sink and planes crashes, but none of the reasons matches with the incidents taken place in Bermuda Triangle. Therefore, Bermuda Triangle or the Devils Triangle is constantly in news although what we get to hear is just another drivel explanation and myths. The reporters merely make false allegations and phenomenon’s that does not exist. 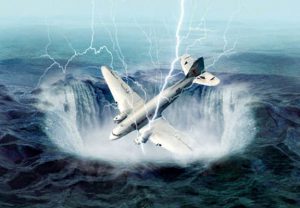 On 26th April, 2016, one of the science channel claimed that the mystery behind incidents in Bermuda Triangle have been solved which made the channel the highest rating driven as people anxiously watched the show. Above video is an edited version of the telecast that includes major points of the explained theory which is worth watching. The hexagonal shaped image of holes in the cloud above the Triangle can be the reason behind sinking of large boats and shipwrecks along with plane crashes over there. Micro bursts or natural meteorological phenomenon is what causes mysterious happenings over 500,000 square km stretched area in Northern parts of Atlantic Ocean. According to few scientists, hexagonal shaped clouds must be majorly responsible for creating terrifying incidents in which 170 mph winds that acts as an air bombs must have blasted the ships and crashed the plane in halves and bringing them down into the roaring oceans.
Science channel also claimed that the cloud patterns over Bermuda Triangle showed unusual honeycombed shape that mixed dry air with warm water thus creating unbalanced and corrosive environment in that place.
Although the theories somewhat have practicality in them, but the missing piece I found is what happened to residues of ships and planes? Even the bodies of dead people have never been found. What made them vanished? There are deeper oceans in the worlds where world’s great sea divers are reaching at the extreme bottoms of the ocean bed. Then why is that wrecked ships and crashed planes pieces never found in Bermuda Triangle area.
Nevertheless, these questions demand more detailed research but at least now we have some notion about facts behind shipwrecks and plane crashes at The Devils Triangle.

as you said how far can someone before he/she sinks?if someone is close enough to dive in or some experimental device