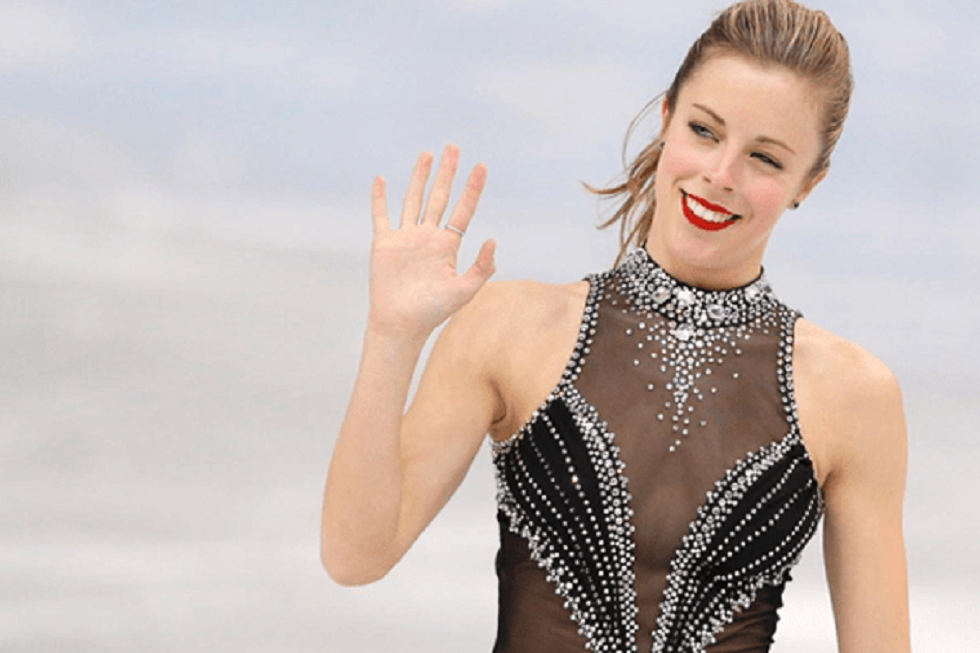 In July 2019, Olympic silver medalist figure-skater Ashley Wagner reported that fellow former figure skater John Coughlin had sexually assaulted her in 2008 at a US national team training camp in Colorado.

Who is Ashley Wagner?

Ashley Elisabeth Wagner is a German-born American figure skater. Her noteworthy achievements include being an Olympic bronze medalist and US national champion in figure skating. Wagner began skating at age five in Alaska. She says that one day her mother told her she could choose between figure skating or ballet, but she “wasn’t going to do anything in pink shoes.” According to her mother, Ashley began showing promise early and won a gold medal in her first competition. Ashley Wagner watched Tara Lipinski in the 1998 Winter Olympics in Japan, winning the gold medal on her television. After that moment, she decided that she wanted to compete in the Olympics.

Recently she has come under the spotlight for saying that she was sexually assaulted as a teen in 2008 at a party when she was just 17 years old. She named her abuser as fellow figure skater John Coughlin, who was 22 at the time.

Ashley Wagner said she has decided to come forward to help make the sport safer after watching Alysa Liu become a US national champion at age 13. “It is not normal for kids and teenagers to be in the same social environment as adults,” Ashley Wagner said. “But in figure skating, it happens all the time. Thirteen-year-old girls can be on the same international team as 21-year-old men, traveling on the same flights, staying in the same hotels, eating all of their meals together.”

When was Ashley Wagner born?

Ashley Wagner was born in 1991 to Retired U.S. Army Lieutenant Colonel Eric Wagner, and Melissa James, a former schoolteacher. Ashley Wagner is currently 28 according to her birthdate May 16, 1991.

She was born as the first child and only daughter in the U.S. Army Base in Heidelberg, Germany, which was where her father was stationed at the time.

Where did Ashley Wagner grow up?

Ashley Wagner was born in a U.S. Army Base in Heidelberg, Germany (which was where her father was stationed at the time) but having a father in the army meant that she was a military child and had to move with her family accounting to nine times during her childhood.

Besides Germany, she has lived in Delaware, California, Alaska, Kansas, Washington State, and Northern Virginia (when she was ten years old). Ashley Wagner currently lives in Southern California but considers Seabeck, Washington her home.

Ashley’s younger brother also followed in her footsteps as a skater and competed on the national level.

How Tall Is Ashley Wagner?

Where is Ashley Wagner in the Olympics?

Ashley Wagner has received Olympic medals for figure skating at the 2014 Sochi Olympic Winter Games in Team figure skating. In the 2014 Olympic, she became a bronze medalist in the team event.

In addition to these achievements she is also the 2016 World silver medalist, the 2012 Four Continents champion, a three-time Grand Prix Final medalist, winner of five Grand Prix events and a three-time U.S. national champion in 2012, 2013 and 2015.

What happened to Ashley Wagner?

In a written piece and video that she shot for USA Today, Ashley Wagner claimed that she was sexually assaulted by former figure skater John Coughlin when she was just 17 years old and when he was 22.

It was June of 2008, Ashley has just turned 17 and she was in Colorado Springs, Colorado , attending a figure skating camp, attended a party with friends at a house.

It was her first time at a party and the first time she had tried a sip of alcohol. As the night went on, she said that no one was able to drive her back to the hotel where she was staying, so she and some other girls spent the night.

“It felt safe,” Ashley stated. “My friends were there. I was offered a bed and didn’t think twice about taking it, and soon drifted off to sleep.” During the middle of the night,  Coughlin decided to sexually assault her.

“I thought he just wanted a place to sleep,” Ashley said. “But then he started kissing my neck. I just pretended to be in deep sleep, hoping he would stop. But he didn’t.

“When his hands started to wander, when he started touching me, groping my body, I tried to shift around so that he would think I was waking up and would stop. He didn’t.”

As it continued, Ashley eventually pulled back and told him to stop, which she says he did.

“I didn’t have the knowledge and empowerment that came with the #MeToo movement back in 2008.  No one had explained “consent” to me. Something that was so ambiguous then is very clear now, I was sexually assaulted! ” Said Ashley Wagner.

Earlier in January 18, 2019, John Coughlin was found dead from suicide by hanging one day after being suspended from figure skating for unspecified allegations. Coughlin, a two-time US pairs champion was only 33 years old at the time of his death.

On December 17 2018, the U.S. Center for Safe Sport listed Coughlin with the note “Interim Measure – Restriction” due to his allegations and he subsequently resigned from his position.

On January 17, 2019, after Safe Sport had changed Coughlin’s status to “interim suspension”, U.S. Figure Skating suspended him. The following afternoon, police were dispatched to his father’s home in Kansas City following a report of a suicide. The department confirmed Coughlin’s manner of death to be suicide.

Who is Ashely Wagner Dating?

She is currently single.

How Much Is Ashley Wagner Worth?

As of 2019, Ashley Wagner has an estimated net worth of $4 million. Her value was  estimated to be at $2 million in 2017. She is sponsored by sports brands like Nike, was an ambassador of Pandora Jewelry and featured on the cover of Covergirl.

What is Ashley Wagner doing now?

With regards to her sexual assault story she said that “Over the past few months, as I decided to tell this story, I wrestled with using John’s name, as he was a prominent figure skater who died by suicide in January, and so I fully understand the issues with naming him. But a name can shape so much of how my story is perceived. Without it, I know people will question my credibility.”

As of January 2019, Wagner has taken a break from figure skating and has moved to Boston, Massachusetts, now 28 and retired from the sport.