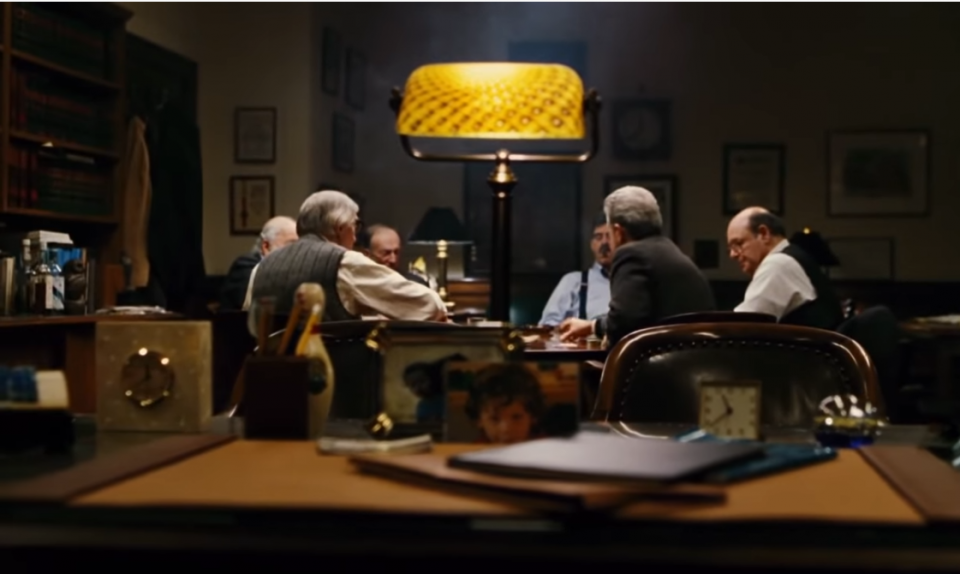 Whether you’re into the classics or a good old action title, casino movies offer the excitement that we all occasionally crave. There’s the glamour, the risk and not to mention the well dressed and easy on the eye actors that waltz through the grand scenes. Not to mention, they’re usually set in a highly envious location that will have you wanting to grab your passport and jet off to a casino resort in the sun before morning.

Taking first spot on the list is the classic Ocean’s Eleven, featuring none other than George Clooney and Brad Pitt. With an IMDB rating of 7.7/10, Danny Ocean and his entourage set their sites on the dazzling Bellagio hotel and Casino as they plan their renowned heist. After less than 24 hours of being released on parole, Danny plans his next heist which is set to go down as one of the best in history.

While not all casino experiences can be as glamorous as Vegas’s best venues, Ocean’s Eleven has viewers dreaming of their next visit to the gaming capital of the US.  Full of glitz, glamour and action, this remake of the Rat Pack film has stepped up to a whole new level of the casino world. And for those who can’t get enough, there are 3 other movies, Ocean’s twelve, Ocean’s thirteen, and Ocean’s 8. Each follow one features elaborate heist in luxurious European settings.

It’s certainly not one to miss.

This title in the 007 series features none other than Bond himself as he goes on a mission to take down Le Chiffre; a banker for some of the world’s top criminals. Set in the luxurious European location of Montenegro, Bond intercepts a game of Texas Hold’em at the Le Casino Royale, in order to prevent the crime organisation from winning. In doing so, Bond hopes to cut off the lifeline of the organisation and bring them down for good.

It’s a mix of glamour, sun kissed settings, bow ties and not to mention next level action that will have you clinging to the edge of your seat. The film features the legendary Danie Craig as Bond, so it’s a win win for the poker and Bond fans out there.

While it might be taking us back a few decades now, this 1980’s american drama is a classic. Featuring a young Matt Damon, John Malkovich and Edward Norton, the film centres around Damon as a college student and entrepreneur, who tries to raise funds for his tuition fees through a high stakes game of poker.

The film shows extraordinary skill and demonstrates commendable poker strategy, while it doesn’t fail to neglect the action we all crave. IMDB gives rounders a score of 7.3/10, the film portrays several popular variants of poker, from Omaha, Razz and Hold’em to

For those that want to get in on the action, without needing to invest in a new suit and a bow tie, there’s a wealth of casino online games available that can be played from the comfort of your own sofa.

This pool hustling movie features Tom Cruise and Paul Newman as they go head to head in a number of pook tournaments. While critics say it’s not as good as the sequel, ‘The Colour of Money’, The Hustler offers a slightly different side to the world of competitive gaming.

While many casino movies are focused on the action, glitz and glamour of those that enjoy the higher life, The Hustler offers a more humanistic and emotional storyline that gives an insight into what the industry can really be like. There’s no fast cars, secret agents or elaborate heists, however there’s a real storyline that captivates the audience from the get go.

Moving back into the 21st Century, Mississippi Grind features the legendary Ryan Reynolds as he heads down south to New Orleans for a game of poker. Again, skipping the glitz and glamour of the typical casino portrayal, this movie shines a light on the not so pretty side of the industry. Featuring drug addiction and depressed characters, picture dark grotty rooms with stubbed out cigarettes and empty beer bottles for days.

That’s not to say the story line won’t grip you. Rated as one of Reynolds best performances to date, Mississippi Grind is certainly real and will have you hooked.

What list of the best casino movies is complete without The Hangover. This classic features some major names, including Bradley Cooper, Ed Helms, Zach Galifianakis, Heather Graham, Justin Bartha. It features a great mix of action and comedy as Phil, Stu and Alan take us on a journey to Vegas for a bachelor party like no other.

Featuring a tiger in a bedroom, a giraffe in a car and a tooth that goes astray at a wedding, this casino comedy has a feel good vibe that has viewers wanting to grab their passport and head to Vegas.

Overall, whether you’re into the likes of poker and slot games or not, these casino themes movies offer a mix of comedy and action that won’t make you regret downloading them.

How to Write a Story: Writing Tips for Aspiring Writers