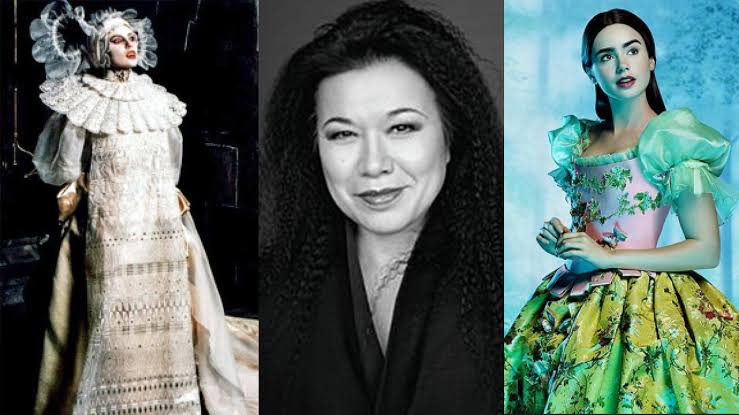 Eiko Ishioka was a legendary Japanese costume designer, graphic designer and art director who earned her fame via her work in the fields of print media, advertising, sports, stage and most famously, on the silver screen. Eiko Ishioka was very well renowned for her contributions towards the advertising campaign for the famous Japanese boutique chain, Parco. Eiko Ishioka also collaborated with the popular sportswear company Descente to design the uniforms and outerwear for the Japanese, Spanish, Swiss and Canadian teams participating in the 2002 Salt Lake City Winter Olympic Games. Eiko Ishioka’s relationship with the Olympics didn’t just end there, she also served as the costume designing director for the 2008 Beijing Summer Olympic Games. Outside of these legendary contributions in the field of sports, Eiko Ishioka was also a well renowned costume designer in Hollywood. Eiko Ishioka’s crowning achievement was her work as a costume designer in the seminal 1992 feature film Bram Stoker’s Dracula, directed by the legendary Francis Ford Coppola (of Godfather and Apocalypse Now fame). The film starred famous actors Gary Oldman as Dracula, Anthony Hopkins as Abraham Van Helsing, Winona Ryder as Mina Harker and Keanu Reeves as Jonathan Harker. Eiko Ishioka won the Academy Award for Best Costume Design for her stellar work in this movie. The film was generally praised for its look and feel and Eiko ishioka’s costume design played a pivotal role in that.

How did Eiko Ishioka start her career?

On July 12th, 1938, as the world stood on the precipice of the most deadly war it had ever seen, Eiko Ishioka was born in Tokyo, Japan. Eiko Ishioka’s mother was a housewife and her father worked as a commercial graphic designer. In a somewhat contradictory way, Eiko Ishioka’s father encouraged and nurtured her interest in art since childhood but regularly advised her against following him into the graphic design business. She attended the Tokyo National University of Fine Arts and Music. Upon graduating from the University, Eiko Ishioka entered the male-dominated world of Japanese graphic design. It was a ruthless, take-no-prisoners world and women were considered too soft for it. Eiko Ishioka however, was one tough woman who was built to thrive in the ultra-competitive environment. However, she was forced to enter that world via the female route. In the 60s, Eiko Ishioka joined the advertisement division of Japanese cosmetics giant Shiseido. Shiseido wasn’t just a forerunner in the world of cosmetics, it was also a pioneer in the world of graphic design since promoting the moga or ‘modern girl’ image in the 1920s. However, as Eiko Ishioka soon found out, the girls who worked for Shiseido, weren’t really all that modern. All of them were tiny dolls brought up to be miss goody-two-shoes and listen rather than speak, as per Eiko Ishioka. After being fed up by the existing culture, Eiko Ishioka made the radical proposal to use big and strong women, who might even have a mean streak to themselves.

What did Eiko Ishioka do after Shiseido?

During the early 70s, Eiko Ishioka moved out of Shiseido and opened her own agency. She held the position of creative advertising director for clients such as Parco. Parco was a famous lifestyle brand which wanted to market products as well as a certain lifestyle to its targeted customer base. At that point of time, that idea was a novelty for Japan and Eiko Ishioka saw it as a liberating force. Eiko Ishioka used sex and sexuality as an important medium to speak to Parco’s youthful customer base. In her own words “Eroticism is very important in attracting people’s souls.”

Surreal sexuality and nudity which had been associated with a lot of art in the 60s, had successfully transferred into the world of advertising in the 70s. Eiko Ishioka was the forerunner of that movement in Japan. Her print and poster ads were visible all over Japan and helped shape generations to come. Eiko Ishioka’s favourite big lady during the 70s was Faye Dunaway who was famously cast as a western dragon lady in a famous advertisement where she just peeled and ate a hardboiled egg. While the ad might have lacked action, it was very absorbing to watch.

Eiko Ishioka’s advertisements caught the eye of eccentric Swedish singer Björk, whose musical imagery at the beginning of her career was directly influenced by Ishioka’s work. As fate would have it, Eiko Ishioka and Björk ended up working together on the singer’s 2002 video, Cocoon. Among all the eccentricities of that video, the most remarkable ones were definitely the swirling red threads emerging from the singer’s nipples.

After revolutionizing the Japanese advertisement industry in the 60s and 70s with alternative female beauty standards (primarily from India and Morocco), Eiko Ishioka moved to the United States of America in the 1980s. Eiko Ishioka had not only designed her advertisement campaigns, she had also designed the costumes worn by the actors and models in her ads. Those costumes caught the eye of the film industry as well. Eiko Ishioka was hired as the production designer for Paul Schrader’s 1985 movie, Mishima: A Life in Four Chapters. Eiko Ishioka’s artistic contributions for the movie helped her earn an award at the revered Cannes festival as well.

Eiko Ishioka also worked on Broadway and received two Tony Awards nominations for her work as set and costume designer for 1988’s M Butterfly. Her moment of glory in the field of movies came when legendary filmmaker Francis Ford Coppola approached her to design the costumes for his 1992 movie Bram Stoker’s Dracula. Coppola was impressed by her work in the designing of the Japanese posters for his movie Apocalypse Now. She was the only person Coppola considered for the job in his “opera with sex and violence where the costumes were gonna be the sets.”

How did Eiko Ishioka make the muscle armour from Dracula?

Since Dracula was a character that had been portrayed on the silver screen many times in the past, Eiko Ishioka was determined in her goal to give him a modern look. The first thing she changed was Dracula’s famous black cape which he used as a shield and a hiding tool. She gave Gary Oldman, who played Dracula in the movie, a crimson red robe that floated behind him as he walked within his castle.

She also equipped Dracula with a ‘muscle armour ‘ which resembled a man whose skin had been flayed and only the muscle tissues were visible. The red colour of both the costumes also signals towards the insatiable bloodlust of Dracula.

Eiko Ishioka used nature as her primary source of inspiration and usef organic elements in a lot of her other costumes for the movie as well.

After a long and illustrious career spanning several decades, fields and continents, Eiko Ishioka died of pancreatic cancer at the age of 73 on January 21st, 2012.  She married her partner Nicholas Soultanakis a few months before her death. To commemorate Eiko Ishioka’s 79th birth anniversary, Google released a doodle dedicated to her on July 12th, 2017.

What are the costumes in the Google Doodle for Eiko Ishioka?

This is what Google’s blog said in explanation of the doodle: “Earning her an Oscar, a Grammy, and two Tony nominations, Eiko Ishioka’s work had a way of taking center stage no matter the medium. From print ads and album covers to costumes for film, theater, and the Olympics, the iconic Japanese designer did it all during her decades-long career — often unlike anyone before.

Born and raised in Tokyo, Ishioka pursued a career in graphic design at a time when there were few women in the industry. Despite the challenges she faced, Ishioka pushed through boundaries both socially and artistically. Her early print ads evoked many of the same themes that would later define her costume design: bold, surreal, and consistently unexpected.

Showcasing some of Ishioka’s famous designs from Singh’s 2006 movie The Fall, today’s slideshow Doodle celebrates her revolutionary work on what would have been her 79th birthday.”

How to Limit What People can see on a Background Check?