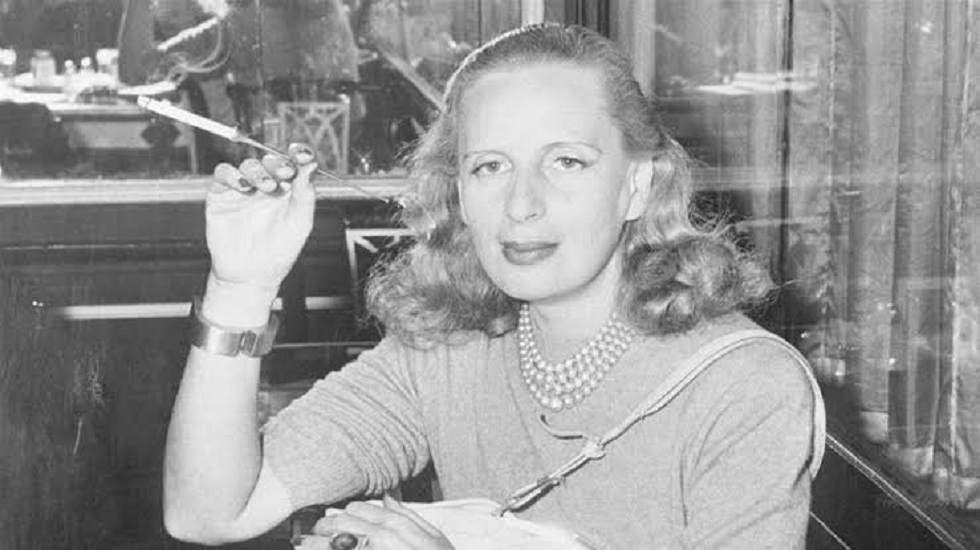 Who is Tamara de Lempicka?

Tamara de Lempicka, who was born Tamaria Rozalia Gurwik-Gorska, was a highly influential artist and painter out of Poland. Even though she was a Polish person by birth, Tamara de Lempicka spent the majority of her career working in the United States of America and France. Tamara de Lempicka was highly renowned for her stunning and polished portraits of wealthy aristocrats in Art Deco style. Tamara de Lempicka’s wonderfully stylized nude paintings also helped her gain more fame as an artist who presented female sexuality in a stunning fashion.

Where was Tamara de Lempicka born?

Where did Tamara de Lempicka live?

Why is Tamara de Lempicka famous?

Tamara de Lempicka is one of the most prominent figureheads of the Art Deco movement. Her work is highly sought after in the art market and famous celebrities like Jack Nicholson, Barbara Streisand and Madonna are dedicated collectors of her art. Madonna has even used Tamara de Lempicka’s work for her music videos such as Vogue, Open Your Heart, Express Yourself and Drowned World/Substitute for Love.

When did Tamara de Lempicka die?

After spending an extensive amount of time in the United States of America, Tamara de Lempicka moved to Cuernavaca, Mexico in 1974. Soon after that, her daughter Kizette lost her husband to illness and moved to Mexico to take care of her mother. However, Tamara de Lempicka’s health started rapidly declining after that and she passed away in her sleep on March 18th, 1980, at the age of 80. Tamara de Lempicka was cremated and her ashes were scattered over the Popocateptl volcano, as per her wish.

On May 16th, 2018, Google commemorated the life and contributions of Tamara de Lempicka on the occasion of her 120th birth anniversary by releasing a Doodle. Here’s what the Google Doodle blog said:

“I live life in the margins of society, and the rules of normal society don’t apply to those who live on the fringe.”

Today’s Doodle celebrates Polish painter Tamara de Lempicka, who made a career out of subverting expectations and in doing so, developed her distinct style in the Art Deco era.

Born in Warsaw, Poland in 1898, Lempicka’s love for art started at an early age. As a young child, she spent a summer in Italy with her grandmother, who inspired her love for great Italian Renaissance painters. Upon her parents divorce, she was sent to live with her wealthy aunt in Russia. It was during this time that Lempicka was exposed to the lives of nobility as well as her future husband, Tadeusz Lempicki.

Shortly after their marriage, the Russian Revolution began and Lempicka, now a refugee, moved from St. Petersburg to Paris. It was there, at the height of post-cubism, where she began her formal artistic training under the influence of French painters Maurice Denis and André Lhote.

Internalizing her grandiose and decorative surroundings, Lempicka went on to produce exquisite tributes to the Roaring Twenties in her own unique way, utilizing a blend of late neoclassical and refined cubist styles in her art. Her affinity for the luxurious also led her to fixate on portraits of artists, stars, and aristocrats, which coupled with her considerable charm and exotic lifestyle, lit up the art world and social circles of the period.

“Few artists embodied the exuberant roaring twenties more than Polish artist Tamara de Lempicka. Her fast paced, opulent lifestyle manifests itself perfectly into the stylized Art-Deco subjects she celebrated in her paintings. I first encountered Lempicka’s work at her Royal Academy show in London, 2004. I was struck by the scale and skill of her paintings coupled with her life (as colorful as her work!). I chose to place a portrait of Lempicka in my design with accompanying motifs evocative of the roaring ’20s and ’30s. It’s no easy feat to recreate any artists work – but I hope to have done so here.”

Yasmine Sabri Gets In Trouble with the Internet