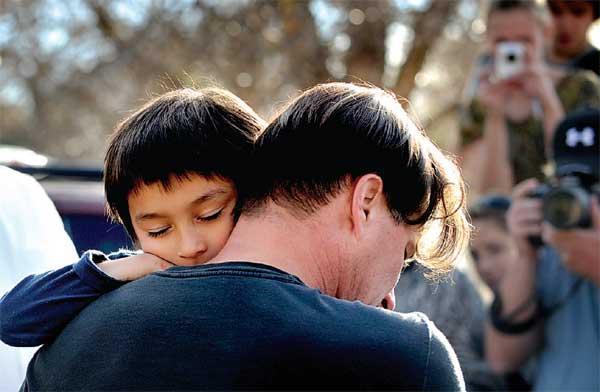 What is Balloon Boy Hoax ?

It was almost 10 years ago when the infamous ‘Balloon Boy’ was being blown across the skies of Colorado. All news channels, national and local had jumped on this story and were covering it non stop. If you were watching it in a bar on mute and couldn’t read what was being flashed on screen, you could’ve easily believed that the news was about a UFO sighting. A silvery disc shaped object, flying over Colorado. However, if you read the scrolls on the screen or heard what was coming out of the frantic newscasters’ mouth, you would’ve discovered that the silvery object on your screen wasn’t a UFO but a homemade balloon which had blown across Colorado after accidentally taking off from a house’s backyard in Fort Collins, Colorado. If that was all that was to it, you would’ve been right in just changing the channel watching something else. However, the startling aspect associated with that flying balloon was the fact that there apparently was a boy stuck inside the balloon. That was the beginning of the ‘Balloon Boy Hoax’, an incident which is a great indictment on the flaws of round-the-clock news coverage and the cheap thrills of reality television.

The silver balloon was blowing towards the Denver International Airport and the entire nation watched with bated breath, as the apparent fate of a six year old boy was in question. When the helium filled balloon finally touched down, responders feared the worst. Especially when the boy was nowhere to be seen, people wondered if he had fallen out of the balloon during its 60 miles flight.

The entire balloon boy hoax ruffled observers the wrong way. For its critics, it was a great indicator of the decline of societal values. The apparent parental negligence which led to the child being airborne and the relentless coverage by the news channels for TRP seemed crass and tasteless. All news channels stopped talking about national and international affairs, and focused their entire effort on covering the flying balloon.

The balloon boy’s name was Falcon Heene, son of Mayumi and Richard Heene. After getting married in 1997, the couple got its first taste of fame with an appearance on the reality series Wife Swap. Richard Heene, who got a slight taste of fame, wanted more for his family now and dreamt of a reality show which followed his family around. He also envisioned himself as a bit of an inventor and spent a lot of time working on his inventions. One of which was a Mylar balloon, which Heene described as a low-altitude commercial vehicle prototype later.

Bradford Heene, Richard and Mayumi’s other son said that his brother Falcon had climbed into this balloon before it took flight. Richard had scolded Falcon a  little earlier for playing dangerously close to the balloon. With both Falcon and the balloon gone, the Heene family feared the worst and informed the authorities. On her 911 phone call, mother Mayumi said “My other son said that Falcon was at the bottom of the flying saucer. I can’t find him anywhere.”

That’s how the Balloon Boy Hoax started. With every news camera fixated at the sky, and the National Guard following along with the U.S. Forest Service, the silver balloon reached an altitude of 7000 feet. At the Heene household, the Police conducted a thorough search three times over and concluded that Falcon Heene’s presence on the balloon was possible.

However, once the balloon deflated and landed near the Denver International Airport, the authorities didn’t find anyone in the balloon’s cabin. Meanwhile, a police officer decided to investigate an attic space at the Heene household. And he found Falcon hiding inside the attic. The happy and relieved police department initially reported that Falcon had accidentally untied the balloon and hid in the attic to escape his father’s wrath.

Larimer County sheriff, Jim Alderden spoke to the media and assured them that the Heenes hadn’t done anything fishy. According to him, they were genuinely concerned about Falcon while the balloon was in the air. Even after a perceived slip up from Falcon on a CNN interview, Alderden stuck to his guts. When asked if he ever heard the sound of his parents calling for him, Falcon said that he did he kept quiet for ‘the show’. The Heenes quickly tried to cover this up by saying that Falcon referred to the news cameras as ‘the show’. Alderden doubled down on his statement and said that no boy of such a young age can sit quietly in an attic for five hours when instructed. However, the CNN gaffe did convince him to sit down and speak with the Heenes again.

A week from that, words about the ‘Balloon Boy Hoax’ had started surfacing. Alderden held a press conference and informed everyone that the entire incident involving Falcon Heene and the silver balloon was nothing but a hoax created by Richard and Mayumi Heene. They were expected to be charged with three felonies including contributing to the delinquency of a minor.

Once the Balloon Boy Hoax was discovered, Mayumi and Richard Heene turned themselves in and pled guilty for their charges during the trial. They paid $36,016 in restitution and were sentenced to 20 and 90 day jail terms respectively. However, Richard Heene later claimed that he had only pled guilty because the authorities had threatened to deport Mayumi Heene.

In order to prevent the Heenes from encashing the Balloon Boy Hoax, the court also prevented the family from seeking any profit from the incident for four years. In 2010, the Heenes moved to Florida and the three sons formed a heavy metal band Heene Boyz which released the song “Balloon Boy No Hoax” in 2014.

The Heenes never managed to find the level of reality tv stardom that they had wanted afterall.

What Are the 4 Elements of Malpractice?