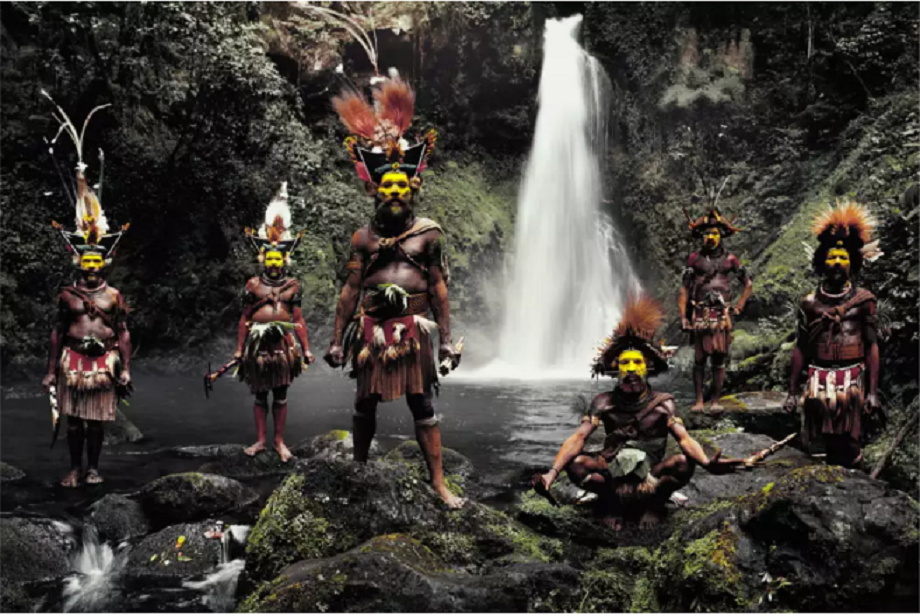 The recent death of an American missionary tourist John Chau, who allegedly entered in the islands of Sentinel have drawn the attention of entire world to an isolated island where few reclusive inhabitants’ dwells, securing themselves from outside people and living in their self-made world. Presently, the world has very few uncontacted and isolated groups who owe isolation from worldly affairs and North Sentinel island is one of them. The Sentinel islands is situated among 572 islands in the Bay of Bengal nearby Andaman and Nicobar Islands, in between Indonesia and Myanmar. These islands are formally a part of Indian states, but the Indian government have restricted entrance of outsiders to these islands including North Sentinel mainly to preserve the tribal culture dwelling in these islands.
Geographically, North Sentinel islands can be located amongst shallow reefs where one can reach only through ships, but this island do not have any natural ship harbour. This may be due to the reason the Indian government and also because of their fierce and defensive nature for protecting their home and privacy. In last 200 years, many people have tried contacting with Sentinelese tribes both intentionally and by mistake, but every contact ended badly from both the sides.

Who are Sentinelese and where did they come from?

Sentinelese are believed to be decedents of first human clads who emerged from African countries and have probably stayed in Andaman Islands for over 60,000 years. At present, no other tribe remains as isolated as these Sentinelese do and it is assumed that very few of them still lives as compared to the earlier days ranging between 50 to 400 individuals.
From the pictures taken and information gathered about Sentinelese village, we know that these people live in small huts that has slanted roofs that has been built facing one another. Even their lifestyle and living conditions are very similar to the other tribes living in Andaman Islands. They basically live on seafood, fruits and tubers that are grown by them on the island. They are also good hunters and carry bow and arrow along with knives and spears, unwelcoming every person who try to enter into their land.
All the weapons used by Sentinelese are tipped with iron. They weave mesh baskets which they use for their domestic purposes. According to salvage crews who boarded the island in mid-1990’s, the Sentinelese tribes made bonfires near the beach and sang their tribal song. But no outsiders are aware of their language and anthropologists generally have to point and refer names to the people they use for themselves. But, outside the world of Sentinel, no people know what they are named in Sentinelese language, what they think of outside world or whether they would ever wish to come out of their limited nutshell.

How do they react when they see visitors in the island?

Many attempts have been made by outsiders to visit the island and meet Sentinelese, but each attempt proved more dreadful than the previous ones. From reactions and defensive attempts made by these tribes shows that they feel threatened of outside world and do not want invaders to invade into their personal life which they have chosen i.e. to remain isolated and hidden from the world. In 1958, Britishers tried and established one penal colony nearby Andaman Islands beside Port Blair to make contact with Sentinelese tribes. Britishers would kidnap one of the tribe’s people, showered him with gifts while holding him back for few days and then returned him back to his people. However, Sentinelese tribes showed no positive sign instead became more fearful and hidden.
In the year 1880, an armed force that was led by 20 years aged British Colonial administrator, Maurice Vidal Portman landed on the islands of North Sentinel and it is believed that this man was the first person to land on Sentinelese islands other than the Sentinelese tribes. Since the Sentinelese keeps hiding from the outsider’s, the armed forces have to wait for many days till they could make contact with the tribe. One day, accidently, the group of armies stumbled across several small children and elderly couple whom the army men brought back to Port Blair with them. Soon the elderly man and the women became sick due to the exposure to western diseases like small pox and measles. Since they had no resistance to such diseases, they died after few days. Portman then returned children back with many gifts for the tribe. As soon as they left the children on the island, they fled away and never returned back.
After India got independence, the Indian authorities tried making peaceful attempts again to contact Sentinelese people under anthropological research. In 1970, a small group of visitors to the island returned back after they were attacked with bows and arrows. In 1974, a documentary film making team visited the island who were too welcomed fiercely and the director of the film himself was shot with an arrow 8-foot-long in his thighs. In late 1980’s, an anthropologist named T.N Pandit directed a brief visit to the island and he with his colleagues left few gifts for the tribes like coconut, aluminium, knives, candy, mirror, beaded necklace and rubber balls.

How did some unusual visit to the island ended?

There were many intentional and unintentional contacts made with these tribes. One such took place in 1981 when a Hong Kong freight navigator sailed around Bay of Bengal towards submerged coral reefs. The ship was named Primrose that got struck for which the crew had to stay in the water for many days. They saw a group of natives marching towards them, all armed with bow, arrows and spears. The captain had to make an emergency alert call via radio and hence they were rescued through airlift by helicopters.
During the times when tsunami hit the coast of Andamans in 2006, it killed more than 225,000 people in all the adjoining countries. Through satellite imaging, it was found that Sentinelese had sensed the tsunami before handed and went to the higher grounds before it even struck the island. In fact, when the Indian navy tried to provide people of Sentinel islands with food packets and other rescue materials, they came out of their places and warned helicopters not to invade there by showing bows and arrows. This was a clear sign that they do not want any help from outside people and want to be left alone.
2006 seemed last encounter with Sentinelese when the archers of the island killed two fishermen who encountered the island illegally. The tribesman attacked the fisherman with hail of arrows and later their dead bodies were retrieved by helicopters.

Are they afraid of the outside world or its just they are protecting themselves from prying eyes?

According to the history and information collected about Sentinelese tribes, it is not very surprising that they killed a missionary boy mercilessly as they must have taken him as a trespasser who wanted to step into their lands and invade into their private life. They chased every person who tried to confront them to remain isolated. And from the history, it can be seen that by the passing of time, they have started acting more brutally. Earlier they used to chase people out but when the people did not stop entering, they started killing them and gradually buried whatever was left behind.
The latest incident of John Chou’s murder has made the entire nation filled with fury where some of them agrees that the Sentinelese people must be left alone, if they desire so. With satellites and google locaters, we can easily look into every hook and corner of the world. But, once you try to look at Sentinel island, all you can see is dense jungle where Primrose ship is stuck amidst coral reefs and a line of beach surrounded by Indian ocean waters. Even, the Sentinelese tribes cannot be located from the space which shows their level of hiding from the prying eyes of outside world out of their fear or desire for being isolated.