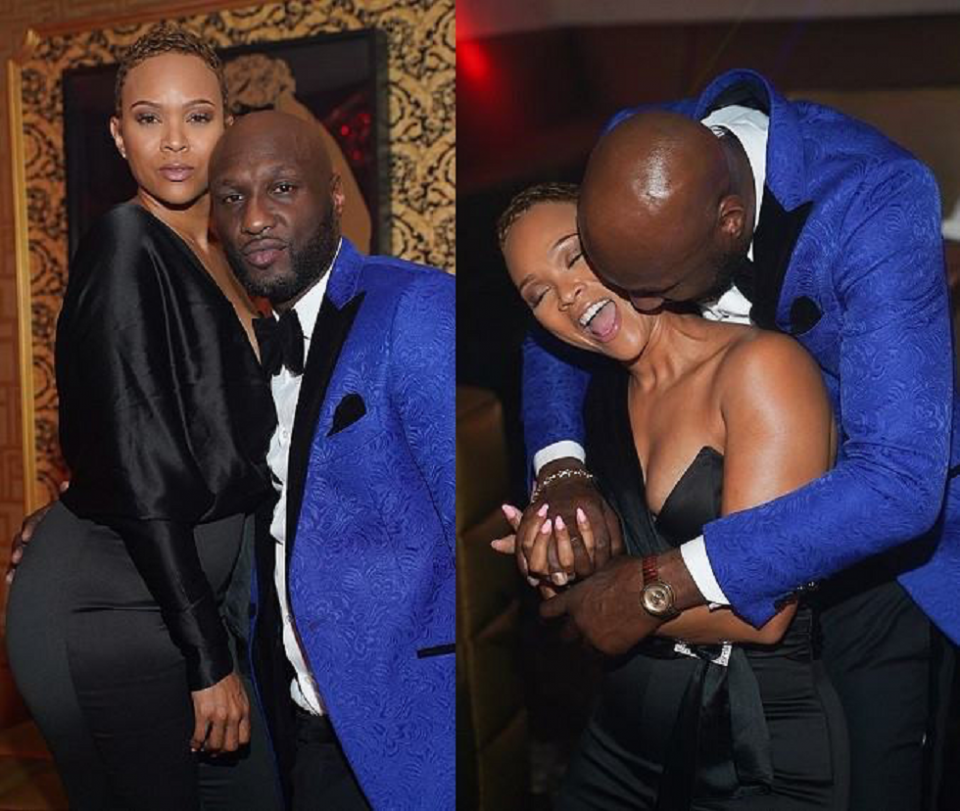 The former NBA player Lamar Odom and Sabrina Parr, a health and life coach, went official with their relationship back in August by posting to IG. Odom and Parr have been together (publicly) for just a short amount of time, but it looks like the couple are up to a lot! Lamar is famously on board with many things, as we all remember he married Khloe Kardashian after just a month of dating and now he’s getting ready to start going in front of the camera with his new bride, but who is she? Let’s find out more about this couple:

What’s Happened Since Sabrina Parr and Lamar Odom Got Engaged?

Lamar Odom showed the world his love for his fiancée Sabrina Parr, and is taking a more traditional approach to their journey to the altar by abstaining from sex during their engagement. Parr also shared the sentiment with Hollywood Life that it was the former NBA baller’s idea, stemming from a suggestion made by his pastor/counselor.

Seeing as her betrothed is “new in being saved,” Sabrina Parr was willing to follow his lead because she “didn’t want him to develop opinions based on what I am doing or am not doing.”

“I allowed him to make a decision. But I said, ‘Whatever decision you make, let me know.’ And he really made the decision to not have sex with me until we get married, which is kind of why he wants to rush the marriage,” she explained. “But I’m just in no rush. So, he’s doing very well with it, surprisingly. I just really thought this would be a struggle for him, just because he’s never had to abstain from sex before. I don’t think he’s ever considered it.”

Odom’s respect for how his future wife carries herself was also a factor in his decision.

“One thing he told me was, the way I respect myself and the standards that I have, they’re very intriguing to him,” she said. “So, it makes him want to honor me in that way. So, so far so good. Since we’ve been engaged, since before we’ve gotten engaged we have been holding on strong, and the object is to do other things in place of sex. And what he’s seeing is without having sex, it improves our intimacy. We experience real intimacy when we’re not having sex.”

Lamar Odom got the imprint of Sabrina Parr’s lips tattooed on his neck:

The former LA Laker officially shared his love mark on Instagram. The tattoo is not just the image of the lips, but the words ‘Baby Doll,’ his nickname for Sabrina, was also inked just below the red lips.

‘I wear my wedding ring on my neck!! Sorry if it offends anybody. Why? Tell me? #mybabydoll #wifey #whenyouknowshetheone #lamarandsabrina #happywifehappylife,’ he captioned the photos.

When he referred to the tattoo as his ‘wedding ring,’ he was giving signs of his imminent engagement with the fitness trainer.

Sabrina Parr shocked her fans with her previous record:

Sabrina Parr has had a very different life to the one she has right now, being the future wife of Lamar Odom. Parr was arrested in 2015, and was found guilty of two counts of felonious assault, a second-degree felony and one count of domestic violence. She was sentenced to six months in jail and three years probation, but was released early. Now, she looks back on that time as a transition point.

But a lot of people don’t know that she was also fired:

Before she chose the path of health and wellness, Sabrina was actually working in the sports field like Lamar. Unfortunately, Parr was fired from her gig as a radio personality on ESPN’s 850 WKNR out of Cleveland, because she stated Cleveland Browns rookie Jabrill Peppers wasn’t “going to make it because he’s on the Lean and the Molly.” There was no proof of this incident and Parr was let go and later apologized. The drug references have got us thinking if she’s drawn some parallel paths to Lamar’s previous drug habits.

Lamar Odom & Sabrina Parr are going to star on their own reality show:

Former NBA star Lamar Odom’s fall from grace has been well documented over the years, from his failed marriage to Khloe Kardashian to his nearly fatal drug overdose. Behind the scenes though, Odom’s recovery and his second chance at life has happened one mindful step at a time over the past three years with the help of Sabrina Parr.

The major turning point in Lamar’s life came when he met Sabrina, a health and life coach, who connected with Odom when he was at the lowest point in his life. As it turns out, Sabrina had herself just gone through a rocky situation with her child’s father, who served jail time for domestic abuse. Lamar and Sabrina quickly developed a bond, acting as each other’s source of strength throughout some of the most painful and difficult moments of their lives.

Now, the soon-to-be-married couple are giving fans a behind the scenes look at their life as part of a new reality show. The series will air exclusively on HNHH as part of our partnership with the For Us By Us Network.

Based on Lamar’s New York Times best-selling book “Darkness to Light” as well as a role on Dancing with The Stars, Sabrina and Lamar are now looking to share their personal journey as they begin to plan their life together as husband and wife. And isn’t reality TV just the way to show it!

Wendy Willaims dissed their new show after stating that ‘nobody cares’:

Wendy Williams is still delivering! A pandemic isn’t going to slow her down or Hollywood gossip as “Wendy @ Home” continues to be filmed. This is a shorter version of her talk show that she films inside her house.

When Lamar Odom recently announced that his new show with fiancée Sabrina Parr will premiere this spring on the For Us by Us streaming platform, Wendy said:

“All right, so, Lamar Odom and Sabrina Parr, they are documenting their relationship on FUBU..Now, I don’t know what that is.… And Lamar and Sabrina, nobody cares about y’all’s relationship. Sabrina is a life coach, but she’s got a whole bunch of arrest pictures at the police precinct”.

The incident referred to is the Instagram photo that Parr uploaded herself to address by saying that she was “in a very crazy marriage” but that she and her ex got “divorced and moved on.”

Odom and Parr have not publicly addressed Williams’ remarks. In her Instagram caption, Sabrina Parr said that the series would deliver the “truth” about their relationship:

“For everyone asking me ‘where’s @lamarodom,’ ‘are we still together,’ calling me names, making accusations about who I am and what I stand for… you will soon know the TRUTH!” she wrote. “The Lamar and Sabrina reality series will be out officially in a few weeks! Make sure you stay tuned for the release date! It will be all digital and you can watch from anywhere anytime! Exclusively on @forusbyusnetwork and @hotnewhiphop !!!! Go follow them NOW!!!”

Sabrina Parr is a mother of two:

The personal trainer has one son and one daughter from a previous relationship and she credits motherhood for giving her the motivation to go on the right path.

How to take care of your mental health during Covid-19

Symptoms of Stress That You Might Have Not Noticed Yet