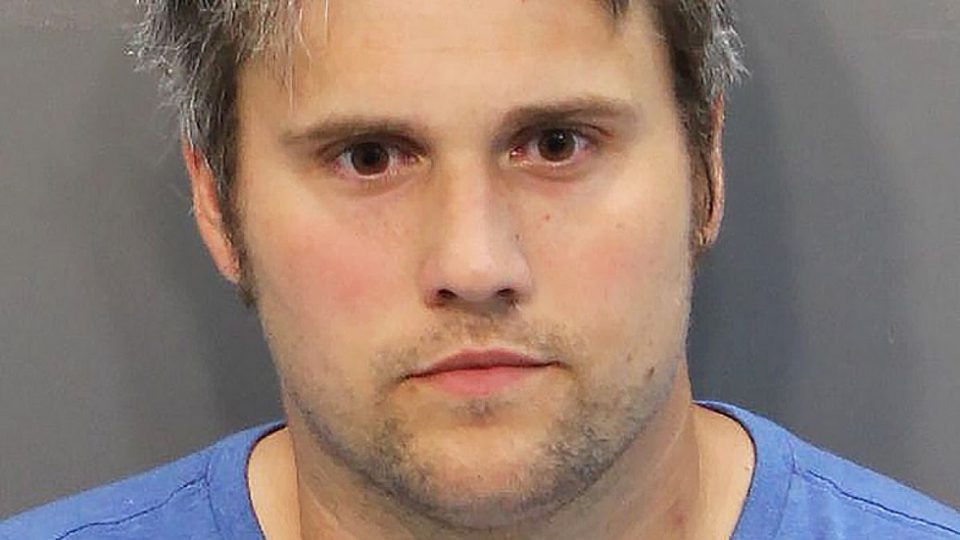 Ryan Edwards has been arrested thrice already in the past 18 months. His ex-wife Maci was at one point forced to file for an order of protection against Ryan after he threatened violence against her then husband. With the help of his current wife, Mackenzie Standifer, Ryan Edwards is reportedly sober, and insiders say he’s fully committed to staying that way.

How old is Ryan Edwards?

Why did Ryan Edwards go to jail?

Ryan has been arrested three times in the past 18 months.  Nine months before Stella Rhea Edwards was born on January 1st 2020, Ryan Edwards was released from a stint in prison following his arrest for theft and a previous heroin possession charge.

Backtracking to his past relationship with Teen Mom OG ex-fiancee Maci, his jail stint is not surprising at all. Maci often worried about their son being in Ryan’s care thanks to his substance abuse issues. At one point, TMZ claimed that at one point the star had a ‘$10k-a-week heroin addiction.’

During his current relationship, Ryan Edwards has struggled with addiction and drug dependency for years and was arrested for driving under the influence while on his way to his wedding to Mackenzie in May 2017. The two of them still proceeded with their wedding and then tied the knot a second time after he checked into rehab.

According to Radar Online, Ryan Edwards started to accuse Mackenzie Standifer of cheating on him while he was in jail since she appeared to change up her look. And it put a huge rift in their relationship. Not only that, but Edwards allegedly looked for women to go out with on Tinder while still with Standifer in the past. Not only are inside sources saying that Ryan was making unfounded accusations against Mackenzie, but others say that Mackenzie was much more at ease when Ryan wasn’t around. One source explained to Radar Online, “Mackenzie seemed more relaxed with Ryan gone and not so much on edge. She’s being more like her old self where she is more down to earth and not in defense mode all the time.”

“Mackenzie is not about to deal with being put down by him and his accusations when she’s done everything to try and be there for him,” an insider told the publication.

As for what Mackenzie was doing while Ryan was in jail, the insider said she was focusing on taking care of her two kids — one she had with Ryan and the other she had with her ex-husband — and she was also putting more time and effort into her work. Not only that, but it seems she took some time to mend her relationship with Maci, too. We remember when Maci and Mackenzie infamously took part in a war of words during a Teen Mom reunion special, but Maci posted a photo that shows her posing with Mackenzie and their kids while Ryan was in jail.

In 2020, Ryan’s out of jail and it seems Mackenzie’s peace may have been disturbed. A source from inside even claimed that Ryan has been requesting alone time away from his wife and family now that he’s home.

Radar Online stated that: “Ryan told Mackenzie, ‘The first thing I want to do is… I need a little time to be by myself.’ He’s had no private time at all.” As for what Ryan wants to do with his alone time, the source said he wants to “sit in the woods for a whole day and not have to listen to anyone talk.”

However, Mackenzie is also concerned about him needing space. A source claimed:

“She told him, ‘I’ve been taking care of these kids. You need to help me with the kids when you’re done!’ She’s been really good. She’s been very firm with Ryan,” the source allegedly added. As for if their marriage can last through this heavy tension, we’ll have to wait and see.

What was Ryan addicted to?

Ryan was addicted to Heroin.

Even though he is now sober with his new wife, he has admitted he can’t guarantee that he will remain this way for the rest of his life: “I would love to be, and I’m willing to do whatever it takes”

During Part 1 of the Teen Mom OG reunion, Ryan Edwards revealed that his sobriety is “good” following his recent prison stint. The host, Dr. Drew, spoke to Ryan as he opened up about his addiction like never before to “help other people understand the direction they need to go so this deadly condition doesn’t progress in other cases.”

Ryan began by saying that his struggle with opioids began with painkillers, with him believing he could “never get addicted to anything.”

But that lifestyle couldn’t continue when the soon-to-be father of three was on a trip to Atlanta and began to experience withdrawal symptoms. Usually, people say withdrawal feels so painful that you can’t think about anything except doing the drug to help your body from hurting.

“I remember the first time I felt uncomfortable, and I didn’t know what it was,” Ryan told the addiction specialist as well as co-host Nessa. “I thought I was just sick. And I came home and I was telling my buddy about it, and he was like ‘Here, do this.’ And instantly I felt better.” From there, he began to use “every day, all day.”

“I don’t really know what made me start using heroin. I can’t remember why I did it,” Ryan stated. “But I did, and once I did, I never went back to doing anything else.”

How old was Ryan when Bentley was born?

Ryan Edwards was only 20 years old when Bentley was born.

Before Ryan Edwards gained fame, he caught the attention of the media when he appeared on 16 and Pregnant in season 1, episode 1. He met the to-be ‘teen mom’ Maci Bookout when Maci was 15 years old, while he was 20 years old. In 2008, the now ex couple had a son named Bentley Cadence Edwards.

Does Ryan’s wife Mackenzie have a child?

Ryan and his current wife Mackenzie welcomed their second son Jagger in October 2018.

As of 2020, Ryan Edwards has 2 boys and a recently born baby girl too. Ryan Edwards and Mackenzie memorably revealed during the Teen Mom OG finale to his parents Jen and Larry that their clan would be getting bigger in the not-so-distant future. “Mack went to the doctor, and she’s pregnant,” Ryan told his folks. Jen had a priceless reaction to her grandchild-on-the-way, with a big “what?!”

Welcome to the world sweet Stella! Stella Rhea Edwards came on her own time and surprised us New Years Day! What a way to start our year! We are so in love with her already 🖤 📸: @christancgeorge

In January 2020, Mack captioned the heartwarming Instagram post saying: “Welcome to the world sweet Stella!”…”Stella Rhea Edwards came on her own time and surprised us New Year’s Day! What a way to start our year! We are so in love with her already.”

As Mackenzie who is 23 years old gave birth days before her due date, MTV missed out on filming at the hospital. The birth was extra special for Ryan who is 32 now and previously missed the October 2018 birth of their son Jagger because he was completing his third session in rehab for heroin abuse.

Ryan’s son Bentley (who is now 11 years old from a previous relationship with Maci Bookout from Teen Mom OG) and Mackenzie’s son Hudson from another marriage years ago, and the couple’s son Jagger, took family photos in Jan with their new sister.