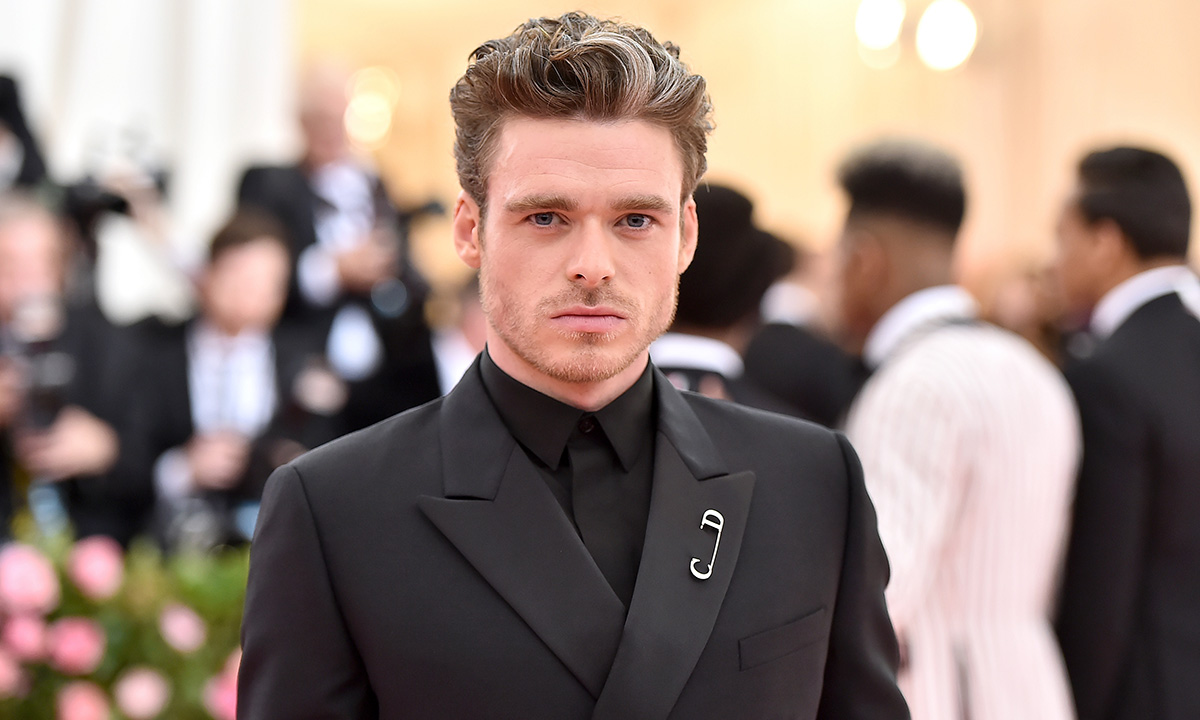 Who is Richard Madden?

Richard Madden was born in Elderslie, Renfrewshire of Glasgow to classroom assistant, Pat and a fire brigade officer. Richard Madden is best known for this role as Robb Stark on Game of Thrones. Richard Madden stepped in to the world of acting by joining the Paisley Arts Centre’s youth theatre program at the age of 11, initially to overcome his shyness. But then he ended up landing a role in Iain Banks’s Complicity as young Andy followed by a lead role in the television series Barmy Aunt Boomerang that aired from 1999 until 2000. At the Royal Scottish Academy of Music and Drama (RSAMD), Madden appeared in Franz Xaver Kroetz’s play Tom Fool at the Citizens’ Theatre that was so well accepted that it was played in London where he was discovered by a team from the Globe Theatre.

As of 2019, Madden resides in Los Angeles. Prior to this, he lived in London.

What age is Richard Madden?

Richard Madden was born on June 18th, 1986 in Elderslie, Renfrewshire in Scotland right outside the town of Paisley and the city of Glasgow. As of now in 2019, he is 33 years old.

What color is Richard Madden’s hair?

He is the TV hunk who set pulses racing all over the globe with his portrayal of troubled police officer David Budd in Bodyguard.

But Richard Madden is believed to have enlisted a bit of help in maintaining his debonair image, with the star thought to be dying his hair after reportedly telling pals he was worried about ‘premature greying’. Photos of the 32-year-old actor at various awards show him with a noticeable white streak in the front of his hair, but in TV roles such as his Golden Globe-winning turn in Bodyguard, the streak has vanished.

His natural hair colour is Brown.

How tall is Richard Madden?

What movies had Richard Madden been in?

Richard landed a recurring role as Dean McKenzie on the 2009 BBC series Hope Springs. Soon after, he bagged the role of Ripley in the 2010 movie Chatroom (a film about a group of teenagers who encourage each other’s bad behaviours after meeting online). In the same year, Richard played a singer in the punk band “Theatre of Hate” and as Kirk Brandon in Worried About the Boy (a TV film about the life of British singer-songwriter Boy George).

In 2011 Richard landed his breakthrough role as Robb Stark in the HBO fantasy-drama series Game of Thrones, written by American author George R. R. Martin. In 2011, he played a gay paramedic named Ashley Greenwick on the short-lived British comedy-drama Sirens. During hiatus from filming Game of Thrones in 2013, Richard was cast to star as Prince Charming in the 2015 Disney film Cinderella.

Madden won his first Screen Actors Guild award for the Discovery Channel mini-series, Klondike in 2014. He played Bill Haskell, one of two adventurers who travel to Yukon, Canada during the Klondike Gold Rush in the 1890s.

He starred as Cosimo on the 2016 Netflix series Medici and in 2018, starring as bodyguard David Budd on the Netflix mini-series Bodyguard.

Returning to the big screen in 2019, he has played the character of John Reid in the Elton John musical biopic, Rocketman (2019).

What is Richard Madden’s accent?

Scottish. The actor is from near Glasgow.

Funny Fact: Americans have been left confused by hit Brit thriller Bodyguard because they think Keeley Hawes’s character Julia Montague is a reminder of David Budd’s mum. Richard Madden’s accent had the American viewers confused as they believed the bodyguard Budd calls Home Secretary Montague “mom” instead of “ma’am”.

Who is Richard Madden married to?

Madden was dating Jenna Coleman and their relationship ended in 2015. He has also dated TV presenter Laura Whitmore and model Suki Waterhouse.

The actor was dating actress Ellie Bamber, between summer 2017 and December 2018.

The couples romance first came to light after they were seen together in summer, in Ibiza. The couple were seen leaving the Serpentine Gallery Summer Party holding hands. Ellie is known for her role in the movie Nocturnal Animals and as Cosette in the BBC’s adaptation of Les Miserables.

After an 18-month romance, the then 32-year-old was reportedly broken up in January 2019, by his Ellie Bamber. It was reported that the Les Miserable actress and the Bodyguard star grew apart as work commitments took them down different paths. Ellie’s absence was visible at the Golden Globes when Richard won the award for Best Actor and chose not to mention his girlfriend in his acceptance speech.

Who was Richard Madden in Game of Thrones?

Richard Madden bagged the role as Robb Stark in HBO’s Game of Thrones. He was announced for  the role of Robb Stark on 20 August 2009. During filming of the pilot he won the “Best-Dressed Man in Scotland 2009” Award, but was unable to attend the ceremony due to his workload. Madden was a part of the initial starring cast and even remained a member of the starring cast for the second and third seasons.

Madden intentionally only read the novels that corresponded to the current season, i.e. he only read the second novel after Season 1 ended, to prepare for Season 2. Madden was aware from the very beginning, however, that Robb Stark dies in the third novel, because other people spoiled it for him very early on.

Which school did Richard Madden go to?

The 32-year-old said growing up in Elderslie was difficult and his high school in Paisley was really rough because he had taken up acting, singing and dancing.

Bodyguard and Game of Thrones star Richard Madden says being picked on at school in Scotland “f****d” him up and it continues to trouble him today. The 32-year-old, who is tipped to be the next James Bond, said growing up in his hometown of Elderslie, Renfrewshire, was a “constant humiliation” and that his classmates in Paisley bullied him for being overweight.

In an interview with British GQ the former Castlehead High School pupil said he moved to a youth theatre to improve his confidence, but he was also bullied there as well.

Madden stated: “It was a difficult place to be. There’s not a huge industry in that town anymore. It was rough.”

“My high school was really rough. Growing up was just constant humiliation really. I went to youth theatre to try and get a bit more confidence in myself. In hindsight maybe not the best move to try and fit into a rough, very masculine school to say I sing and dance! Yeah, I got bullied’.” recalled Madden.

How much is Richard Madden worth?

The Scottish actor, Richard Madden has a net worth of $6 million dollars.

Seven Tips on How to Improve Your Credit Score Quickly