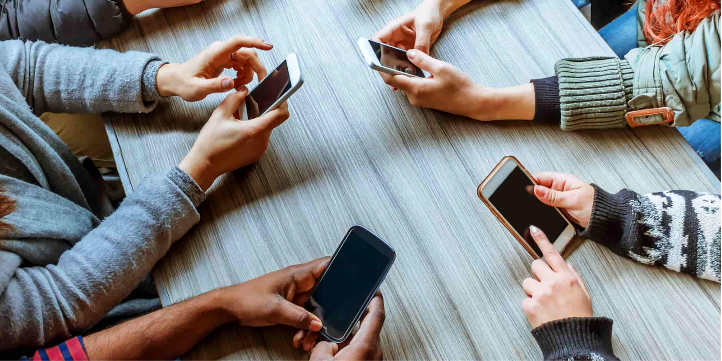 One unstoppable game released on December 2017 became more dangerous than drug addiction even before a year of its completion. Thanks to a student of Jammu and Kashmir who once again gathered attention of mass people to look into the matter seriously had asked Governor Satyapal Malick to ban this game completely and describing the game as “spoiler of futures”.
Addiction is not just about abuse or inherited behavioural changes that manifests according to strong association with any activity like intake of drugs, browsing internet or even games. Social media can once again be blamed for such addictions as many researchers have reported people getting stressed due to relevant status updates and videos where they eagerly wait for people response and their engagement.
Interment games like PUBG may reward you with some goodies for playing it more often due to which many people eventually start increasing their play time, skipping their other necessary activities also. Moreover, more netizens are sticking to online gaming world for attaining sexual gratification rather than getting involved in physical intimacy!

Coming back to the recent news we received from the media, the chairman of JKSA, Abrar Ahmad Bhat told that, “The game should have been banned immediately after the poor performance of students in 10th and 12th class Board examination but still we have not seen any action. This is a cause of concern as the game is spoiling future of scores of children in Jammu and Kashmir,”. Indeed, and why only J&K, this game does spoil the future of entire nation people especially youngsters and children who have naively fallen into the traps of some foreign software developers, Tencent Holdings Limited.
The “additive properties” present in the game is not only ruining youth’s future, but also affecting mental stability due to unlimited time spent on this game. The incident recorded by local authorities of Jammu in which one of the fitness trainers was taken to hospital due to PUBG game is one fine example to show the world how badly the game has worsened the life of healthy people. After playing the game for 10 days, the trainer became violent and started hitting himself brutally. While he remained admitted in hospital, the trainer started hallucinating and constantly injured himself for not being allowed to play the game. The hospital administration said that he had lost his mental balance and may take longer time period to get recovered.
Another case was reported last year in when a 15-year-old boy had to go through medical treatments just because of PUBG addiction. The boy used to play the game till midnight and during daytime, skipping his school and other curricular activities. Surprisingly, this year boy had more than 10,000 friends online among which only handful of them were the ones whom he knew in real world. The issue became more worsened when the boy refused to take his mental illness seriously.

A fake news was rotated all over the social media that the government is banning PUBG games in India through circulating a legal notice that stated LEGAL ACTION. The notice itself had so many typo errors that confirmed it being fake. Moreover, when searched online, we found the game being still available for getting downloaded on mobile phones. Therefore, the story concluded being hoax and the ‘Government notice’ for PUBG mobile game ban proved to be fake.
The World Health Organisation considered online games like PUBG as mental disorder and called them as one of the International Classification of Diseases. Increased priority given to online gaming over other physical activities have resulted in growing of negative symptoms among players. Despite seeing so many negative consequences, this game has been downloaded by more than 50 million users all over the world which is still increasing at an alarming rate!

Experience shared by a solo traveller taught me 8 lessons

The 1900s Life of Mickey Cohen From The Mafia