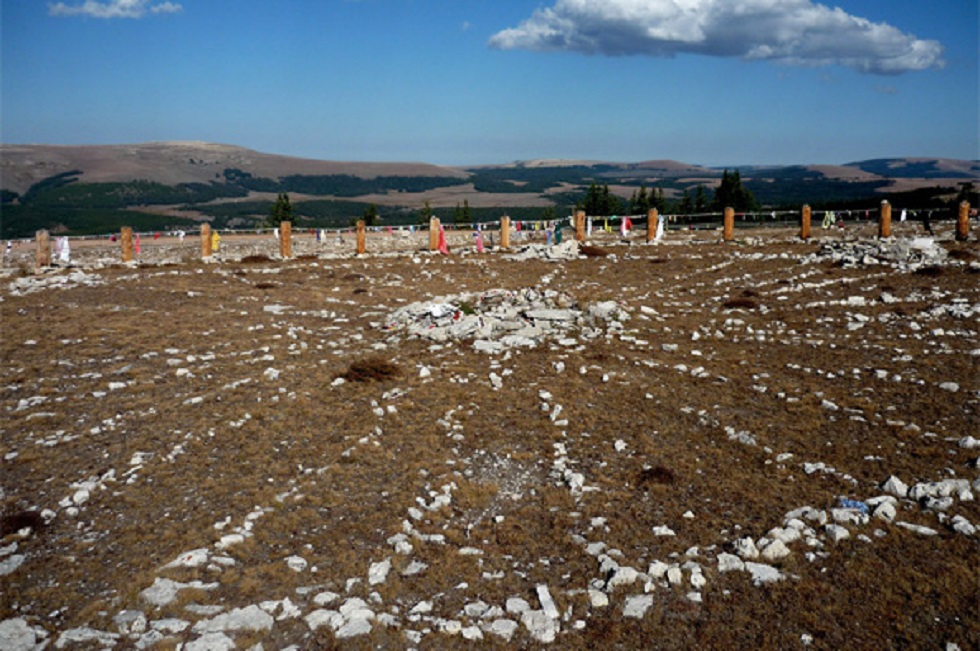 The Native American Medicine Wheel, also known as the Sacred Hoop is been used by Native America people for ages. It helps them in healing and well being. The wheel embodies the Four sacred directions along with father sky, spirit tree and mother earth. Together they symbolize different dimensions of health and the human birth cycle. The Medicine Wheel can be of several forms such as an artifact or like a painting. It can be a physical construction made on land. Thousands of medicine Wheel had been made in the past centuries by Native Americans which looks like a typical clock or sun-wise direction. This allows people to align several forces of nature like rising and setting of sun and gravity.

What do the four directions mean?

East represents the ending, beginning and rebirth. It is associated with the enlightenment or the upper world light and our returning to the origins.

West pinpoints the places of shadow, transitions within us which require to be introspected.

North is one place which requires giving back or sharing the wisdom with others. This is the actual place of healing.

South, on the other hand, is responsible for the development and flowering of every living being on earth. South is most commonly associated with the flow of emotions. It also symbolizes the child in us and rediscovers the wonder of being childlike.

The directions can also be interpreted in the following way:

Animals: wolf, eagle, buffalo and bear. Check this quiz to find our what’s your spirit animal

Where can we find ancient Medicine Wheel?

The Medicine wheel in the Bighorn at Sheridan, Wyoming

The term we use ‘Medicine Wheel‘ was originally not evolved by Native Americans rather the term was first used in the late 1800s by Americans who belonged to European Descent. They intended to refer to Bighorn Medicine Wheel located near Sheridan at Wyoming. Many monuments similar to it were discovered later and the term ‘Medicine Wheel’ came into existence gradually to describe them as well.

The Medicine Wheels can be found in southern parts of Canada along with the northern US. Among 46 known Medicine wheels that were built by Native Americans, around 66% is located in Alberta, Canada. Sources claim that not less than a hundred of such Medicine wheels exists. All of them is believed to have been made by ancient Plains Indians like Cree, Sioux, Comanche and Pawnee. These tribes were nomads who moved on for years because they used to follow herds of buffalo and deer.

The Medicine wheels were built at different point of time and at different places. Some of them have been made hundreds of years ago whereas others can be more than thousands of years old. Bighorn Medicine Wheel is said to be 800 years old. However, some of the archaeologists believe that the wheel can be much older than 800 years even. Another Medicine wheel is situated in Saskatchewan called as Moose Mountain Wheel which is said to be 2000 years old. Since it is similar to that of the Bighorn Medicine Wheel, many people say that the former was built to model the older one. One of the oldest Medicine wheels is can be found in Canada’s Mojorville which is around 5000 years old.

Why were Medicine Wheels created?

The origins behind the Medicine wheel remains unclear in history. Various culture and tribes used medicine wheel by constructing structures like a circular form for fulfilling scared and magical purposes, organizing and passing the understanding, information and knowledge of co-existence.

The Majorville Medicine wheel, the Bighorn Medicine wheel and the Moose Mountain wheel has some signs which support astronomical alignment aspects. Some suggest that the medicine wheel was used in ritual ceremonies. However, some others say that the actual purpose behind Medicine wheel is unclear and it is certain that they fulfil many purposes, depending on the culture which built them. The purposes behind Medicine wheel probably kept changing with changes seen in people experiences throughout centuries.

Irrespective of its origin and history, Native American medicine wheel is recognised as a terrific tool which can be used for personal exploration, transformation and development along with processing a psycho-therapeutic treatment.

How can we use the medicine wheel?

To use the Medicine wheel, I would like to take help of human nature elements such as emotional, mental, spiritual and physical aspects. We would also like to use the directions mentioned in the wheel where the centre in our wheel will be our sense of soul.

The Human wheel created by us will have aspects consisting of the lighter side about who we are along with the shadow side. Every direction will provide an individual area which can be chosen to focus upon for soul-centric or ego-centric growth. The interpretation of the wheel is mentioned above in this blog.

If we consider every direction, they will provide a developmental map of ourselves. Starting in the east as a Spirit in a body, we will move through the Southeast towards the south to create our DNA, cultural socialization, ancestry, mental and emotional marks to create a personality. The belief which we are left with are thought over systems. The learning abilities are ones that comes from general unconsciousness and is the essence of the southwest that creates dream realities.

The West dream reality manifests the inner world related to work, family and friends. Throughout life, we show anxiousness until the dusk sets in after which we experience crises. The sun setting in the west is the spiritual awakening which provides us with various opportunities to relive our life and find out whether they are in alignment with our souls or not. It can be said that the process is more like self-awakening which is progressed by us while we move towards the northwest, facing karma and laws.

After completing the above process, we can move towards peace, creativity and fulfilment in life. We must observe the call of our soul from the west along with the lessons learnt from the north to make our journey back to the east. Then we will be more aligned with our higher selves, authenticity and true nature.

Are the four directions interconnected?

Yes! Every aspect of the Medicine wheel i.e. the four directions remains interconnected with each other. Together they represent ‘Wholeness’. It is like when we work for healing our wound in the south, we need to change some of our flawed beliefs of the north. Likewise, the Medicine wheel will show you the path to see how imbalanced you are and how it can be healed.

Another example that shows the directions are interconnected is when we are too serious or intellectual when we are too centred in the north.  If we are centred in the south, it means that we are irresponsible along with self-indulgent. When centred in the west or east, we likely deny the existence of negative or positive in us and the world around. We will, therefore, be more psychologically and emotionally imbalanced.

The wisdom of the Native American Medicine Wheel allows us to express our personality, social conditioning and characteristics. It helps us look into our limitations and guides us towards alternative routes for growth. The growth and development in wisdom come by moving around the wheel as well as constantly reassessing ourselves. It is like becoming aware of ourselves and the ephemeral nature of lifecycle. If we perceive life solely according to one of the four sacred directions, we will remain a partial person and never become whole in the true sense.