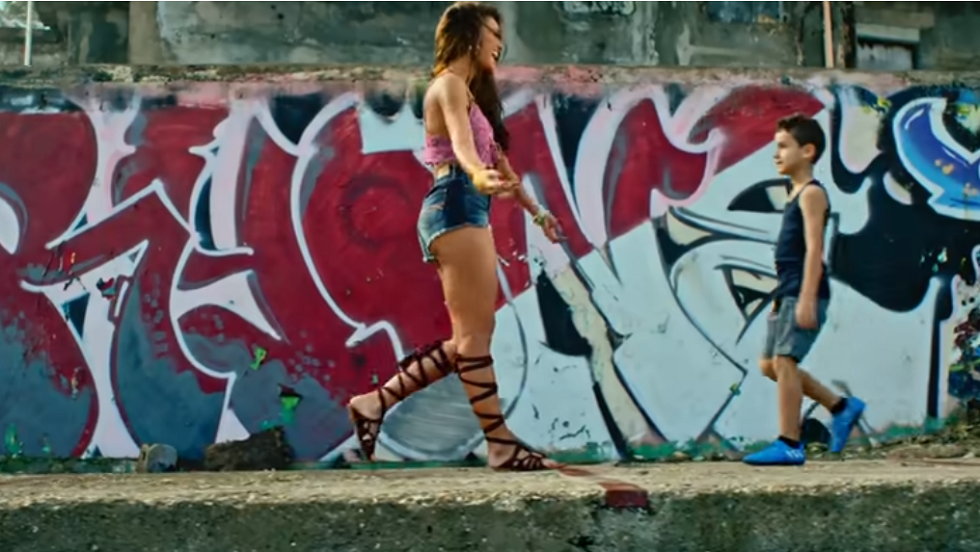 Are you an avid YouTube user? If so, then you are among billions of other users who are making good use of the platform to receive knowledge and to get entertained. Since the time of its inception, the video-sharing service has grown by leaps and bounds. It is flooded with billions of videos. While new videos appear on YouTube on a daily basis, a few among them become viral and receive innumerable views. Some videos have gained so much popularity that they have garnered billions of views. Are you curious to find information about most viewed YouTube Video? Then this post is for you. Here, you’ll find our well-curated list of top 19 most viewed YouTube videos. So hang on and read!

You must have heard this peppy number in parties and pubs. When you hear the name of this song, it probably reminds you of the best dance moves. But did you know it is the most-viewed YouTube video?

Despacito’s rise demonstrates two essential aspects of YouTube. It is a mark ever-increasing YouTube’s popularity. Furthermore, it demonstrates the global presence of YouTube. Despacito is a Spanish song where the word means “Slowly.” The song features singer Luis Fonsi and rapper Daddy Yankee. In the video, you can witness the spectacular performance of the artists in La Perla neighborhood and the local bar La Factoría. Initially, the song topped the charts of 47 countries and now it is ruling YouTube with over 6.6 billion views.

There are many more videos that are giving a tough fight to Despacito to seize the numero uno spot on our list. Here’s a look at other most viewed YouTube videos:

Composed by Taylor Swift, this music is one of the all-time favorites of Taylor’s fans. It belongs to Taylor’s fifth album, “1989”. Released in November 2014, it topped the US Billboard Hot 100 in just three weeks. This song made Taylor Swift the first woman in pop history to top the list.

Joseph Kahn directed this video. In the video, Taylor Swift portrays herself as a crazy villain. The song’s inspiration is drawn from “A Clockwork Orange.” Taylor highlights the constant gossip that goes on regarding her relationships in real life.

Who doesn’t love the classics from Alan Walker? Faded is another masterpiece from this mind-blowing producer and DJ. Recording artist Iselin Solheim has given the vocals. Released on December 3, 2015, this song peaked the list of famous pop songs. The song has topped lists of Norwegian, Finnish, and Swedish singles.

Its music video features Shahab Salehi as a protagonist. The plot of the video revolves around a young man in black block-styled with a mask; who roams with his backpack and a photograph. The most eye-catching part of the video is where he wanders through uninhabited town areas. The climax is remarkable, where he finally locates his ruined home. The video has over 2.6 billion views making it one of the most viewed YouTube Videos.

Let Her Go by Passenger

The English singer-songwriter Passenger released the music in July 2012. It belongs to his fourth album, “All the Little Lights.” Many countries recognized this song, and over one million digital copies of the song were sold in the UK. The music video, directed and produced by Dave Jensen and Tavic, shows the stage performance for a Passenger concert. It is a much-liked video for top pop music fans.

This song is a real mark of the melody in Adele’s voice. Adele released the song in October 2015, which proved to become a lead single from her album, “25”. Many countries recognized this song as a piece of popular music. It found much recognition in the UK and the USA. Adele and Tristan Wilds feature in this music video. The video created a new yardstick by reaching 1 billion views on YouTube in just 88 days.

This Katy Perry’s song was released in September 2013 and is a combination of the genres of hip-hop and trap. Dark Horse has successfully sold 13.2 million units proving it to be the second-best-selling song in 2014. The video portrays an Egyptian setting where “Katy Patra” essays the role of the Egyptian queen, Cleopatra. The music video presents some spectacular aspects making Dark Horse the first video to receive 1 billion views.

Lean On by Major Lazer and DJ Snake ft. MØ

Lean On by Major Lazer is a fantastic music video that bears a touch of Indian culture.  It hails from the third album of Major Lazer, “Peace is the Mission.” The song is a house ballad that became one of the most-streamed songs. Directed by Tim Erem, the song shows Indian culture and it stars Major Lazer, MØ, and DJ Snake.

This personal favorite of Enrique fans highlights international appeal. This music by Enrique Iglesias hails from the album “Sex and Love” (2014). It was released in several versions. The original Spanish version includes vocals by Cubans, Descemer Bueno, and Gente de Zona. Jamaican singer Sean Paul presents the Spanglish version. There are two versions in Portuguese. Shot in Santo Domingo, this Spanish version of the song is incredibly popular with 2.8 million views. Its Spanglish version has managed 250 million views.

Thinking Out Loud by Ed Sheeran

This enthralling music video from Ed Sheeran topped the list of most viewed videos in Australia, New Zealand, Denmark, Ireland, the Netherlands, Slovakia, and South Africa. The video is a reflection of Sheeran’s contemporary dance with Brittany Cherry.

The rhythmic song comes from the American rock band OneRepublic. It belongs to the album “Native” (2013). The song has gained recognition both in Canada and the UK.  The video shows the band’s performance on a dark ground floor surrounded by light bulbs. The video marks its end when a person from the service falls through the story. The footage is the first in the history of pop music to reach 1 billion views on YouTube.

Shake It Off by Taylor Swift

This song is another favorite of Taylor Swift fans. It is a lead single from the album, “1989”. Shake it Off is one of the most successful Billboard Hot 100 songs. It maintained its position for 50 consecutive weeks. The video features dance steps in the hip-hop, ballet, jazz, lyrical, and cheerleader styles. And, it even includes “twerking!”

This song is one of Katy Perry’s engaging works. Who doesn’t love to see this video with Katy in her jungle, surrounded by wild animals? It is a lead single from the album, “Prism.”  The song focuses on self-empowerment. It reflects a fictional story of a woman adapting to jungle life after surviving a plane crash. Roar reached 1 billion views in July 2015, making Katy Perry the first artist to have two music videos that exceeded this milestone.

Maroon 5 recorded this song for their album, “V.” It marked at Number 2 position on the US Billboard 100. The movie “Wedding Crashers” is the inspiration for this video.In the video, Maroon 5 can be seen crashing weddings across Los Angeles. The best part of this video song is that it is not at all staged and is a genuine mark of Maroon 5 crashing the weddings. The music video marked a shock to the brides when they find their dream man Adam Levine serenading at their weddings. To date, many people watch this video every day.

Justin Bieber has a cult following, especially among girls. He is even a YouTube star! This video, Sorry hails from his album, “Purpose.” Released in October 2015, this song peaked the charts soon after its release. 10 million copies of the song were sold in 2016. The song was previously prepared as a lyric video. But later when it came as a full-fledged video, it became the fifth video to cross 1 billion views.

This video is an unusual entry in the list as it is a children’s song. The song found its origination in campfire song or chant. There are different versions of this song including this video. In this video, you can see the dance of a Baby Shark, which fascinates most of the kids. Hence, the song has received 4.5 billion views and is among the most viewed YouTube videos.

No one will ever forget this mega-hit song! Gangnam Style is a viral video that ruled YouTube for many years until it was dethroned by See You Again in 2017. The video is a reflection of Psy poking fun with his amazing styles. The entire video song is a true mark of high expectations and a high-status lifestyle. Gangnam Style overtook the then-record of Justin Bieber. The song marked its position in the incredible 1,689 days.

Uptown Funk is a combined effort of Mark Ronson and Bruno Mars. The song was released on 10 November 2014. The song spent 14 whole weeks at Number 1 position on the US Billboard 100. In fact, it was the second best-selling single of 2015. The music video of the song features Bruno Mars and Mark Ronson who are enjoying with some. It is shown that they love to spend time walking around cities in brightly colored suits and marvelous chains. Filmed in numerous cities, the video is much popular. It is one of the most viewed YouTube video with 3.7 billion views.

Everyone loves this video song to date for the fact that it was commissioned for “Fast & Furious 7”. The video when released acquired “Gangnam Style’s” top rank on YouTube. The song is written as a tribute to the late Paul Walker. Wiz Khalifa and Charlie Puth marked their most successful track with this song that spent 12 weeks on the list of US Billboard 100. See You Again was even the best selling song of 2015.

Shape of You by Ed Sheeran

Ed Sheeran is one of the most popular pop stars, and you can find his songs playing in every other location. “Shape of You” is one of his most popular songs. It was released as a digital download on 6 January 2017. Later on, it became a part of his third album. The song topped the singles charts of a total of 44 countries. It also featured in Billboard Year-End Hot 100 Singles (2017). The song was even nominated in the category of Best Pop Solo Performance at the “60th Annual Grammy Awards”. Ed Sheeran created a lyric video for the song. This video is one of the few videos to receive 1 billion views on YouTube.

This was our list of the top 19 most viewed YouTube videos. Though the list involves videos that are most popular to date, it may change in the future.