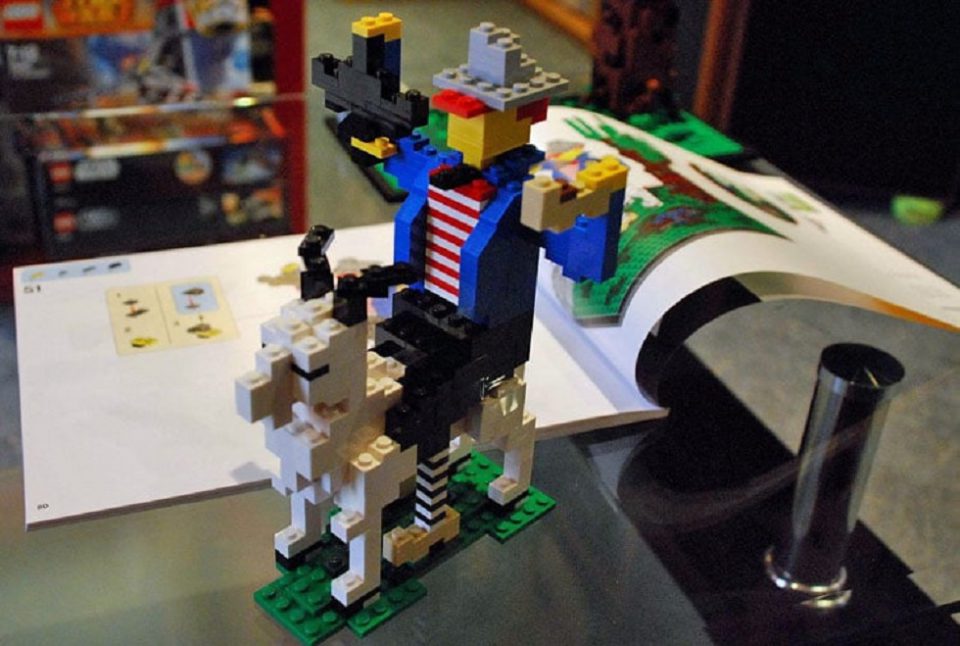 Are you looking forward to some of the most expensive Lego Sets in the world? If yes, then, of course, you won’t find them in any regular or even the finest toy stores. This is because the expensive lego sets are usually collector’s items and are pretty rare. There are several Lego enthusiasts as well as collectors around the globe who are willing to pay a good amount of money to have them. Now, let’s have a look at the top 15 most expensive Lego sets in the world.

The H.C. Andersen’s Clumsy Hans (2015 Edition) is the most expensive Lego set available in the world. It will cost you around $7,375, which is a whopping amount of money. These sets are given to around 80 lego ambassadors, and most of them decided to keep the sets. As a result, it wasn’t easy to get one. And now you understand where the price tag comes from. However, if you like to collect top-off things and you have $7,375 to spend on a Lego set, you can go check this out.

The Ultimate Collector’s Millennium Falcon is the biggest Star Wars Lego set available in the world. And it is the second-largest Lego set right after the Taj Mahal. This one is made up of around 5,174 pieces and is pretty huge. In the box, you will find some of the amazing Minifigures of Chewbacca, Luke Skywalker, Obi-Wan Kenobi, Han Solo, and Princess Leia.

Overall, we think it is a pretty nice deal if you like lego and you are a fan of Star Wars. You can have great fun having this lego set. It will cost you around $4,530.

Another expensive and popular Lego set in the world is none other than the Lego Harry Potter Hogwarts Castle 71043. This Lego set has around 6,000 pieces, which is pretty much good and costs around $399.99.

The most interesting factor of this set is that it doesn’t have those standard Minifigures like any other Lego set. This comes with 27 Micro figures. All of these are smaller than the usual Minifigures, which allows you to give your Hogwarts scale. So with this set, you get a huge castle, the elements in there are small with a cute little Whomping Willow and a baby dragon, and so on.

It is a great set to display in your home. But considering the size and the price it has, it won’t be likable to everyone. Fortunately, several other iconic sets are based on the Harry Potter films, which are smaller and will cost you less. So, if you are a Harry Potter lover, then you can look out for any Lego set options.

One of the most expensive Lego set we could list here is the Lego Technic Liebherr R 9800 Excavator 42100. This is pretty expensive, and it costs around $449.99. This specific model has around 4,108 pieces. It is exactly a few more than the Lamborghini, which makes it look huge. Moreover, this product comes with motorized functions that will let you control using an app.

Have you ever thought that you could build food using the Lego set? No right? Well! Now you can do that, and this product on the list proves the same. Yes! TMNT Antonio’s Pizza-Rama allows you to build one of the most expensive pizza slices in the world.

But, once you buy it, you will have all the satisfaction in knowing that you have the slice of pizza that is rarest to have and you are one of them. We can only imagine that this slice of pizza is outranking the Eiffel Tower, Yoda, and Darth Maul. This slice of pizza costs $4,276.

Han Solo On Tauntaun takes the 6th spot on our list of the most expensive lego set in the world. You may think that this lego set is just like the Star Destroyer or the Millennium Falcon. But, to your surprise, this lego set has a lot more to offer. It is small yet pretty much valuable and sorted as well.

This isn’t something eye-catching neither it looks super pretty, but numbers are numbers. And this is one of the most expensive Star Wars Lego sets available in the market presently. The price of this lego set is around $3,156.

Be ready to see the biggest lego set in the world and on the list. Yes! We are talking about the Taj Mahal Lego set, which is massive and a piece of real art once you build it up. It comes with around 5,900 individual pieces and will cost you around $2,865. This leaves you with a beautiful sight. So, if you have the money, time, as well as dedication to spend on a lego set, then this will be a great purchase for you.

You can check out the Piper Airplane LEGO Inside Tour Exclusive 2012 Edition, as it is pretty cool. It will cost you around $4,000. This is worth investing in your money. Apart from the airplane, you will have the airport and other Minifigures. All of these make the set looks wonderful.

Aren’t you feel trains look cool? Well! If you are obsessed with trains, then you can opt for the Legoland Train (LEGO Inside Tour 2014). However, it is one of the expensive Lego Sets that costs $2,750. Back in 2014, it was on sale, so if you got your hands on it then, you have done an amazing job.

Are you a fan of Batman? Do you find it cool to own a Batman Lego set? If yes, then you can check out the Limited Edition Batman Announcement Set. It is one of the coolest sets you will ever see. This will cost you around $1,720. Back in the year 2005, it was pretty easy for people to grab it. If you haven’t had this then, you need to pay the hefty amount still you may not find it.

The next lego set represents one of the most famous and iconic statues in the world. Yes! We are talking about the Statue of Liberty. This Lego set comes with 3,000 pieces and will cost you around $2,000. It is pretty expensive but will satisfy your eyes once you see the final outcome. In case you have to choose in between a brand new car or a cool Lego set, only then you can hold off buying this for a while.

The 12th product on the list is none other than the Grand Carousel Lego set. This one is pretty expensive and will cost you around $2,300, which is a lot of money. With this, you will receive around 3,000 pieces and remote control as well. This one is fully functional, and you can use it to play around. It is quite big, unlike the others mentioned. So, if you think you want to spend your time, money, and space on a Lego set, then you can definitely check this one.

One of the most expensive Lego set to look for is the LECA Automobile (LEGO Inside Tour Exclusive 2005 Edition. It is a little different to build but is one of the coolest or pretty looking Lego set available in the market. But it is different and rare. It will cost you around $2,350. If you are into cars, then you can probably check this one out.

The Cafe Corner is yet another expensive Lego set available in the market. It comes with around 2,056 pieces and features three different kinds of stories, a mosaic, and a bicycle. This isn’t too interesting, yet it can be a pretty cool Lego set to look at and would be a cool collection. It costs around $1,714, which makes it expensive. And if you feel about spending that much amount on a Lego set, you can definitely go for this set.

The last product on the list is none other than the Death Star II. There no surprise why it is one of the expensive lego sets- the awesome name and the iconic structure. This set comes along with around 3,000 pieces, which is pretty much, and you need time to build it up. But, it is worth all the effort as well as money once you finish the work. It will cost you around $1,972.

We really hope you have enjoyed looking at and reading the list of the top 15 most expensive Lego sets available in the market. Aren’t they pretty cool and amazing? All of them are rarest and collector’s pieces. They could be a great set for your collection. So, if you are willing to pay the hefty amount on an exclusive Lego set, then this list is something that you must check out before you go and buy one.

Insurance Education: How Much Sum Insured Should You Choose?