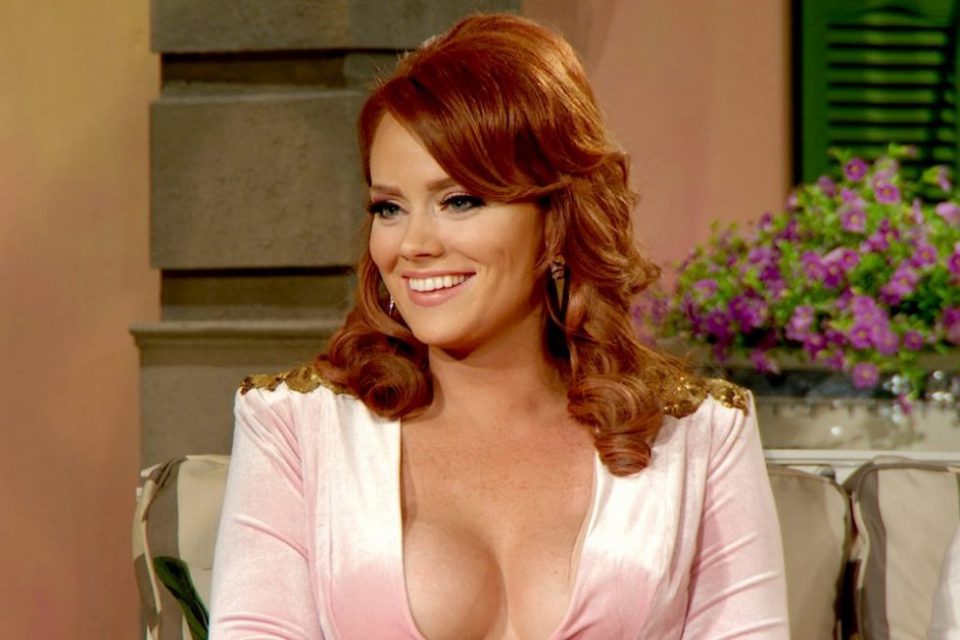 Kathryn Calhoun Dennis is one of the influential women and a 27-year old mother who followed her dreams and fought for woman equality at every possible level. She was born in Charleston and raised by a well-known family that owned Lewisfield Plantation. Kathryn is the granddaughter of Senator Rembert Coney Dennis and is a direct descendant of John C. Calhoun, seventh Vice President of the U.S. At present she is pursuing many business ventures which are related to her childhood dreams i.e. home designing and fashion. She is also a brand ambassador for Charleston department store Gwynn’s. Along with it, she is starting a children’s furniture line named Kensie + Saint and revamping vintage items so that they can be created into a vintage aesthetics with a modern touch.

Kathryn Dennis seems to have her own style of political aspiration. This can be because of her family history in politics. She studied political science and women’s studies from the University of South California. She was very active in the university Republican teams and their Delta sorority. In the year 2010, Kathryn served as an intern for the office of South Carolina Lieutenant Governor and as a page to Senator John Land. But then, Kathryn has not been active politically recently which leaves us to wonder whether she will pick up the political mantle or chase her dreams in other fields?

Kathryn Dennis is a woman who is famous worldwide for her reality show, Southern Charm. She is a girl who grew up with a golden spoon in her mouth and therefore, her net worth as of March 2020 can be calculated around $1 million. Although being rich, she was raised as a responsible citizen and showed great respect towards the community besides preserving her family values and commitments. Her family believes in traditions and aesthetics and stands among royal families in South California. The beauty and charm in Kathryn Dennis have made her act as a debutant in The Southern Charm that gained her extreme popularity and fan following.

Kathryn Dennis had broken up with her boyfriend Hunter Price last year. Though the news about their engagement came speculatively by her fans after seeing a diamond ring in her finger. However, a source from a popular magazine said that “Kathryn is not engaged to anyone but herself,”. After going through lots of struggle, she is doing well and is more focussed on her kids.

Recently, Kathryn Dennis ex-boyfriend, Thomas Ravenel was congratulated by Ashley Jacobs for rekindling their relationship allegedly. His romance with his ex-partner i.e. Kathryn could be seen fairly in her latest Instagram pictures. Thomas and Kathryn Dennis share a physical and joint legal custody of their five years old daughter named Kensington Calhoun along with their four years old son, St. Julien Rembert. Thomas remains the primary custodian of the two. Both Kathryn and Thomas seemed to share a very comfortable positioned picture where the older spark of their relationship shone. They even spent a holiday together and attended a party that was based on 007 themes in Charleston.

It can be said that the relationship between Kathryn Dennis and her boyfriend Thomas is very unique and even if they had fought over their kid’s custody, they still seem to love each other a lot. According to the sources, they have a very magnetic relationship, “It’s like they’re drawn to each other. Whenever they’re in a room, the way they look at each other, they’ve always had this crazy love.”

Kathryn and Thomas battled in and out of the courtroom for several years to get the custody of their two children after getting separated in 2016. However, for the sake of their children, both of them kept all their differences aside and celebrated their holidays’ unitedly. In her Instagram videos, we can see that while playing with her kids, Kathryn always seemed smiling and joyous. In the above picture, you will see that Kathryn is celebrating the joyous occasion of Christmas. On 25th December, she snapped her little daughter Kensie’s pics along with his son Saint. Both the kids are unwrapping their presents and new toys. Kathryn is alose seen posting selfies with her kids while flaunting her Christmas Tree earrings.

Unfortunately, Kathryn lost the custody of her children in 2016 majorly due to her doping habits. She was sent to rehab after being tested positive for marijuana. After Thomas was arrested and charged for assault and battery in the year 2018, Kathryn sought after the custody of her children. Thomas pleaded guilty to third-degree assault and battery just after the former nanny of their children accused him of rape.

Thomas starred in the Bravo show in its first season that aired in the year 2014. He left at the end of the film. Kathryn joined the next season and focuses on the show until now. Regarding their children, both of them reveals that they love co-parenting their children and their relationship. Kathryn said that “We actually have a great co-parenting relationship. It’s good for him, it’s good for me,”. Additionally, she made a statement that they are planning to move forward and both of them feel great about it.

Why did Kathryn Dennis lose her children custody?

Kathryn was forced to enter a rehab in the year 2016 after she failed a drug test. She was accused of using opiates, marijuana and cocaine. Kathryn chooses a facility in California at that time. Thomas and his lawyer’s team made a five-step plan for Kathryn to regain custody of her children. The steps included completing rehab and thereafter subject to drug tests again. As per the agreement made, Kathryn completed all the tests and was thereafter granted custody in 2018 June. If she wants to regain her custody rights again, Kathryn might have to go after every stage once more.

After Kathryn Dennis shared two videos on Instagram while pushing a shopping cart, one of her friends asked, “Are you high?” Kathryn was passing by a home décor and books section that was recorded by one of her friends. Kathryn shared a screenshot of her interaction on her Instagram story denying being influenced by drugs. When questioned, Kathryn voiced her frustration about her being silly and misconstrued. She replied, “No. And that’s rude of. I haven’t been high in 4 years. Am I not allowed to have a sense of humour without you people thinking I’m high?!”

In the top of her snap, she wrote, “This has been one of my biggest peeves since Rehab. Feeling like I can’t be silly without people saying stuff like this,”. Her snap ended with a note, “let me liveeee.” Kathryn confirmed that she is not getting high anymore but have started drinking alcohol since last August. Kathryn Dennis said that she is not doing anything illegal or smoking weed. During the reunion ceremony of the Southern Charm, she admitted that “It’s not like I’m drinking, though, going out and partying by any means.”

Erin Moran From “Happy Days” Died Of Throat Cancer, So Can You