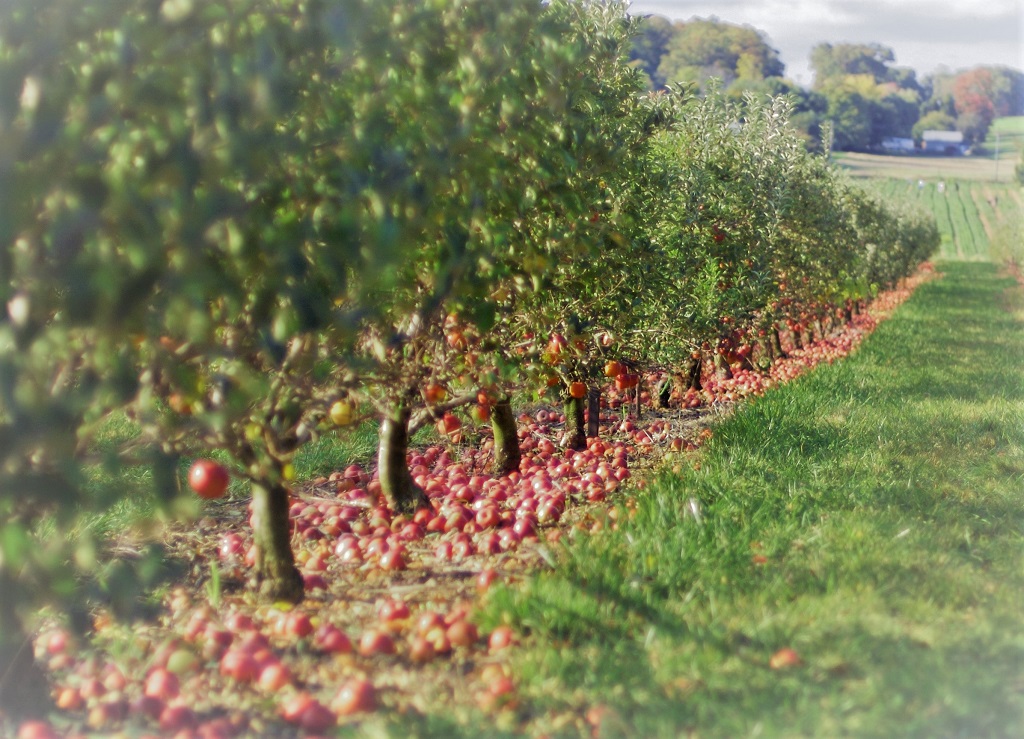 Kashmir is the home of delicious tasty fruit Apple in the world. Every year tonnes of apples are exported in the outside Mundis of the country from Kashmir. About 75% of apple production in India comes from Jammu and Kashmir. The production of apples and the cultivation area both had increased from last 15 to 16 years in the state.  Though the production has increased, the condition of farmers has not improved. The largest apple producing district in the Kashmir valley is Baramullah, lies about 76 km from Srinagar summer capital of Jammu And Kashmir State. There are different kinds of apples grown in the valley. Some of them are pure delicious, American, Maharaj,Kulu Dilicious, etc. Lal Ambri, Sunhari, Akbar, Firdous, Shireen, Shalimar Apple-1, Shalimar Apple-2 are the new varieties of Apples released by SKUAST-K. Apple is commercially the most important temperate fruit and is fourth among the most widely produced fruits in the world after banana, orange and grape. Although apple can be grown in all temperate regions including both the northern and the southern hemisphere it is not possible in the tropical climate of the south Asia. Hence apple is grown in the Kashmir valley because of the climatic conditions prevailed there. With Rs 9000 crore plus turnover, the apple cart is the main mover and shaker of Kashmir’s countryside economy.
Since the Kashmir culture is unique in world. The locals easily identify the fruits grown in the valley with their names. The apple in Kashmir is locally called ‘Chunt’.
Most of the delicious apple is found in northern parts the quality of delicious depends upon the weather conditions and also on the soil. The soil which is considered best for the production of apple trees is mountainous soil which the valley has as most of area of the valley is mountainous. Their also some lower areas in the valley which are not considered best for the production, such as soils Locally called demb is not considered fit for the production.


According to official data, the area under cultivation for apples in Jammu and Kashmir jumped from 141.7 hectares in 2011-12 to 157.28 hectares in 2012-13.But production has declined. One of the main reasons, the officials said, is that traditional fertile apple fields have given way to unplanned urbanization and conversion into residential areas. Overall, the national domestic production also declined to about 18.85 lakh tonnes in 2014-15 from about 25 lakh tonnes in the previous year. Dwindling supplies from the 2016-17 crop caused prices for the 2017-18 crop to start out strong, especially for varieties in high demand that experienced supply shortages. Fruit quality for the 2017-18 crops was reported better than last year. Similar to the 2016-17 crop, the 2017-18 crop was large. The industry is optimistic about fruit size and quality, which should improve marketability. Pricing will remain favorable for growers with modern varieties while those with dated or less desirable fruit may continue experiencing declining demand.
A research institute Sher-Kashmir-Institute-of Agriculture Science and Technology Kashmir (SKUAST-K) was established in the valley to help the farmers how to increase the production.The institute gives advice to farmers about the use of fertilizers, pesticides and diseases of the apple fruit, how to use fertilizers and pesticides in apple orchards.
Apple cultivation came to Kashmir in 1930. In the beginning, the total area covered under apple trees were 12000 hectares. But with the time it increased many folds. First the apple trees were grown in the spore town of the valley. Though the plantation first started from the northern part of valley. But it spread with the great speed in the other parts of valley. The southern parts of the Kashmir soon become prominent in the apple production. The southern districts of Kashmir Anantnag, Pulwama, Kulgam and Shopian are leading producers in the apple production today. The Shopian district which is mostly covered by apple trees and is known for its quality of apples in the country. In overall production Baramullah is the leading producer of apple in Kashmir and in Shopian comes in second place in production.
The main reasons behind the widespread plantation and cultivation of the apple were due to its high output. The production also increases far and wide in the valley. Since the climate in the valley is of temperate type it is best suitable for the apple production.
A major snowfall on fourth day of this November in Kashmir had destroyed the apple trees which had led to destruction of this industry. According to an estimate, apple industry suffered a loss of 5000 crore rupees. The snowfall which destroyed the trees and even the apples which where not been plucked at that time had destroyed the hope of apple growers. Soon after the snowfall large numbers of people were seeing crying loudly in their apple orchards.
“it is our property it our hope we can do nothing without this this is our property and we love it more than our children,” said Abdu Hamid Naik, an apple grower.
The apple orchard of Abdul hamid was almost completely destroyed with the destructive snow which fall in the starting of this month.
Despite this destruction the government is not paying too much attention to this industry. The unconditional snowfall left many questions in the minds of growers. What can we do now because an apple tree takes 10 to 15 years to give fruit? When this apple trees were broken into pieces what is left for us. They are seeing towards the government to get a relief for the destroyed apple trees.because according to horticulture survey about 60percent of trees was destroyed by snowfall.
Hope the Jammu and Kashmir government will take immediate steps to give some sort of relief to growers, so that the future hopes of kashmiri apple growers well not get destroyed.
previous post

Top 10 places in Dubai for a night out

Project Free TV in 2021: What are the Best Alternatives for This Streaming Site