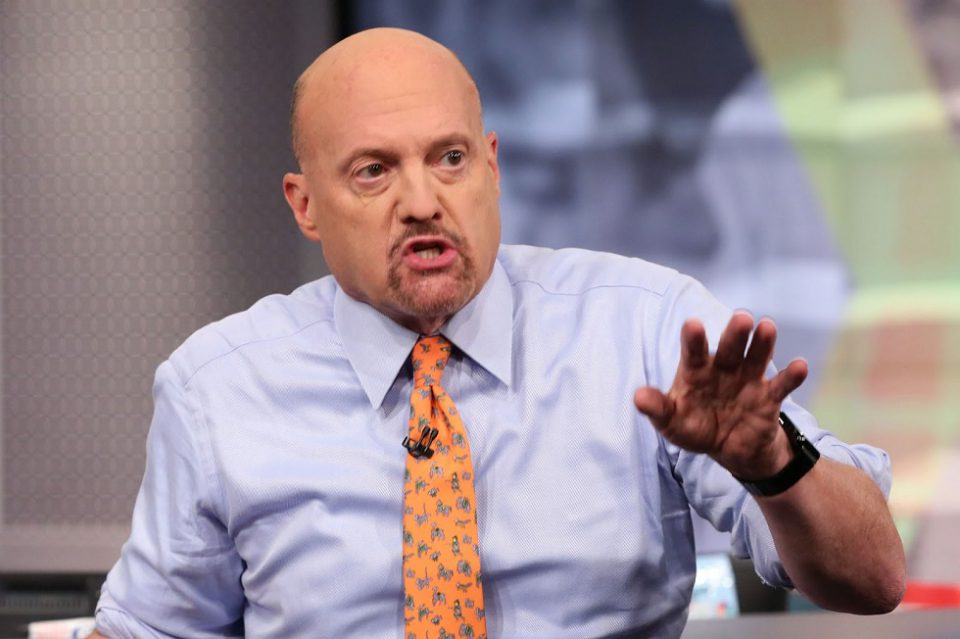 When was Jim Cramer born?

Where did Jim Cramer study?

Who is Jim Cramer married to?

Until he retired from his hedge fund in 2001, Jim Cramer claimed a “rate of return of 24% after all fees for 15 years”. He self-reported a 36% return in 2000, at the peak of the dot-com bubble. However, this performance has not been independently verified.

In January 2000, close to the peak of the dot-com bubble, Cramer recommended investing in technology stocks and suggested a repeat of the stock performance of 1999.

In February 2000, the year in which Cramer claimed to have produced a 36% return, Cramer claimed that there were only 10 stocks he wanted to own and he was buying them every day. The stocks that made up this list were: 724 Solutions, Ariba, Digital Island, Exodus Communications, InfoSpace, Inktomi, Mercury Interactive, Sonera, VeriSign, and Veritas Software. He also dismissed the investing strategy of Benjamin Graham and David Dodd and claimed that price–earnings ratios did not matter. All 10 of these stock picks fell in value significantly during 2000 as the dot-com bubble burst, making the 36% reported return during that year questionable.

On October 6, 2008, on Today, when the S&P 500 Index was valued at 1,056, Cramer suggested to investors, “Whatever money you need for the next five years, please take it out of the stock market.”

On the March 11, 2008, episode of Jim Cramer’s show Mad Money, a viewer named Peter submitted the question “Should I be worried about Bear Stearns in terms of liquidity and get my money out of there?” Cramer responded “No! No! No! Bear Stearns is not in trouble. If anything, they’re more likely to be taken over. Don’t move your money from Bear.” The stock went on to lose over half its value as a result of the news of a fed bailout on March 14th, 2008. The situation was exacerbated by the $2/share takeover by JPMorgan Chase. On March 17, 2008, Cramer claimed his statements were made in regards to the liquidity of accounts held at Bear Stearns as opposed to the stock. Cramer later wrote about the incident: “I did tell an emailer that his deposit in his account at Bear Stearns was safe, but through a clever sound bite, (Jon) Stewart, and subsequently (Frank) Rich—neither of whom have bothered to listen to the context of the pulled quote—pass off the notion of account safety as an out-and-out buy recommendation. The absurdity astounds me. If you called Mad Money and asked me about Citigroup, I would tell you that the common stock might be worthless, but I would never tell you to pull your money out of the bank because I was worried about its solvency. Your money is safe in Citi as I said it was in Bear. The fact that I was right rankles me even more.”

Michael Lewis, a journalist for the UK-based Evening Standard, wrote in an article that on March 11th, 2008, TheStreet.com listed Bear Stearns as a “Buy” at $62 per share, which was the same day as the caller’s question and a day before the collapse of Bear Stearns. During the Jon Stewart–Jim Cramer conflict, on The Daily Show on March 12, 2009, Cramer admitted he made mistakes on his Bear Stearns calls.

On March 2, 2009, Cramer said that President Barack Obama was responsible for “the greatest wealth destruction I have seen by a president”. An offended White House administration shot back, with Press Secretary Robert Gibbs stating, “If you turn on a certain program, it’s geared to a very small audience. I’m not entirely sure what he’s pointing to make some of the statements……You can go back and look at any number of statements he’s made in the past about the economy and wonder where some of the back-ups for those are, too.”

Jim Cramer responded to that White House statement by saying, “Backup? Look at the incredible decline in the stock market, in all indices, since the inauguration of the president, with the drop accelerating when the budget plan came to light because of the massive fear and indecision the document sowed: Raising taxes on the eve of what could be a second Great Depression, destroying the profits in healthcare companies, tinkering with the mortgage deduction at a time when U.S. house price depreciation is behind much of the world’s morass and certainly the devastation affecting our banks, and pushing an aggressive cap and trade program that could raise the price of energy for millions of people.”

According to John Cramer, his “Action Alerts PLUS” charitable trust outpaced the S&P 500 Index and the Russell 2000 Index between 2002 and 2009. The S&P 500 had a return of 18.75% and the Russell 2000 had a return of 22.51% while the Action Alerts PLUS charitable trust realized an incredible return of 31.75%. According to Paul Bolster, John Cramer was successful in beating the market because he took a lot of risks when it came to his picks  “If we adjust for his market risk, we come up with an excess return that is essentially zero”, Bolster said, adding that “zero”, in this case, means his returns are roughly in line with the risk he’s taking on. Another criticism of Actions Alerts Plus is that it does not compare itself to indexes that include dividend reinvestment (as the SEC requires for stock-oriented mutual funds). According to a Kiplinger’s article “One recent [Action Alerts PLUS] and included a chart, under the headline “Action Alert PLUS is CRUSHING the S&P 500,” showing that the picks returned about 39% from the portfolio’s inception through last March 31, compared with 15.5% for the S&P 500 over the same nine-year, three-month period. But the S&P figure did not include reinvested dividends. With them, the S&P 500 returned 38.3%.”

A study done by Wharton researchers Jonathan Hartley and Matthew Olson found that in the timeframe of August 2001 to March 2016, Cramer’s charitable trust underperformed the S&P 500 mainly because it was underexposed to the financial returns in the post 2008 recession years. As of March 31, 2016, Cramer’s trust since inception had a cumulative return of 64.5% where the S&P 500 less dividends returned 70% during the same time frame. Wharton finance professor Robert Stambaugh said he didn’t think the findings showed significant underperformance or outperformance when adjusting for a variety of factors, but did state “It’s a commendable attempt to dig more deeply into the style that underlies Cramer’s stock picks.”

I think that there are changes that have occurred in technology that make is that more people can have the same level of information that I have. My advantage is that I’m very good at interpreting the information

The way the credit cards were made in the ’80s to be a people’s form of capitalism and be able to make it so that you could get a loan that you would have been denied previously, now that’s the way stocks are.

When I come to work each day, whether as a commentator for TheStreet.com or a host of Mad Money With Jim Cramer, I have only one thought in mind: helping people with their money.