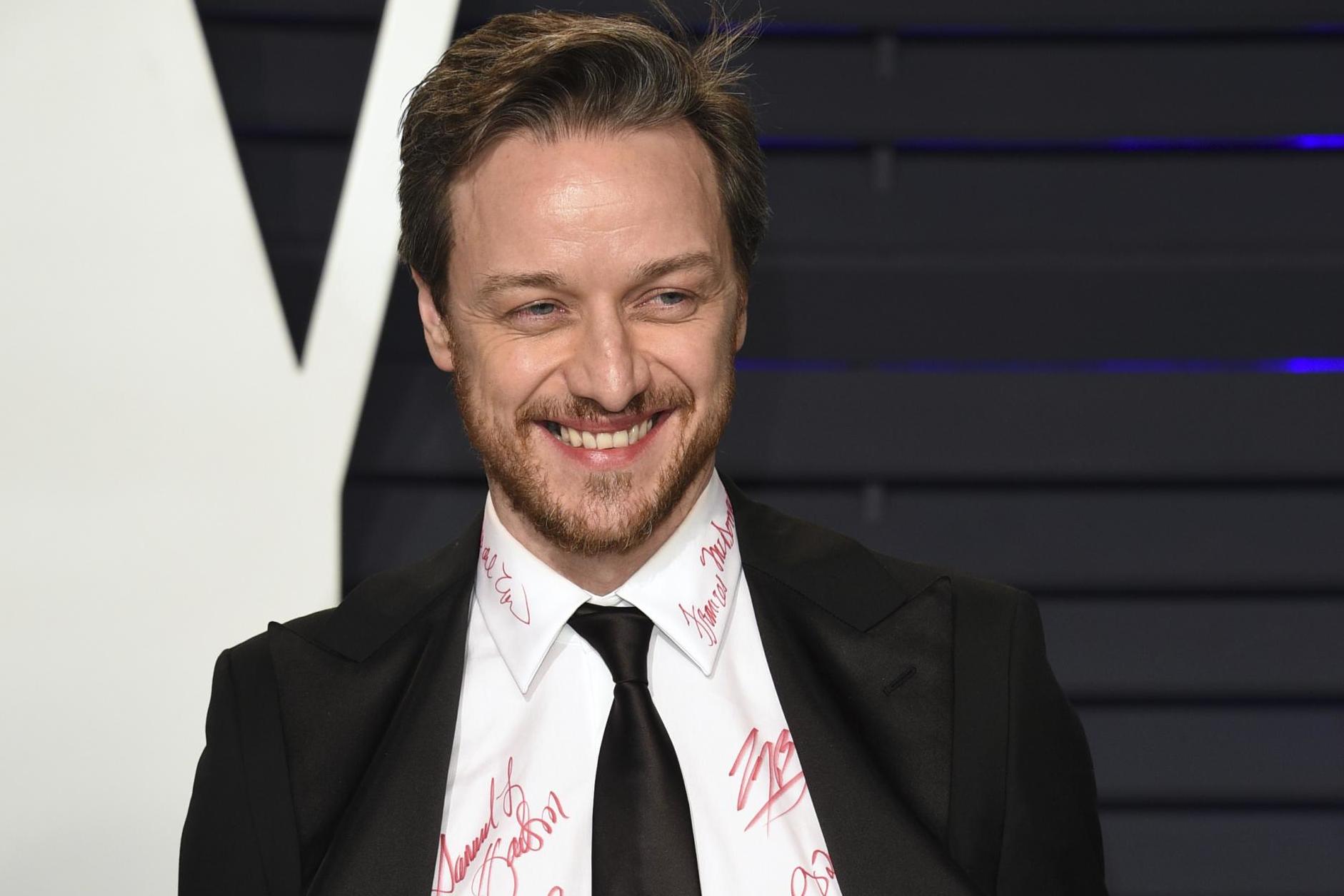 Who is James McAvoy?

James McAvoy is a Scottish actor who made his film debut at the age of 16, when he starred in ‘The Near Room’ at age 16. His career got a boost when he got an opportunity to work in the HBO mini-series, ‘Band of Brothers’ directed by Steven Spielberg.

James McAvoy’s first major breakthrough in the small screen came when he landed the lead role in the popular mini-series, ‘Children of Dune’ which served as a launching pad for his foray into the silver screen. Some of the prominent movies of his career are ‘Bright Young Things’, ‘Rory O’Shea was Here’, ‘Wimbledon’ ‘Bollywood Queen’ and ‘Inside I’m Dancing’. Portraying Robbie Turner in ‘Atonement’ proved to be the turning point in his career.

McAvoy was born in Glasgow on 21 April 1979, the son of psychiatric nurse Elizabeth (née Johnstone; died 2018) and builder James McAvoy, Sr.  He has not been in contact with his father since childhood. He attended the Catholic St Thomas Aquinas Secondary School in the Jordan hill area of Glasgow and briefly considered joining the priesthood. In an interview from 2006, McAvoy once said that he considered becoming a priest as a kid because it seemed to be a good way to explore the world through missionary work. During his school days, he worked at a local bakery.

James McAvoy won the “Rising Star” award from the BAFTAs. After hearing about this, his estranged father made a statement to the Sunday Mirror. He said that he would love to get in touch with his son, but did not know how to reach him. Though he did not actually read the piece, McAvoy heard about it and was unmoved.

McAvoy considers himself a spiritual person who is no longer a Catholic. Since the age of 11, he has enjoyed fantasy themes, which he said started with The Lord of the Rings. His other passion is football and is an avid fan of Celtic FC, stating that his dream acting role would be Celtic player Jimmy Johnstone.

According to Sky News in 2011, McAvoy stated that he believed that British filmmakers belittle and dumb down their productions to please and finely cater to American audiences: “It’s like we’re patronizing them and short changing ourselves.” He once called 3-D films a “waste of money”, calling out film studios for using the effect to get more money out of cinema audiences.

When was James McAvoy born?

James McAvoy was born in Glasgow on 21 April 1979 the son of psychiatric nurse Elizabeth (née Johnstone; died 2018) and builder James McAvoy, Sr. He was brought up as a Roman Catholic. His parents divorced when he was 11. Because his mother had suffered from poor health issues, he was sent him to live with his maternal grandparents, Mary and James Johnstone, in the nearby Drumchapel area of Glasgow.

Where is James McAvoy from?

James McAvoy was born in Glasgow, Scotland, to a psychiatric nurse and a builder. However, his parents split when he was seven, and because his mother was in poor health, McAvoy and his sister went to live with their maternal grandparents.

How old is James McAvoy?

How tall is James McAvoy?

Where does James McAvoy live?

He’s been living in London (UK) since 2000. This is where the Scottish actor James McAvoy has lived with his ex-wife and fellow actress Anne-Marie Duff. Prior to marrying Anne- Marie Duff, his co-star from Shameless, he purchased a second floor apartment in North London in 2006 for about 178,000 pounds.

When did James McAvoy leave shameless?

James McAvoy shot to fame in the Channel Four series Shameless. He began dating co-star Anne Marie Duff who he later married. Since leaving Shameless in 2005 McAvoy has been in a string of successful movies including Narnia: The Lion the Witch and the Wardrobe and Starter for Ten.

What movies has James McAvoy been in?

James McAvoy was a teen when he got his acting debut in The Near Room (1995) and made mostly television appearances until 2003, when his film career began. His notable TV work includes State of Play, a thriller and science fiction mini-series Frank Herbert’s Children of Dune.

McAvoy performed in several West End productions and received 3 nominations for the Laurence Olivier Award for Best Actor. He has also done some voice work for animated films like Gnomeo & Juliet, Sherlock Gnomes, and Arthur Christmas.

In 2005, McAvoy appeared in a supporting role as the faun Mr. Tumnus, in The Chronicles of Narnia: The Lion, the Witch and the Wardrobe (2005). He was in The Last King of Scotland (2006), a Kevin Macdonald drama which garnered him several award nominations like the BAFTA Award for Best Supporting Actor. In 2007, the movie Atonement earned him a Golden Globe Award nomination and his second BAFTA nomination. In 2008, He played a newly trained assassin in the action thriller Wanted.

Who is James McAvoy married to?

James McAvoy is an actor best known for his roles in Split, X-Men: Days of Future Past and many others. But what do we know about this relationship status? When was he married to Anne-Marie Duff? Who is his girlfriend Lisa Liberati?

The pair were love interests on the show itself and departed the series after they started a relationship off-camera. At the age of 27, he married Duff on October 18, 2006 in a quiet ceremony. When asked by Ryan Seacrest during his radio show, if he wished he had waited longer to get married so he could exploit his fame better, James replied that he had married the woman of his dreams. “The world seemed less scary…and I started to like myself a little bit more.”

The two married in a quiet ceremony in 2006 and they have one child together. A son named Brendan who was born in 2010. James leads what has been called a modest life. Prior to marrying Anne- Marie Duff, his co-star from Shameless, he purchased a second floor apartment in North London in 2006 for about 178,000 pounds. Also, he and his wife drive a 1990s Nissan Micra that is worth less than one thousand pounds. The couple enjoy a close relationship and rarely leave their apartment, choosing to instead read or do sudoku puzzles together. The actor said that their lifestyle is “mundane, and I love it that way. The couple has divorced in late 2016.The ex-couple both live with their son in London to avoid disruption to his life.

Lisa Liberati and James McAvoy were first linked in 2016 when James was shooting Split in Lisa’s native Philadelphia.She’s the PA of Split director M.Night Shyamalan. The pair became Instagram official at Halloween 2018 after partying alongside the cast and crew of Shyamalan’s follow-up film, Glass.

How to Remove Acrylic Nails at Home?