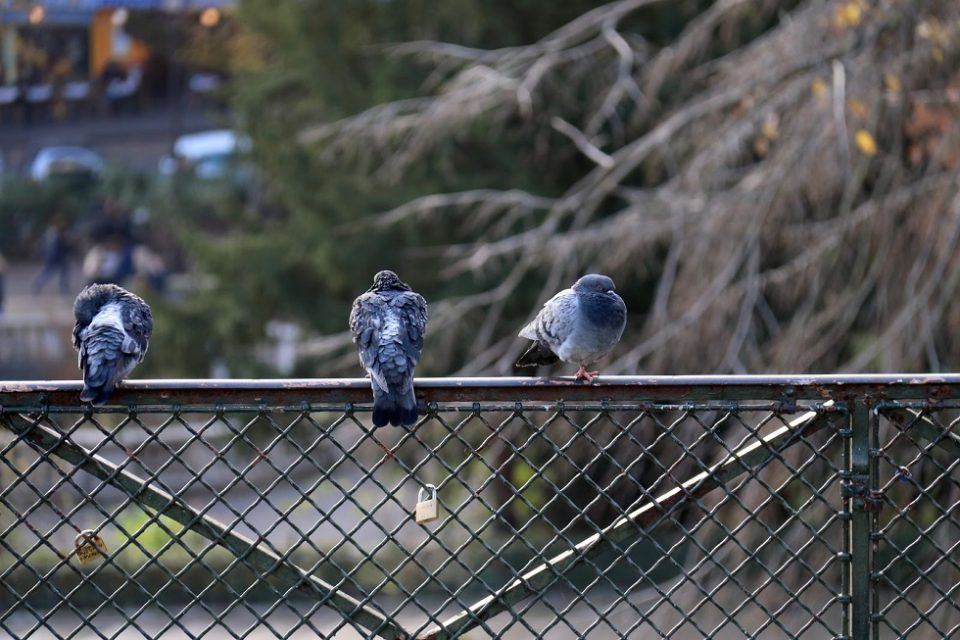 The short answer to this question is yes and no. In fact, there are several distinctions we must make before answering the question, “Is it legal to kill a pigeon”. Before that, however, we should provide some background on pigeons.

Feral pigeons (Columba livia) roaming modern cities and communities are considered domesticated birds. These birds were originally described as domesticated in Mesopotamia, more than 5,000 years ago. During ancient times, pigeons were commonly kept as a food source and represented dinner as opposed to a pest bird. All the feral pigeons around the world today that exist on six of seven continents are descended from this original domesticated population of birds.

Within the USA, Canada, and Mexico, virtually all birds are protected under the Migratory Bird Treaty Act (“MBTA”). This Act protects all migratory birds and even many that do not. There are species that migrate which are not protected, including grackles, although these pests have permanent depredation orders from US Fish and Wildlife Services

There are three notable exceptions to the MBTA, a) European starlings, b) English house sparrows, and c) feral pigeons. Any of these three can be legally dispatched with common culling techniques – trap, shoot or poison – without limits.

The only requirement that you need to follow is that the method used to kill the birds is “humane”. Unfortunately, the term “humane” is often subject to interpretation which leads to mass confusion. One person may consider poisoning or drowning birds as inhumane, while someone else may consider that completely acceptable. There are so many ways to get rid of pigeons, but not all of them are “humane”.

Pigeons are protected by animal cruelty statutes which differ by state and even local municipality.For example, poisoning pigeons with Avitrol in New York City is against the law, whereas it is perfectly acceptable in Long Island or Westchester, NY. The only advice we can provide is to check with the local authorities before taking matters into your own hands.

In cities including San Francisco, it is illegal to kill a bird, even pigeons. Cross the Bay into Oakland and it is perfectly legal again.

Therefore, at least in the USA, while killing pigeons may be legal, it may unleash social backlash that might be unexpected. Pigeons are considered by many as pest birds that should be eliminated while others perceive these monogamous feathered creatures as an integral part of urban wildlife. If killing these birds, you should also take the social risks as well as the legal ones into consideration.

The three conventional categories to cull or kill pigeons include 1) trap and euthanize, 2) shoot, or, 3) poison. See the description of culling options on the OvoControl website for more details and background on these methods. Each of the pigeon control methods has their pros and cons, although all result in dead and dying birds.

If killing birds in an urban area the only realistic option is to trap and euthanize the birds.  Poisoning the birds can create a public backlash that you really did not plan for. Shooting is simply no longer an option in a populated urban environment for obvious reasons Therefore, the only reasonable alternative is to live trap and euthanize. Pigeons cannot be relocated since they will come right back within a matter of hours, even from long distances.

Using a poison or avicide to kill birds is the most controversial of all the different methods. The USA is one of the few first world markets where poisoning birds remains allowed. Most of the world banned the practice decades ago although the USA, parts of Canada, Australia and New Zealand still permit the use of avicides.

The last remaining avicide registered by USEPA to poison birds is 4-aminopyrimidine or Avitrol. This poison is classified as a Restricted Use Pesticide (“RUP”) and may only be used by licensed applicators. Seek out advice from your local and state regulatory agencies before you consider using this product.

There are alternatives for having to kill pigeons. First and foremost is an avian contraceptive that will prevent the constant repopulation of the birds. Since they breed so rapidly, killing pigeons is more akin to a harvest as opposed to an effective control program. It creates a chronic cycle of killing without endpoints. If the pigeon friendly harborage does not change, more pigeons will just take their place.

In summary, at least in the US, killing pigeons is legal but there are many caveats and challenges that should be evaluated before considering this path.