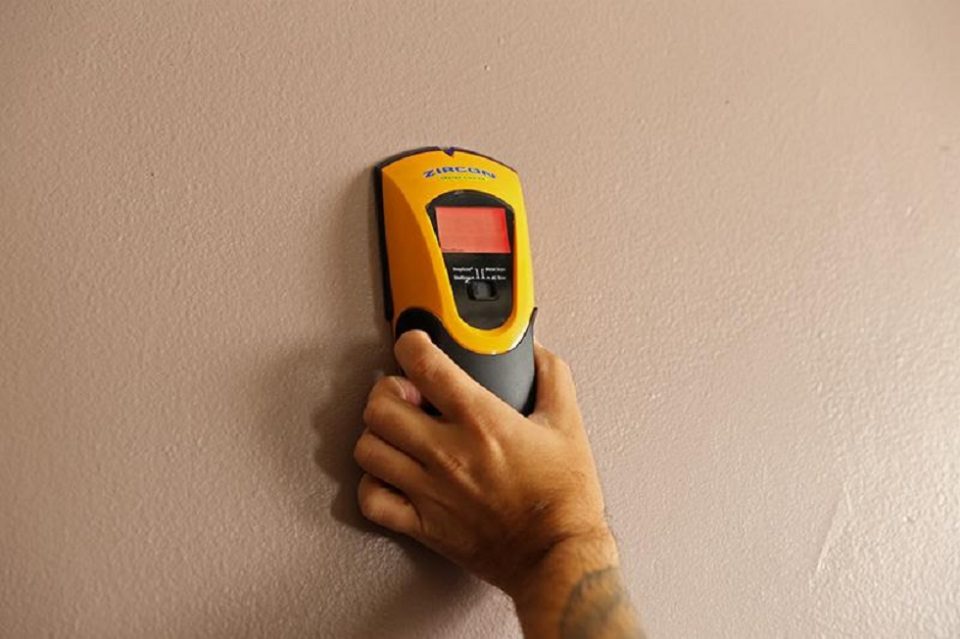 Want to hang some pictures on your walls or put up new shelves? It can be hard for you to find the screws and nails hidden away in studs. Difficulty finding studs only mean the inability to carry out the task at hand. If you insist on it, then you might have to puncture the walls, which isn’t something you would like to do.

Enter the stud finder, a handy tool that makes it easy for you to search the surface of the walls for studs. It can help you locate all metallic objects hidden behind drywall. However, you have to find the best stud finders and learn how to use them. That’s why this article is dedicated to helping you learn how a stud finder works. Read on.

Electronic stud finders and simple gadgets meant to be handheld. They come with green and red lights that show the presence of solid bodies behind the wall, usually studs. Designed in a simple, straightforward way, the gadgets rely on electrical capacitance to identify studs and other metallic objects. They work by creating an electric field and measuring the response of the wall as you move it along. Due to its high density, a stud would have a greater effect on the electric current. By and large, electronic stud finders are cheaper and easy to use. They can also show you the exact area occupied by a stud.

The very first stud finders were magnetic in nature. They existed in the form of tiny magnetized finders that got drawn to screws or nails behind the wall. To find a stud, all you needed to do was to find a screw or nail. That’s because studs are usually held together with screws or nails. They are great when used on plaster applied onto the wood lathe. That’s because every stud junction has nails. A major drawback is that the device is incapable of telling you the extent to which the stud goes.

The original electronic scanners have since morphed into wall scanners. Unlike their simpler predecessors, wall scanners are more accurate when it comes to finding the studs behind your walls. However, they aren’t simply used for finding studs. Instead, they scan walls and locate studs, wires, as well as pipes.

Of course, they are electronic in nature, which means they use electrical capacitance to locate the objects hidden behind the walls. They can also differentiate studs made from wood and those that are metallic. Unlike magnetic stud finders, these particular models can also differentiate ferrous from non-ferrous metals. So, you can use them to know the locations of your iron and copper pipes.

Since they can detect voltage, these scanners are also great when it comes to locating live electrical wires. However, they may find it impossible to locate low-voltage wires or those without any voltage. That means you should try to use them to detect telephone cables, thermostat wires, and those for doorbells.

If your conventional wall scanner isn’t working as expected, why don’t you buy one that used radio frequencies? People have been using radio frequency to scan walls for a long time. However, this technology hasn’t been used in stud finders for long. A radio frequency study finder works in tandem with your smartphone. After locating a stud, it creates a 3D image and displays it on the smartphone screen. So, it goes further than just locating the studs behind your walls.

Radiofrequency stud finders are designed to work on concrete as well as drywalls. However, they may fail to give you the desired results when used on stucco surfaces or plaster walls. Some models come with devices to be stuck at the back of smartphones before getting connected via USB. You should check whether it works on iPhone or Android phones. It relies on the phone for power. As you pass it across the walls, watch out for 3D images of studs and other objects.

They are capable of locating wooden and metal studs, electrical wiring, and water pipes. You will be surprised how well the device can detect the presence of small critters such as mice. Not that the device can see through the wall. Instead, the radio frequencies hitting on the object travel back to the device, aiding the formation of a computer-generated image.

As you can see, the kind of stud finder is what determines how easily you can use it. So, you may want to look at how a stud finder works to know if you should buy it. That way, you will know if the device will do what you want or not. Read the user manual to know just what you are dealing with.