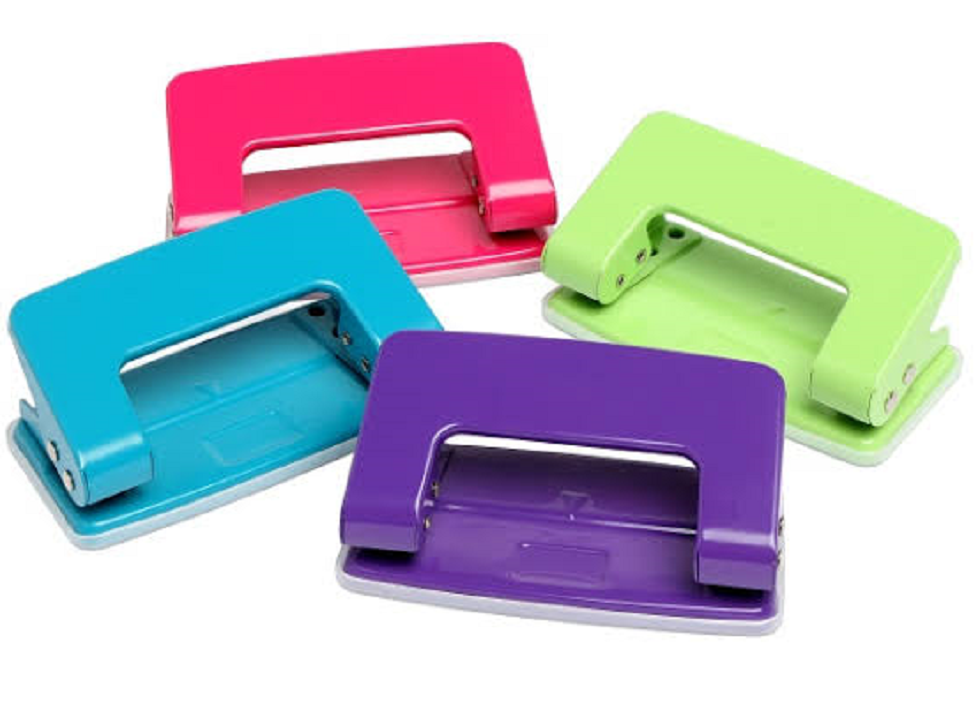 Throughout this planet, if there is any place which deals with some paperwork, be it an office, school or college, a hole punch is an essential tool for it to function smoothly. The small, humble hole puncher has been helping arrange documents sequentially for many years now. Even your great-grandfathers would’ve used it in their offices when they worked. Hole punch tends to provide a lot of fun and entertainment for people in offices as well. Aside from the people who derive a sense of satisfaction when they see perfect holes being punched through a piece of paper, there are also a lot of extremely creative people who use hole punches to create stunning artistic patterns.

Now, most people don’t see a hole punch and go ‘I wonder what’s this little tool’s history, who invented it, how did it come to be?’. Most people just punch holes with it and get on with their business. However, if you are one of those people who are intrigued by this little tool’s origin story and want your fix of hole punch history, this blog post is for you. Let’s find out how did the hole punch start and how did it rise in popularity and become a staple stationary item of every office in the world.

As simplistic and unassuming as the hole punch is, its history is anything but that. There is a lot of confusion surrounding the original inventor of the hole punch. A total of three patents were filed within the first eight years of hole punch history. So choosing which inventor to give credit to, is a very contentious scenario. The first recorded publication of a hole punch patent occurred in the year 1885. It was awarded to a man named Benjamin Smith whose spring loaded hole punch also had a small receptacle to collect all the clips that had been punched out from the paper. Smith decided to call his invention, the ‘Conductor’s Punch’. Eight years later, an inventor called Charles Brooks published his patent for a similar device that he called a ‘Ticket Punch’ (obvious railway connotations here, more on that later).

As discussed earlier, three patents were published within the first eight years of hole punch history. The third patent was published by a German man by the name of Friedrich Soennecken in the year 1886. If you are reading this blog because your curiosity in hole punch history was piqued by the Google Doodle published on November 14th, 2017, you might already be aware of the fact that Google credited ‘German Engineering’ as the source of the hole punch. Well, Soennecken was the man behind the German engineering. Here’s what Google’s blog said in the doodle’s description:

It’s a familiar scene with a familiar tool: the gentle rat-tat-tat on the table as you square up a dangerously thick stack of papers, still warm from the printer. The quiet anticipation and heady uncertainty as you ask yourself the ultimate question: can it cut through all this? The satisfying, dull “click!” of the blade as it punches through the sheets. The series of crisp, identical holes it produces, creating a calming sense of unity among an otherwise unbound pile of loose leaf. And finally, the delightful surprise of the colorful confetti byproduct – an accidental collection of colorful, circular leftovers.

Today we celebrate 131 years of the hole puncher, an understated – but essential – artifact of German engineering. As modern workplaces trek further into the digital frontier, this centuries-old tool remains largely, wonderfully, the same.

The hole punch saw its absolute glory days between the years of 1850 and 1990. The boom in the railway industry soon led to all of the world’s railway conductors carrying a hole punch to punch a hole in the tickets that they checked. It soon spread to buses, cinema theatres, amusement parks , and pretty much anything that needed a ticket for entrance. However, the onset of the digital age reduced the ubiquity of the hole punch and restricted it to environments with a lot of paperwork.

An interesting and unique use of the hole punch happened during the year 1937, in the middle of the Great Depression. During those miserable years of austerity and struggle, lots of photographers were clicking pictures of the distraught farmers in their misery and submitting them for publication. The person in charge of the selection process, Roy Stryker used a hole punch to punch holes on the photographs and the negatives that he would reject. Years later, when these photographs resurfaced on digital platforms, they had remarkable holes in them.

As we moved further down the pages of hole punch history, the materials used for making a hole punch slowly transitioned from dull and drab metal to a vibrant and colourful blend of metal and plastic. Using plastic gave a lot of creative freedom to designers of the hole punch and it started being manufactured in a variety of colours, designs, shapes and sizes. A boring, utilitarian train conductor’s tool had become fresh and exciting enough to be sold as kids’ stationary supplies as well.

The hole punch was initially exclusively used to punch holes in paper but as time progressed, it started being used to punch holes in other objects as well. One of the most popular uses of a hole punch outside of punching holes in paper is the punching of holes in leather items. Belts, adjustable bag straps, they all have holes made in them with a hole punch. These hole punchers are usually made of stronger and heavier material since they are used for punching holes in thicker items. Nowadays, the hole punch doesn’t just come in varying size and thickness, it also comes in different shapes such as flowers and hearts which can be used as art and crafts materials.

Throughout hole punch history, two to four holes are what most office and school hole punchers have punched. An office grade hole punch can go as high as eight holes though. When we move to the industrial scale, hole punchers become gigantic and can punch many holes at once. However, regardless of size, the mechanism stays the same.

As digital devices such as smartphones and tablets are becoming more and more popular, the usefulness and relevance of the hole punch are fading in obscurity. More and more companies are becoming environmentally conscious and reducing their paper consumption. Lesser the amount of paper consumed, lesser will be the need of a hole punch. While the future of the hole punch in offices might look bleak and it might soon become a part of the pages of history, its use in the world of arts and crafts will probably last as long as artistic creativity is alive within the human race. Here’s to the hole punch, cheers!