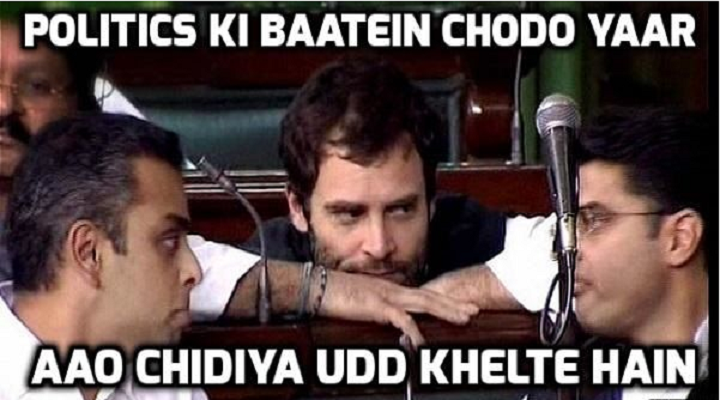 Many social media stars evolved in 2018 that gained plentiful attention of social media in 2018. While few of them are known faces, others saw growing fame for which social media’s can be thanked. Some captured hearts of masses whereas others brought smile on readers faces. Without wasting much time, lets jump straight into the topic about faces which became famous social media stars in 2018.

This star-studded kid from south became instant hit over the social media channels with just one single wink made in one of the songs named “Manikya Malaraya Poovi” of her Malayalam film, “Oru Adaar Love”. This teen remained on headlines for quite a number of days at an international level and gained massive numbers of followers on the very first day of the release of her song. Undoubtably, she became crush of many hearts that made this kid superstar even before the release of her movie. After her hit winking scene got famous, this girl got featured in many ad campaigns, YouTube mashups, modelling events and most importantly for conveying police force messages. Surprisingly, her messages on Google even lead behind Zuckerberg’s messages followers on Instagram. However, the movie still remains unseen to us till date.

This newly wedded actress of Bollywood and one of the leading stars of Indian film industry remained popular among memes posted in social media. Firstly, due to her wedding with present Indian Cricket team Captain, Virat Kohli and secondly because of a famous scene from her movie “Sui Dhaaga”. This famous scene from the movie gained comparatively more attention where Anushka Sharma is seen expressing a mixed emotion. The scene spawned hundreds of memes including one being portrayed into a Mona Lisa painting. Even, this Bollywood diva felt Ok with emerging memes and accepted the title of “Meme ki Rani” meaning the queen of memes. One of the videos in which Anushka Sharma criticises a man for throwing wastes into the road out of his moving car was also proudly made viral by her husband that earned her much popularity, however, the man including his family didn’t seemed much happy though.

Rahul Gandhi- The king of memes

Rahul Gandhi, the present chair person and representative of Congress, India has some remarkable features that makes him cheered always. With his party winning polls in many states recently, his presence in social media also grew immensely. Rahul Gandhi’s sole handling of popular social media accounts like Twitter made his tweets even more pointed and acerbic where he stormed Instagram and Facebook by posting several pictures exclusively in social media. However, many cheerful memes were made before his state winning that made us entertained throughout the year in which this political star got trolled for posing in dramatic and childlike manner. Lastly, how can we ever forget about his comment made about Coca Cola that made him ‘King of memes’.

Deepika Padukone- The influential one

This actress started 2018 with lots of criticism and revolutions for her lead role in Sanjay Leela Bhansali’s film “Padmavat”. She even got featured in one of the popular magazines, Times Magazine and got herself listed in the list of 100 most influential people. The whole world appraises her fashion choices especially the ones seen at Cannes Film Festival and Met Gala that made her famous for being one of the trendiest actresses in Bollywood. Her tying knot with her long time BF and a Bollywood actor Ranveer Singh again flooded social media with pictures of their wedding in Italy and lavish receptions conducted in India amidst famous Bollywood and Political personalities.

Diet Sabya’s passionate desire to spot counterfeits in fashion industry won many fans following since last eight months. The group already has more then 1.12 lakhs fans followers including famous Bollywood personalities like Alia Bhatt, Sonam Kapoor, and Karan Johar. Due to instant shares made in social media sites, this Instagram account has made many fashion copycats fall under suspicion in which of few of the leading fashion designers and Bollywood actors also faced a nightmare for making fashion duplicates. This account even gained a title of Fashion police in social media which is growing steadily by highlighting the names of blatantly copied fashion accessories including photoshops for magazines following #copy or #gutsontoast titles. Although spotting fakes in Bollywood industry is a tough job, this account revealed how Bollywood personalities get their fashion plagiarised and lacks creativity.

With the release of Lust Stories, Sacred Games and Ghoul, Radhika Atpe is all over the social media and Netflix where her constant presence shows her backed up roles in giant streaming platform, inspiring series of memes over social media. Radhika Apte, a star born out of YouTube videos and Bollywood movies, features in various Netflix India series that grabbed attention of online viewers. Although she has been seen in only three series of Netflix, the social media got flooded completely with varieties of meme, showcasing her love for Netflix. Some even trolled her how Netflix loves her and vice versa that made endless pun with her name. Even many brands grabbed this opportunity and utilised memes of Radhika Apte including their brand names in the memes. Nevertheless, we enjoyed each one and the nation still waits for another Netflix release, of course for the one starring Radhika Apte.

Famous Bollywood and Hollywood star, Priyanka Chopra recently got married to Nick Jonas and has become an official queen of social media. The actress was also seen on a Facebook event for a good cause by sharing her views on depression and many good thoughts. Social media played a significant role in spreading good cause and bringing awareness among people about societal issues. The couple, also famous as PeeCee in social media have become a hit topic for memes where Priyanka is trolled to be over aged person for Nick Jonas. Even her photoshopped picture of armpits in a magazine’s front page invited many negative trolls over the social media sites. In fact, she had to post another picture by herself stating that her armpits are as smooth in real life too.

What is Remote Island Experience? Destinations that can give you one such

Small businesses that can be started with minimum to no investment

How to Write a Story: Writing Tips for Aspiring Writers