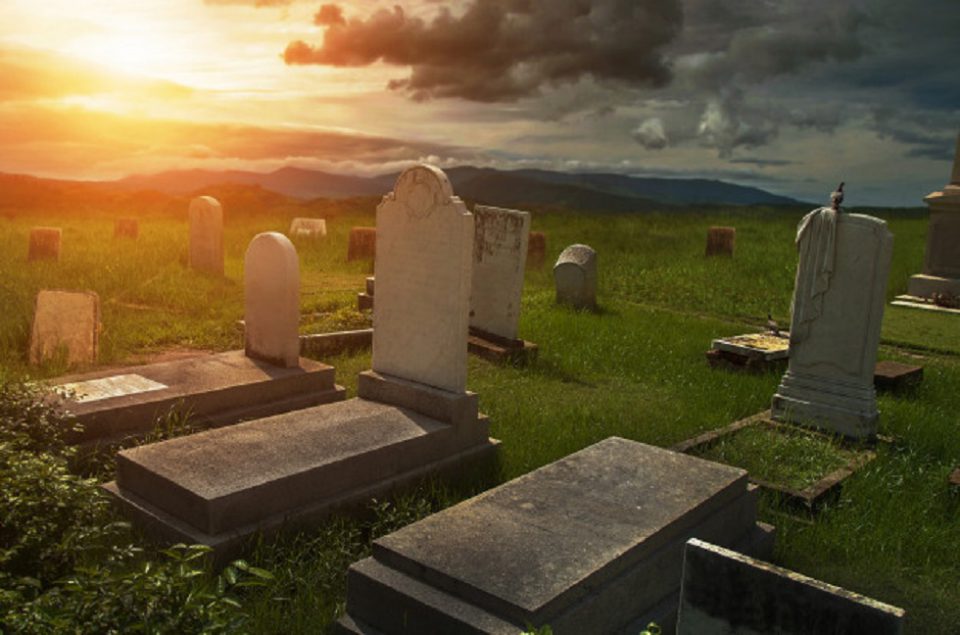 Most people don’t have the chance to meet their idol while they are alive. There are several exciting and beautiful gravesites worldwide that people visit to pay tribute to their idols. It may seem morbid to some, but taking out time and seeing the graves of some of the famous and reputed personalities will reflect on the remembrance and nature of death. So, here are the

Top 15 famous graves in the world to check out at least once.

George Custer was the Civil War general who was famous for his “last stand” at the Battle of Little Big Horn. In the West Point Cemetery, New York, it can be found apart from several other distinguished military women and men throughout U.S. history. And at the base of his grave, there are intricate engraving. It is marked by a Washington Monument-Esque pillar.

Charles Lindbergh is the first man to fly solo across the Atlantic. He has rested for eternity on the island of Maui atop. It is basically a bluff overlooking the pacific. He has a scenic gravesite with an inscription- “If I take the wings of the morning, and dwell in the uttermost parts of the sea …” It is located right behind the Palapala Ho’omau Church. This place sees the sunrise each morning in the first place.

Behind the flat headstones, there is a bench that features one of the most moving quotes by Cash- “Happiness is being at peace; being with loved ones; being comfortable … But most all, it has those loved ones.”

Oscar Wilde is one of the most famous graves in the world. It took around 10 months to build this sphinx-like sculpture. Jacob Epstein has sculpted this, and it stands out even in the distinguished setting of the Père Lachaise Cemetery. To pay respects, light candles, leaving flowers, and even leaving lipstick kiss marks, thousands of people visit this monument every year. In the year 2011, a glass barrier was erected to make this a kiss-proof tomb.

One of the most visited graves in the world is none other than Elvis Presley’s grave. Around 600,000 devoted fans of “The King” visit this grave every year. The final resting place of Elvis Presley and several other family members. Visitors come here to lay flowers, kneel in prayer, give offerings, and sometimes sing Elvis songs or hymns. The grave is fascinating because it is the grave of one of the biggest music stars ever, but the intense devotion and legacy are still inspiring too many.

John Keats is one of the most treasured poets in Britain. He has his final resting place in Rome. This is because he had traveled there, hoping that his health condition will improve due to the milder climate. Unfortunately, he dies at the age of 25 only. He got many negative reviews and criticism, so he thought nobody would remember his name and his hard work would be forgotten. So, he insisted that his name should not be there on his tombstone rather-“Here lies One Whose Name was writ in Water.”

The gravesite of the movie star and the martial arts legend Bruce Lee is visited by more than 10,000 visitors every year. There are many Chinese American who still sees him as an inspiration. Bruce Lee died at the age of 32, and it was a tragic death. He was laid to rest right beside his son Brandon Lee, who was killed on the set of the action film “The Crow” due to a stunt failure. Lee has got some serious fans who have walked 3,700 miles taking 7 months just to visit the grave at the Lakeview Cemetery.

Another very famous graves in the world are none other than Ernest Hemingway’s grave. He was famous for his sparse prose style and his outdoors-manship. In Idaho’s Rocky Mountains, he was buried alongside his son, wife, as well as a granddaughter. He has a grave in the Ketchum Cemetery, which is modest and humbling with a flat slab of stone. The stone was covered by fallen brush, and sometimes you may find alcohol bottles. These bottles are left as memorials.

Sir Isaac Newton is one of the influential and important scientists in history. And the home to the monument and tomb of him is none other than the Westminster Abbey in London. This monument is constructed from grey and white marble and is one of the brilliant pieces of 18th Century designs. There is a pile of scientific books where his sculptured figure is leaning against. And, there is a globe right above him showing the signs of the zodiac and constellations.

Since Westminster Abbey is a very famous grave, several most significant Britain figures, including Chaucer, Elizabeth 1, and Charles Dickens, have their resting place here. But, the tomb of Newton is visually pretty impressive among all memorials.

Jane Austen is the author of some masterpieces such as Pride and Prejudice. She has her resting place in the Winchester Cathedral, Hampshire. Now, her visitors may find it shocking to see no mention of her writing in her gravestone within the cathedral. Well! This is because Jane’s identity was kept private, and all her books said the author is “a Lady.”

In the year 1870, after around 50 years of her death, her nephew got a bronze plaque placed in the cathedral. This is to acknowledge and remember her fantastic work. And to honor her, in 1900, a memorial window was installed.

Bob Marley is a reggae legend who was born in the small Jamaican village of Nine Mile. There is a gated compound in Jamaica that holds his childhood home, his mausoleum, and the Bob Marley Museum. No photography is allowed inside the premises of the mausoleum. There are guided tours all around the compound to guide you through the gravesite. Since Marley’s birthday is on 6th February, it is declared as the national holiday in Jamaica. Near Nine Mile, every year, his fans gather to have a music festival.

The final resting place of the very famous lead singer of the Doors, Jim Morrison, is not so far from Oscar Wilde’s tomb in Père Lachaise, Paris. This grave has had several other memorial masonries over the years. It includes a bust of Jim, which was stolen as well as vandalized.

But it was unfortunate that due to repeated vandalism and graffiti, you can only see the grave from the metal fence behind. Fans leave friendship bracelets, notes, as well as some bottles of alcohol as tributes. The tomb has a simple headstone that comes with a Greek inscription narrating as “True to Himself.”

Princess Diana has one of the tragic death in the year 1997, which brought a period of true national mourning. Public flock to pay tribute to the “people princess,” and there were thousands and thousands of flowers lying outside Buckingham Palace. The final resting place of Princess Diana was away from the public eyes and was on a small island. It was situated in a lake in Althorp, and very few people were allowed to visit it. People or mourners can see the memorial that is built right beside the lake.

In the Amherst, West Cemetery has a minimalist headstone of Emily Dickinson. It is not having any quotes from the poet’s oft-spiritual work. All it has is an inscription noting she was “Called Back followed by her day and date of death. There is a black iron fence in her family plot where her fans leave flowers in the memorial.

Mark Twain is the author of “The Adventures of Huckleberry Finn” who has his resting place alongside the U.S. veterans and congressmen in the Woodlawn Cemetery. It is a national and historic landmark and has its own history as the Confederate prison camp. This place has so many visitors from all of New York. They come to see the headstone as well as the adjacent monument of America’s one of the most enduring and respected humorists and authors.

So, these are the top 15 famous graves in the world to pay a visit to if you can take out some time from your busy schedule. All of these gravesites are famous and have their own story, which seems interesting. Thousands and thousands of people pay a visit to the cemeteries to pay tribute to their beloved idols and shower them with flowers, notes, and tokens of love in memorials.

Complete Guide: How to plan a solo trip

Entertainment Tips | Throwing a Successful Party on a College Budget