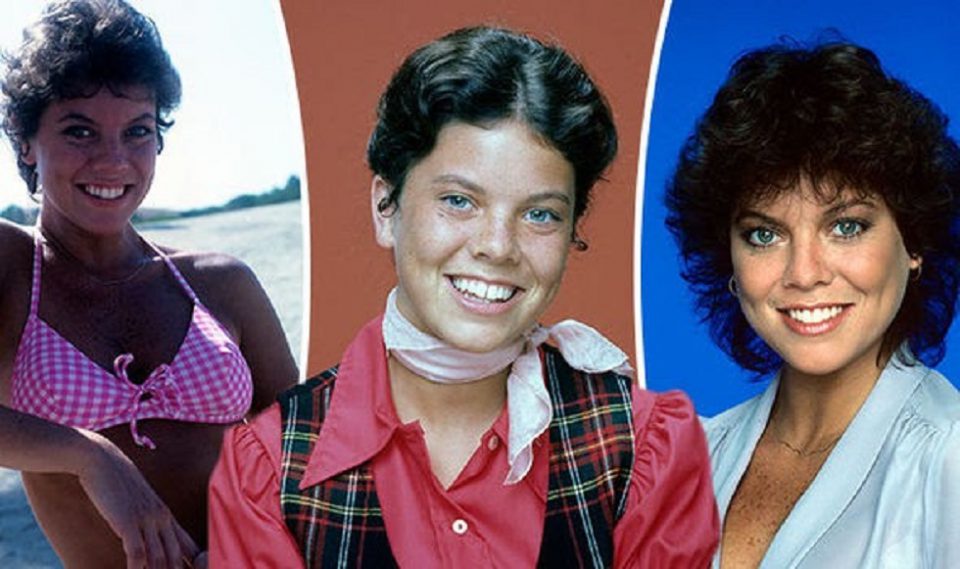 Erin Moran, stole hearts playing Joanie Cunningham on the 1970s hit TV series: Happy Days, The actress died at the just the age of 56. In 2017, her body was pronounced dead on after Indiana police responded to an “unresponsive female” report. The reason for her death stemmed from complications of Stage 4 cancer which wasn’t unexpected according to the authorities working on her case.  Doctors now say that they are seeing a lot of throat cancer patients who are in their mid 40s and 50s but soon we’ll see people who were infected with HPV 50 years ago who, and on their way to reaching their 70s, will face much higher stage of throat cancer.

Erin Moran From “Happy Days” Died Of Throat Cancer, So Can You

An autopsy report including toxicology showed that no illegal drugs were involved in Erin Moran’s death. After her passing, her former co-star Scott Baio, the man who played her love interest Chachi on Happy Days claimed she died from her excessive drinking and drug abuse. The actress from California was even reportedly kicked out of her trailer park home in Indiana because of her hard-partying ways, adding some weight to Scott Baio’s statement:

“I’m OK, a little shocked … but not completely shocked that this happened,” Scott said on The Bernie & Sid Show. “My thing is, I feel bad because her whole life, she was troubled, could never find what made her happy and content. For me, you do drugs or drink, you’re gonna die. I’m sorry if that’s cold, but God gave you a brain, gave you the will to live and thrive, and you gotta take care of yourself.”

Scott’s statement faced backlash from Erin Moran fans, cancer survivors and the Internet in general, forcing Baio to recanted his comments on Facebook. Later Erin Moran’s husband, Steven Fleischmann, decided to write an open letter about his wife’s final days and her struggle with cancer. Baio, despite his comments, is still a family friend, and Fleischmann gave him the letter to post it on social media.

According to Fleischmann’s letter, Erir Moran woke up and found a dime-size blood stain on her pillowcase, which she initially attributed to her biting her tongue. When the blood on her pillows reappeared again and again over the next few weeks, Fleischmann says he finally took a flashlight to look in her mouth to see what was going on. Her left tonsils were incredibly swollen. “I thought it was tonsillitis,” he wrote. Erin Moran and her husband went to an ear, nose, and throat doctor, who took a biopsy and diagnosed Moran with stage IV squamous cell carcinoma. The Happy Days actress underwent radiation and chemotherapy, but the cancer was too aggressive and she died just a few months later. Her husband says that the coroner told him that her throat cancer had spread to her spleen and even to her brain. “It got bad so fast,” he wrote.

Henry Winkler also from Happy Days tweeted: “Oh Erin… now you will finally have the peace you wanted so badly here on earth… Rest In It serenely now… too soon.”

If you’re feeling scared that the same thing that Erin Moran woke up to all of a sudden can happen to you, there are signs that we can look before you see blood on your pillow case.

Throat Cancer Is On The Rise

“These cancers make up 90 percent of malignancies in the throat, primarily because squamous cells line the entire inside of the mouth and throat” stated Ted Teknos the chairman of head and neck surgery at The Ohio State University Comprehensive Cancer Center.

Oropharyngeal cancers used to be rare and predominantly related to chronic smoking and heavy drinking. The throat cancer rate kept decreasing because the incidence of these habits was going down, but in recent times, the cancer rate is going back up—and affecting otherwise healthy individuals, thanks to HPV.  Yes, oropharyngeal cancers have strong ties to the human papillomavirus (HPV) with an estimated 49,670 people who will develop oral cavity or oropharyngeal cancer, according to the American Cancer Society.

“Erin Moran’s case is emblematic of very aggressive HPV-related malignancy,” said Dr. Teknos, who did not treat her. “Fortunately, only about 7 to 10 percent [of virus-caused cancer patients] will develop this.” Meaning that only 7 percent to 10 percent of people who do develop oral cancer from HPV will experience this aggressive kind.

Dr Teknos said about half of the patients he sees in his clinic are diagnosed with throat cancer, when it used to be 15 to 20 percent. “We’re at the tip of a big epidemic of HPV-related malignancies,” Dr. Teknos said. “To put it in perspective, since the 1980s to the 2010s, [throat cancer] has increased by 228 percent, primarily because of the HPV virus.” We’re now seeing a lot of throat cancer patients who are in their 40s and 50s, Dr. Teknos said, but soon we’ll see people who were infected with HPV 50 years ago who, as they reach their 70s, will have a much higher rate of throat cancer.

And this increase of HPV-related cancers doesn’t look like it ends soon.

“These adults got the virus 20 to 30 years ago. For some reason or another, it sat in their bodies for decades and then turned into cancer for a very small group of people,” Shlomo Koyfman, M.D., a radiation oncologist at Cleveland Clinic, told SELF.

Previously when oropharyngeal cancers were always related to smoking and drinking, the cure rates were in the 30 percent rate. Now, with HPV-related cancer diagnoses, the survival rate ranges from 75 percent to 93 percent, depending on the severity of the diagnosis.  In a report published by the CDC, the chances of the high-risk oral HPV was 6.8 percent in men, and 1.2 percent in women. Also for high-risk genital HPV, the prevalence rate was 25.1 percent for men and 20.4 percent for women. Those who have high-risk HPV, will clear the virus without incident—meaning, won’t get cancer. However, the study reported that a small fraction will not be able to clear it and will get cancer at some point down the line. Moreover, these cases are definitely severe: There is a small subset of patients whose cancer spreads in strange patterns—like to the liver, lungs, spleen and brain.

If you’re out of that age range (especially if you’re 40 or older), throat cancer is an unknown risky painless lump in the neck that gets bigger over time. “Very often, with virus-caused cancer, it starts small in the tonsils, then spreads to the lymph nodes and neck and gets big,” Dr. Koyfman said. If you haven’t had an infection recently, which could explain swollen lymph nodes, then the first thing you need to rule out is a head and neck tumor because it’s really rare to have a nontender lump in your neck, Dr. Teknos said. See your GP right away, and if the lump doesn’t improve (the doc may prescribe antibiotics), consult with a head and neck specialist.

The Importance of HPV Vaccine

As far as prevention of throat related diseases:

“I tell women, if they have not had an HPV vaccine, they absolutely should get one,” That means every single woman in a non monogamous or new relationship, no matter how old you are. It is well worth the money to get vaccinated because it is extremely unlikely that you have been exposed to all nine HPV types covered by the vaccine and will therefore be protected,”  stated Lauren Streicher, M.D., an associate professor of clinical obstetrics and gynecology at Northwestern University Feinberg School of Medicine and author of Sex Rx: Hormones, Health, and Your Best Sex Ever.

“People need to realize this is an incredibly common thing and the incidence rate is going up at a really sort of terrifying rate in the public,” Dr. Teknos said. “Be aware of it.”

After reading about the death of Erin Moran we hope you’ve become more aware about HPV vaccinations and the importance of self examination- at every single age.

A Quick Look Into The Life of Korey Wise: Being Falsely Accused While The Victim Wanted The Case To Go On

I was reading some of your posts on this internet site and I conceive this site is rattling informative! Keep on putting up.