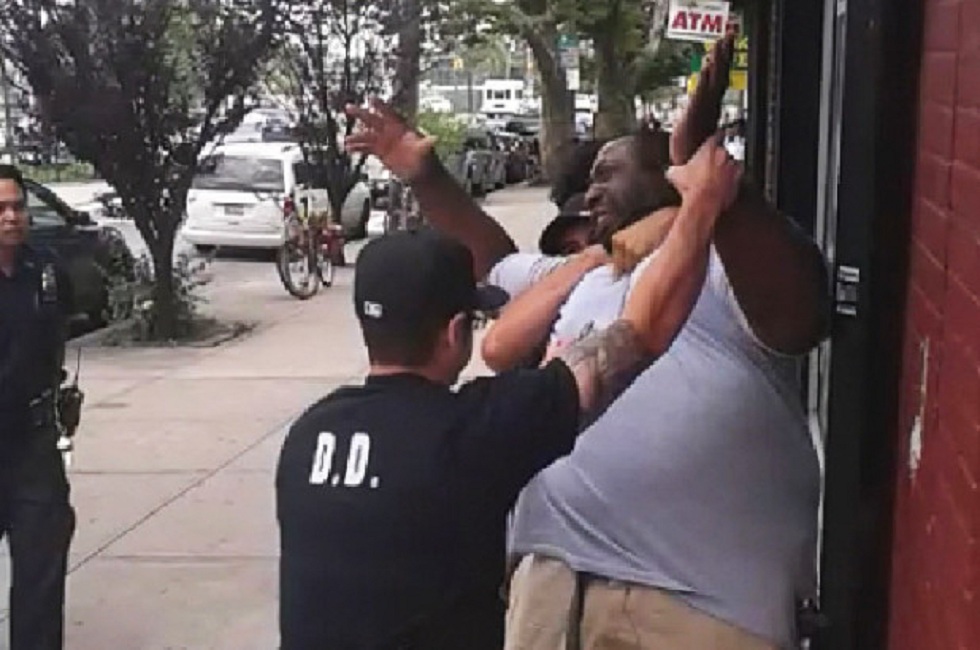 Who is Eric Garner?

It was in Staten Island, New York on the 17th of July 2014 when Eric Garner’s death made headlines. He was killed by Officer Daniel Pantaleo, a New York City Police Department (NYPD) officer who used an illegal choke hold to arrest Garner for selling loose cigarettes, triggering a chain of events that concluded in Garner being pronounced dead at a hospital shortly afterwards.

Video footage of the incident generated widespread national attention and raised questions about the inappropriate use of force by members of law enforcement.

Eric Garner (September 15, 1970 – July 17, 2014) was a black African-American man. He had worked as a horticulturist at the New York City Department of Parks and Recreation, but quit due to  health reasons.  He was married to Esaw Garner and had been described by his friends as a “neighborhood peacemaker” and as a generous, happy person. As a father of six children, he loved his three grandchildren, and at the time of his sad demise had a 3-month-old child.

Eric Garner had been arrested by the NYPD more than thirty times since 1980 on charges such as assault, grand larceny and resisting arrest. The New York Times stated many of these arrests had been for allegedly selling unlicensed cigarettes.

In 2007, Garner filed a handwritten complaint in federal court accusing a police officer of conducting a very what-should-have-been-in-private cavity search of him on the street “digging his fingers in my rectum in the middle of the street” while people passed by. According to a New York Times article Garner recently told lawyers at Legal Aid that he intended to take all the cases against him to trial.

At the time of the incident, he was out on bail for selling untaxed cigarettes, driving without a license, marijuana possession, and false impersonation.

How many times was Eric Garner arrested?

A criminal history that showed that Garner had been arrested by the NYPD more than thirty times since 1980. He had been arrested since 1980 on charges such as assault, resisting arrest, and grand larceny. An article in The New York Times stated that many of these arrests had been for allegedly selling unlicensed cigarettes. According to a New York Times article Garner recently told lawyers at Legal Aid that he intended to take all the cases against him to trial.

Then on July 17, the NYPD officers approached Garner on suspicion of selling single cigarettes from packs without legal tax stamps. Garner told the police that he was tired of being harassed and that he was not selling cigarettes but even after hearing that the officers still attempted to arrest Garner.

How did Eric Garner die?

Four NYPD officers attempted to arrest Garner in Staten Island, on suspicion of illegally selling cigarettes on a sidewalk. Since he had a history of illegally selling cigarettes, this was expected. However, in a viral video recorded that was posted online, officer Daniel Pantaleo can be seen putting his arm tightly around Garner’s neck and driving the much larger suspect into the pavement before releasing him (the maneuver he did with his arm is considered an illegal choke hold).

At the same time, another officer pressed Garner’s head to the pavement.

Garner, who resisted arrest but was unarmed, complained 11 times that he could not breathe — a refrain that would become a rallying cry for protesters.

Garner seemed to lose consciousness, and he was taken to a hospital where he was pronounced dead. Even the paramedics in the video were noticing that he was too unresponsive, witnesses said he went stiff.

Who filmed the Eric Garner video?

Ramsey Orta is a member of Copwatch in New York City, who filmed the incident. Following a campaign of alleged police harassment after the video went viral, he was arrested on weapons charges. Al Sharpton made a statement that prosecuting Orta while also calling him as a witness could constitute a conflict of interest.

In February 2015, Orta was incarcerated on Rikers Island. After falling ill multiple times after eating food on Rikers, Orta believed he had been deliberately poisoned. In March 2015, a lockdown was initiated, thus Orta could not prepare his own food. The prisoners were served meatloaf by the prison officers. Orta was commanded to eat by prison officers, who twisted Orta’s arms. Orta refused, but other prisoners ate the food. Orta alleges that the other prisoners fell ill and vomited blood, but that prison guards laughed and no prisoners were brought to the infirmary. Blue-green pellets were found in the meatloaf, and determined to be brodifacoum, the main ingredient of rat poison. As a result, Orta stopped eating the prison food, only taking food passed to him from his visiting wife. Orta stated that when he was initially arrested, a police officer told him to it would be better for Orta to kill himself before he was jailed.

After prosecutors questioned whether the money raised for his bail was crowd-sourced legally, Orta was released on bail on April 10, 2015.

In 2016 he was sentenced to four years in prison for weapons and drug charges after accepting a plea deal for which the prosecutor agreed to drop charges against his mother. He is serving his time in the Groveland Correctional Facility.

Who was the officer who killed Eric Garner?

Daniel Pantaleo is a New York City Police Department (NYPD) officer who, at the time of Garner’s death was only 29 years old and living in Eltingville, Staten Island.

In 2006, he joined the NYPD after graduating from Monsignor Farrell High School with a bachelor’s degree from the College of Staten Island.

In 2013, prior to the Eric Garner incident, Pantaleo was the subject of two civil rights lawsuits, where plaintiffs accused him of falsely arresting them and abusing them. In one of the cases, he and other officers allegedly ordered two black men to strip naked on the street for a search and the charges against the men were dismissed. The same exact humiliating public stripping orders were also happening to Eric Garner before July 17th 2014.

What happened to the cop that killed Eric Garner?

July 16 2019,  the US Department of Justice came to the conclusion that Pantaleo would not face federal charges. This is a decision that Eric Garner’s family slammed as an “insult.”

The order to pursue this case came after the victim’s family appealed to the Justice Department to consider, incase civil rights or federal criminal charges could be brought against one or more or any of the officers in the case.

Once the grand jury of the New York state determined in December 2014, that there was insufficient evidence to support homicide charges against Daniel Pantaleo, claims that Eric Garner suffered from asthma and a heart condition that could have caused his death, rose.

Departmental administrative judge Rosemarie Maldonado oversaw the disciplinary process regarding officer Daniel Pantaleo, who was accused of contributing to the death of Eric Garner during an arrest on July 17, 2014. Many were overjoyed by her recommendation that he be sacked. This verdict will be examined by New York Police Commissioner James O’Neill, who has the final say.

Expectations for the outcome are high, particularly in the Black Lives Matter community and even more so since Pantaleo has never faced charges for his involvement in the case.

“Today, we finally saw a step toward justice and accountability,” said Mayor Bill de Blasio, who is seeking the Democratic presidential nomination.

“And I hope that this will now bring the Garner family a sense of closure and the beginning of some peace,” he added.