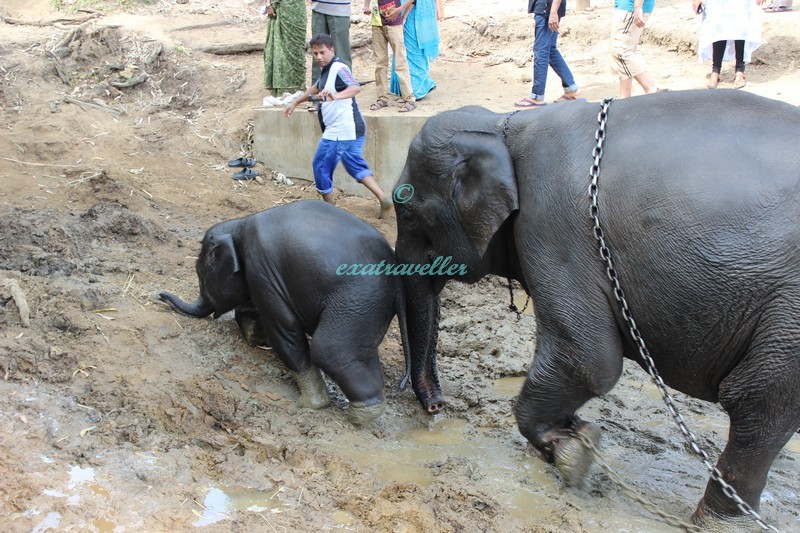 Save The Elephant Day

We as humans are the most gifted life form existing in this world. We can speak, express ourselves easily and freely, choose our own space to live in and be with people or other animals.
But what about the other living forms that share this world with us? Yes friends, I am talking about the wild animals that also live in this world. Why cant we let them live in their own space and be with their own species? Why do we catch them and force them to live in captivity?
On the occasion of World Elephant Day, I just wanted to highlight these issues and show some light to the painful life these poor elephants, though big in size and shape but still very emotional and lovely, are forced to live and die a painful death. 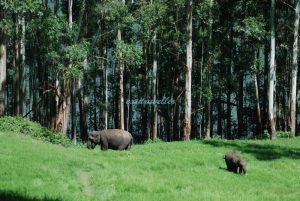 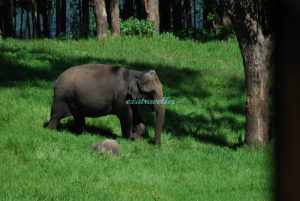 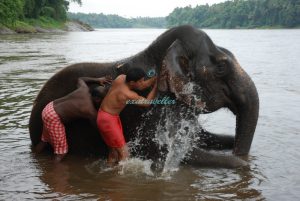 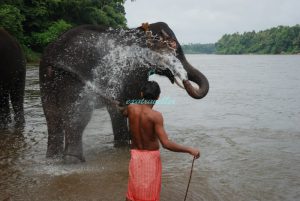 India is home to the Asiatic elephants (Elephas maximus) and according to estimates there are approximately 30,000 wild elephants in India and about 3500 captive ones. It’s a wonderful sight to come across the herd of elephants while visiting most of the wildlife sanctuaries in India.
But on the same hand, we also come across seeing the elephants during temple ceremonies, circuses, zoos, ferrying different kinds of loads in cities, decorative items at high society weddings etc. They are also used for joy rides at many a places.
Most of these elephants are often captured as babies and have to undergo a ruthless training process called ’the crush’, whereby these beautiful creatures are beaten, poked and starved into submission by their handlers. And then these beautiful creatures are relocated to areas where they do not belong. 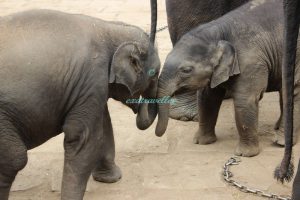 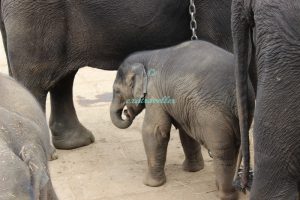 Take for example, Rajasthan, which has a very hot and dry climate. Though elephants don’t belong to Rajasthan, we see them at quite a few places, like Amer Fort and Tripolia in Jaipur, near havelies in Bikaner etc. These elephants are subjected to the severest kinds of abuse here in Rajasthan. The natural habitat of elephants is cool and shaded with a forest full of nutritious food and soft muddy, grassy land to walk on. But that’s not the scene here, they are fed limited food and that too non-nutritious and they are forced to live a fairly solitary lives. They are made to walk on hot manmade tar roads carrying heavy loads and people on their backs.
Amer fort at Jaipur is a beautiful building of historic significance, but this place unfortunately is plagued with animal specifically elephant abuse. The pain that these elephants are put through is unimaginable. They are made to provide joy rides to tourists trudging up a hilly cemented road which becomes unimaginably hot during the scorching summers in Jaipur for about 20-30 minutes. Unwillingly and forced by mahouts with Ankush (even though ankush is banned), they have no choice other than to slowly walk to the Fort a number of times. 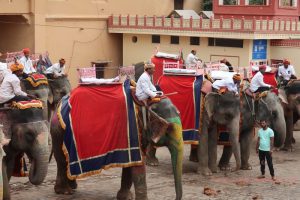 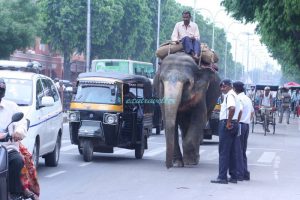 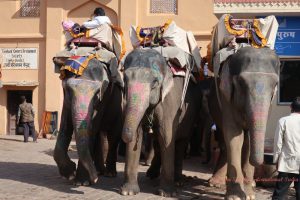 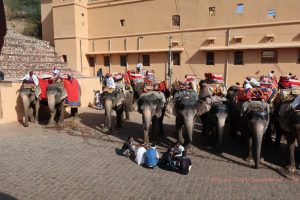 The working hours stretch over 12 hours a day but in return they get no food or water. As feeding and drinking might result in the elephants peeing and defecate during the rides. Because of these tortures the elephants develop multiple health problems including foot injuries, impactions, damaged eyes and fatigue caused by their unnatural activity. And the worst thing is that these problems normally become fatal and we lose one beautiful animal.
There are about 110 elephants used for riding at the fort. And the other irony is that majority of the elephants in Amer are females (coz they are easier to tame and control). They all suffer from mental disorders like stereotypic behaviour due to the conditions they are forced into, they have repetitive behaviours like swinging back and forth for a really long time. The way the elephant’s body is structured, she is not meant to be ridden at all. She is not supposed to ferry any loads too, but at Amer she has a seat put on top of her which weighs about 50-100 kgs in which two people sit along with the mahaut sitting on her neck. This is a lot of weight for an animal that doesn’t have a back to support any weight has to take. 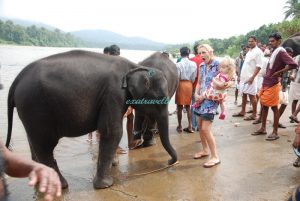 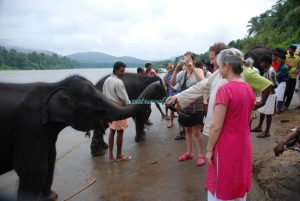 The condition of Elephants in Kerala where they are used in temples is much worse. They are painted with harmful chemicals during festivals which lead to skin diseases which are never medically treated.
Its sad to report that the death rate of these elephants in captivity is quite high. In 2018 itself, till February, 6 elephants have been reported to have passed away.
Abuse of elephants is not hidden, everyone knows about the magnitude of elephant abuse. They are constantly tied up with chains, beaten severely, and are often unfed. In both these places elephants are denied the opportunity to express their natural behaviour.
This year on the occasion of World Elephant Day, let us all come forward and devise ways to curtail these severities; both from public side and also the government. We have already deprived our future generations of experience a lot of wild species live. So many have them have become extinct today.
The question today is that, “In future, do we also want to see Elephants in pictorial books and animated movies ONLY”?

I wouldn’t want that to happen, so friends please come forward, lets take a pledge – “Not to ride any elephant for joy and not to hurt any animal unnecessarily”. You see, they have equal right to enjoy FREEDOM just the way we humans do.

I am Pradeep Chamaria, fondly known as the Pahadi Photographer among friends. I studied to become an Engineering graduate with a Post Graduate in MIS, but I have a travel bug in me. And that makes me a travel photojournalist/blogger by passion. I am a keen photographer and my camera always travels with me even to my professional work space. Since 1992, I have been sharing and making places desirable for other travelers through my experiential Travel Photography and Travel Writing. I am featured in imagesbazaar and indiapicture websites. I have been Routinely Published in Srishti, Terrascape, The Statesman, Discover India, Swagat, The Times of India, The Hindustan Times, Sakal Times, The Pioneer etc. I have also authored a coffee table/pictorial book on Kailash Manasarovar Yatra, and the first edition was sold out in a very short time. I am also a winner of various photography awards like Incredible India, Fujifilm Travel photo awards, Singapore, etc.

Why You Need to Know VIN Code of Your Motorbike

This is so tragic! I hope you have shared this article in other forums as well. It’s an eye-opener on the torture inflicted on animals by humans today.

Hi,
Please dont fool readers by writing lies
Following line is full of lies
“Kerala-They are painted with harmful chemicals during festivals which lead to skin diseases which are never medically treated.”
We never do that
we take care of elephants very good
there are some months we will do special ayurvedic foods for elephants for their good
I agree with fact that some elephant owners are abusing elephants but very few