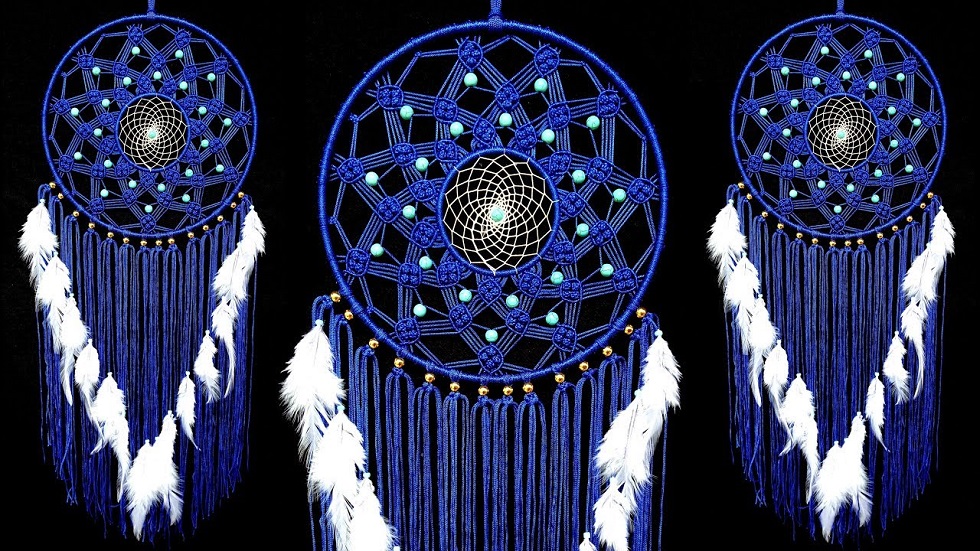 In this blog of mine, I would like to share some very interesting and useful information regarding dreamcatchers. Most of you must have probably seen a dreamcatcher hanging in a tree, a souvenir shop or a porch, wondering what is the meaning or purpose behind them. If this is so, you will find this blog very useful as it contains the legend behind how the dreamcatchers came into existence and who should use it to fulfil spiritual purposes.

What is a dream catcher?

Dreams hold an important role in our lives. It is that time of our life when we are transported to another world through dreamy visits and are often peculiar, pleasant, scary yet remains unexplained most of the times. Whether our dreams happen in real life or not, it is believed that if we hang a dream catcher above beds before sleeping, we get to see good places in our dreamy world.

Many people hang dream catchers so that their children do not get nightmares or scary dreams. Surprisingly, ones who have used dream catchers for ages will say that they intend to dry up slowly and even come apart as their children grew older. To this belief, research reveals that the air in between dream catchers is filled with every kind of dreams, both good and bad dreams.

One can find several forms of dream catchers readily available in the marketplace. One common thing which you will find in them a hole at the centre. The bad dreams are said to be caught in the centre of the web and the good ones flow to us through the feathers particularly to the person who remains immediately below it.

Although there are many theories which confirm that dream catchers work for the betterment of our dreams, one theory states that good dreams get filtered in the centre of the web. Yet, one more theory says that good dreams get hooked in the centre whereas bad ones flow away from the centre point. Whatever the theory is, one thing I can say for sure is that they are harmless and makes us feel confident and secured while we sleep. Besides getting a look of beautifully designed dreamcatchers, getting prevented from scary dreams itself is quite compelling to keep them hanged above our bed.

The spider web is a symbol of comfort that was used by people of Lakota contradictorily to what others believed it to be such as creepy crawlers.  According to the famous Ojibwe tribe story, ‘mysterious spider woman’ acts as one spiritual protector for the tribe particularly young and newborn children. While the tribe grew bigger, it became very difficult for women to watch over and protect their family members. The mysterious woman created a dream catcher through which many grandmothers and mothers could protect their children simply by hanging it over their children’s sleeping area.

Nowadays, dream catchers are available in various colours, style, type and designs. A typical dream catcher is made with small wooden hoop in which the centre is covered with natural fibres, entangled in the form of a web. To make it look attractive, one can add symbolic items such as colourful feathers, beads and shells at the bottom of the hoop.

What do dream catchers do?

Dream catchers are popularly known as a good luck charm. A traditional dream catcher though intends to protect people while they are asleep from negative dreams and let positive dreams come through.

Sometimes, they are also called as “sacred hoops”. This is because Ojibwe dream catchers were used as a talisman for protecting people from bad dreams and nightmares. According to Native Americans, when we sleep below a dream catcher, bad dreams are caught in its protective net and gets destroyed or burned up in the daylight.

Many designs and colours are used to create a dream catcher, having different purposes and meaning behind it. Different colour has a different meaning. A traditional dream catcher is made of eight points where the centre of the hoop is attached to the web. The symbol behind a spider is wisdom, energy and learning and eight-point are the eight legs of a spider.

Native Americans believe that dream catcher is much more advantageous than catching good dreams. They act as an icon of good energy and helps to neutralize negative energy. As soon as sunlight falls on the dream catchers, the negative dreams are diminished and gets expired immediately.

You can find dream catchers in various colours and types. In fact, the several forms of attachments made on the web symbolize different meanings behind it. The Native Americans believe that the purpose behind beads present in a dream catcher is to symbolize the spider. The spider act as a web weaver. Some others believe that beads are a symbol of good dreams which remains in the web and does not pass through it thereby making good dreams immortal and sacred as good charms.

The common shape of dream catchers is a circle shape as it reflects a circle of life. The circle also shows how the moon and sun travel every day and night in the sky. The dream catchers will catch negative dreams during the night and destruct the same in the daylight. The feathers are like a soft pillow and a fluffy ladder which lets good dreams descend on the person sleeping below it, without disturbing them during good dreams.

Authentic and real dream catchers are though not found easily. Today, many dream catchers are handmade and come in different types, making it more like an object of home decor. However, the real ones are smaller in size along with holding a sacred charm like beads and feathers.

Whatever is the colour of the type, they look adorable for sure when hung in the house. When goodness is reflected from such masterpieces and beautifully created hangings, why not hang them in our homes right above our head?

The spiritual significance and misconception behind dream catchers

One biggest misconception behind dream catchers is that it wards off evil spirits and ghosts that sneak into the rooms of people having a dream catcher. This is completely untrue.

Spiritually, it is believed that if a person weaves a spider charm or a dream catcher, he/she is doing something good for the others. Some people will argue that all the associated legends, mythology and spiritual stories surrounding dream catchers influence the person to believe that it will catch bad dreams and let them sleep peacefully.

First dream catchers created by Native Americans were for newborn babies or infants. Often the infants would be the ones who were yet to be given names after their tribes and the dream catcher would protect them as they grew older.

As more and more Native Americans and the First People tribes accepted dream catchers, various unique touches were introduced by every tribe. For instance, the dream catcher made by Cherokee have special numerology and are more elaborated by representing numbers in the interlocking circles. Other tribes saw the use behind wider purposes of dream catcher such as wading off negative energy from the room. This made many dream catchers look bigger than traditional dream catchers and are even located at public meeting places. Ones created smaller in size are worn as jewellery, something like a talisman or personal charm to eradicate negative energies.

As you see, dream catchers have become more than a trinket, real dream catchers are more like a spiritual tool and are truthfully created for the sake of the others. I hope that you will not look at a dream catcher in that way as it holds a valuable place in history and unique position in the spiritual world. It is one gift given to us by Native Americans and we should respect the gift by comprehending the significance behind it. If you ever but a dream catcher, kindly see to it that they are not factory-made which might shun the real purpose of the legend behind the unique creation of the First Peoples.

How To Breastfeed with Pierced Nipples

Basic Self Defense Techniques: A MUST READ FOR ALL WOMEN