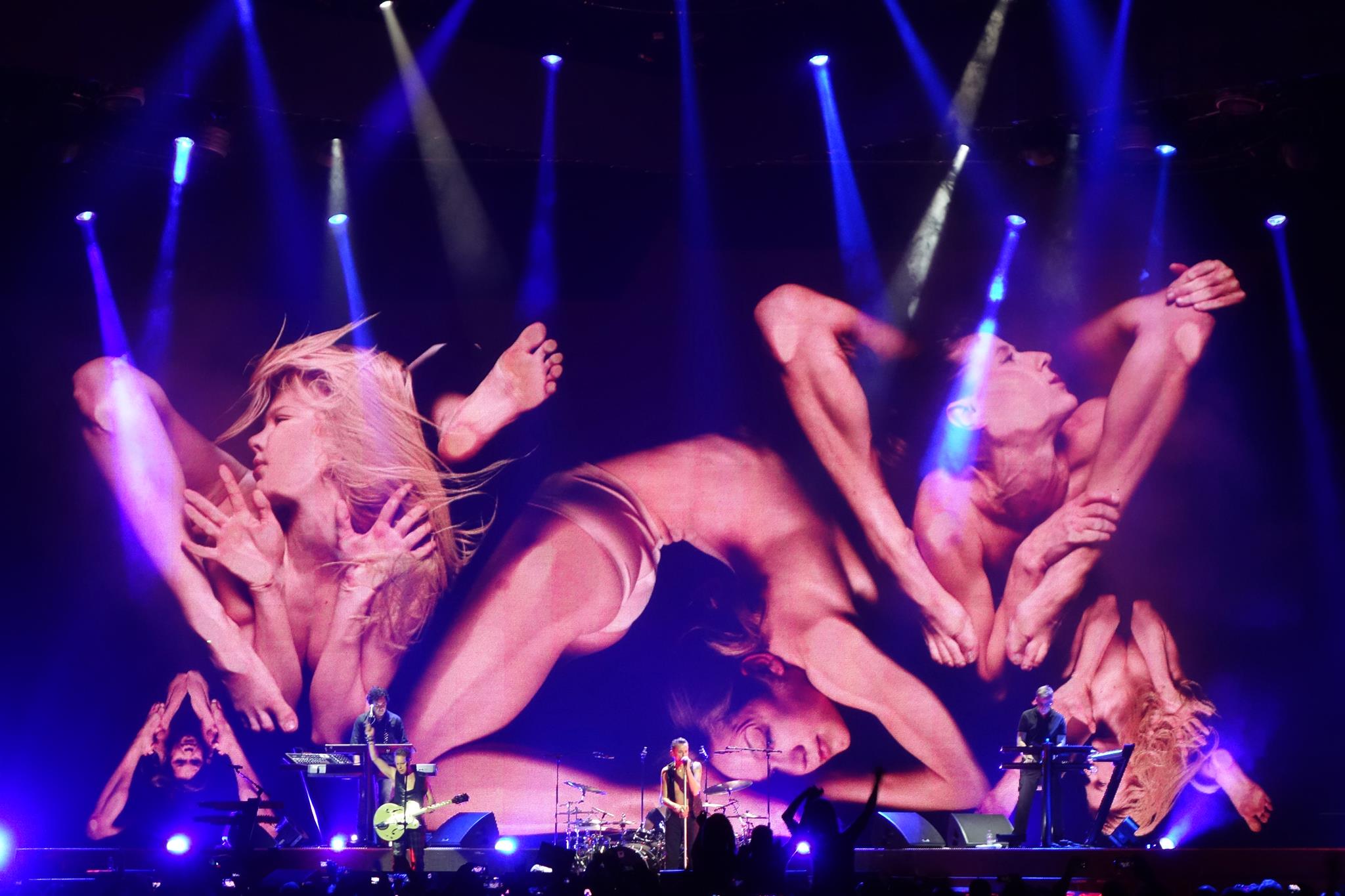 Depeche Mode, the famous 1980s band which named itself after a French fashion magazine of the same name, came from nowhere to lead an electronic music invasion and inspired a worldwide cult-like following. In an era of conformity, Depeche Mode made their mark by not fitting in. They were reluctant and unlikely musicians from England who were thrust into pop stardom during the 80s. And at the top of their game, life in the spotlight nearly destroyed them. Their success affected them more than anything and that was one of the biggest reasons they went astray. Let’s take a closer look into the career of Depeche Mode, the eclectic and misunderstood outsiders who styled and defined the electro pop movement of the 80s. And as Depeche Mode’s super hit ‘Enjoy the Silence’ says, “words are very unnecessary, they can only do harm”, we are going to balance the words in this blog by featuring a lot of Depeche Mode’s music throughout.

The group has been a trio since 1995 and its current lineup includes Gahan, Gore and Fletcher. Touring and session musicians generally fulfil the remaining musical duties. During 1980, while Depeche Mode were playing gigs around London, they were approached by Mute Records. As a result of that, a string of singles including ‘Dreaming of Me’ and their first ever UK Top 10 hit, ‘I Just Can’t Get Enough’, were released.

The band’s debut album, Speak and Spell was released in 1981. Despite mixed reviews, the synthpop album reached top 10 on the UK charts. The majority of the songs on the album were written by Vince Clarke, who departed after this album and Martin Gore took over the main songwriting duties. As a result of that, this album is sonically and thematically much lighter than Depeche Mode’s follow up albums.

After a few shows and some more singles, Depeche Mode released their second album, A Broken Frame in 1982.  It featured hit singles like ‘See You’ and ‘The Meaning of Love’.

The official addition of keyboardist Alan Wilder to the band, produced a more synthesizer and sample heavy sound for the next album. Influenced by Industrial music, 1983’s Construction Time Again featured the UK Top 10 hit, ‘Everything Counts’, showcasing the album’s socio-political theme.

In 1984, Depeche Mode released Some Great Reward. This was the band’s first album to enter the US charts and featured hits like ‘Master and Servant’ and ‘People are People’, the song reached the top 5 across many European countries as well and gave the band some international exposure.

In 1986, the band dropped Black Celebration. On this album, the band’s industrial pop style was blended with an atmospheric sound, and the lyrics were significantly darker. It spawned hit singles such as ‘A Question of Time’ and ‘Stripped’.

In 1987, Depeche Mode released Music for the Masses. This album experimented even more with synthesizers and became their highest charting US release till that date. It featured singles such as ‘Behind the Wheel’ and ‘Strangelove’.

A breakthrough American tour followed and was chronicled in the 1989 concert documentary and live album, 101. However, it was the 1990 album Violator that turned Depeche Mode into worldwide superstars. The bestselling record became the band’s first to reach the Billboard 200 Top 10. It also spawned some of Depeche Mode’s biggest hit singles, ‘Policy of Truth’, ‘Personal Jesus’ and ‘Enjoy the Silence’.

1993 saw the release of the band’s next album, Songs of Faith and Devotion. The album featured both grunge and gospel influences on the band’s electronic dance sound. The album debuted on the top of both the UK and the US charts and produced successful singles like ‘Walking in My Shoes’ and ‘I Feel You’.

The subsequent tour was documented in the Grammy nominated concert video, Devotional. The band underwent a period of turmoil between 1993 and 1997. Keyboardist Alan Wilder departed the band in 1995 and lead singer Dave Gahan overdosed on drugs. After his rehab, Depeche Mode released Ultra in 1997. It reached number 1 in the UK charts and number 5 in the US chart. Notable singles included ‘It’s No Good and ‘Barrel of a Gun’.

The band’s next studio album was the minimalist sounding Exciter. It was released in 2001 to mixed reviews and spawned the single ‘Dream On’ (not an Aerosmith cover).

In 2005, Depeche Mode released Playing the Angel. This album reached the top 10 of both the US and UK charts and had a hit single in ‘Precious’. It was also the band’s first album to feature Gahan as a co-writer.

Their twelfth studio album, Sounds of the Universe was released in 2009 to mostly positive reviews, peaking within the top 5 of both the US and UK charts. It featured the hit single ‘Wrong’.

In 2013, Depeche Mode released their first album under Columbia Records, Delta Machine. The album debuted in the top 10 of both the US and UK charts and spawned the singles ‘Soothe My Soul’, ‘Should be Higher’ and ‘Heaven’.

The band’s fourteenth and latest studio album, Spirit was released in 2017 to positive critical reviews and the band undertook a global tour in its promotion. Once again, it debuted in the top 10 of both US and UK charts. It featured hit singles like ‘Where’s the Revolution’ and ‘Cover Me’.

Thanks to their ground-breaking sampling and recording methods, Depeche Mode have become one of the most popular and influential electronic music acts of all time. Their dark lyrical themes and musical atmosphere have even led to metal bands such as Rammstein (Stripped) and Lacuna Coil (Enjoy the Silence) covering their songs.

Bespoke Tranche Opportunity – All You Need to Know