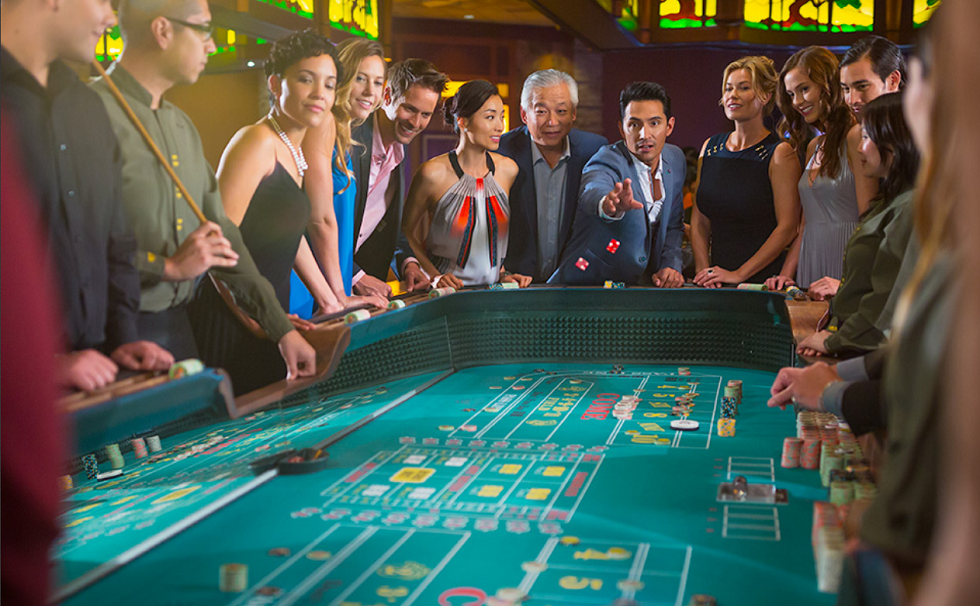 Pechanga Resort is the largest Native American casino in California. It has a 188,000 square foot floor space, 154 table games, 4,500 slot machines, a 25,500 square foot spa, 1,090 hotel rooms, 20 bars, and restaurants. The resort is located in Temecula, Riverside County, and it was established in 2002. It has a huge Journey at Pechanga golf course, 13 spas, and pools.

10Best.com discovered in a nationwide poll in June 2015 that Pechanga Resort Casino was the most popular Native American casino in the United States. It defeated other Native American casino operators in the Atlantic City, Southern U.S., and Las Vegas. The resort completed a $300 million expansion project in 2018 after adding another hotel wing on its southern side.

Harrah’s Resort sits on a 56-acre land 50 miles South West of Asheville near the Great Smoky Mountains National Park. It had a $650 million project that comprised adding another hotel tower, a 3,000-seat center, new retail, and food details and expanding its casino floor. The casino resort announced in 2017 that it would add a parking deck, an entertainment venue, and 800 hotel rooms.

Foxwoods Resort Casino has a 344,000 square feet floor. The Mashantucket Pequot tribe operates it and it is in Mashantucket, Connecticut. The resort casino has five hotels with many restaurants, shopping outlets, bars, and luxurious rooms. Besides, it has 280 table games and 4,369 slot machines.

San Manuel Casino is located in California and the San Manuel Band of Mission Indians operate it. The tribe opened it in 1986 as a bingo parlor. It has a gambling floor of more than 220,000 square feet, has over 150 table games and 4,200 slot machines. Also, San Manuel Indian Bingo and Casino has a variety of entertainment and dining options.

You May Like: The 10 Most Popular Casino Games Played in India

The Muscogee Nation of Oklahoma operates the River Spirit Casino. It is located on Arkansas River south 81st, Oklahoma. The casino opened the Margaritaville Casino and Restaurant in August 2016 after it added a convention center, a 483-room hotel, a 2,500-seat event venue, and 1.2 million square feet.

WinStar is the biggest casino in the U.S. and it is located in Thackerville, Oklahoma. The Chickasaw Nation operates it and the federal government recognizes it as a self-governing Indian tribe. The casino has a 519,000 square feet gambling floor, nightclubs, 7,400 slot machines and tens of gaming tables.

Beautiful Ways to Propose to a Girl

How Much Do Church Chairs Cost?

What Can You Buy from the Exotic Meat Market?